The meaning of the term Pop Art can be interpreted in two ways, on the one hand as an abbreviation of "popular art", but also in the original meaning of the verb "to pop". It's meaning is generally understood in the second variant, the term was coined by he British art critic Lawrence Alloway in 1955.
Pop Art is a tendency in art that developed almost simultaneously in the USA and Great Britain in the 1950s, for some time it can even be regarded as the most influential post-war style. Pop Art can also be understood as a figurative counter movement to Informel and Action Painting and also referred to the accomplishments of Dadaism, especially in terms of material and object esthetics.
The popular aspect of Pop Art are its trivial motifs that are often borrowed from billboards, consumer goods or other elements of urban life. Pop Art thus attained to ennoble mass objects to art. Everyday objects of utility are taken and isolated from their original context, thus they are focussed and their content is altered. In doing so, Pop Art also reflects the life of individuals in industrial societies.
A favorite mode of representation in Pop Art was the serial sequence of an object, which made mass production in the industrial age a topic for art in terms of new techniques. Silkscreen and photomontage are popular techniques of Pop Art.
Among the most important representatives of Pop Art count Andy Warhol, Roy Lichtenstein, Jasper Johns, Robert Rauschenberg, Tom Wesselmann, James Rosenquist, Claes Oldenburg and Richard Hamilton. In France the artists of the "nouvelle figuration" and "figuration narrative" were quite influenced by Pop Art; in Germany Pop Art found a politically motivated reception in form of "Critical Realism" and similar tendencies. In Italy the tendency was taken on by Enrico Baj, Mimmo Rotella and other, members of the Florentine "Gruppo 70" were also influenced.
More Information
+
Sell
You would like to sell a similar object?
+
Offers
I would like to receive information on future offers for Pop art
+
More Information for buyers
+
Sold lots for Pop art Top 100 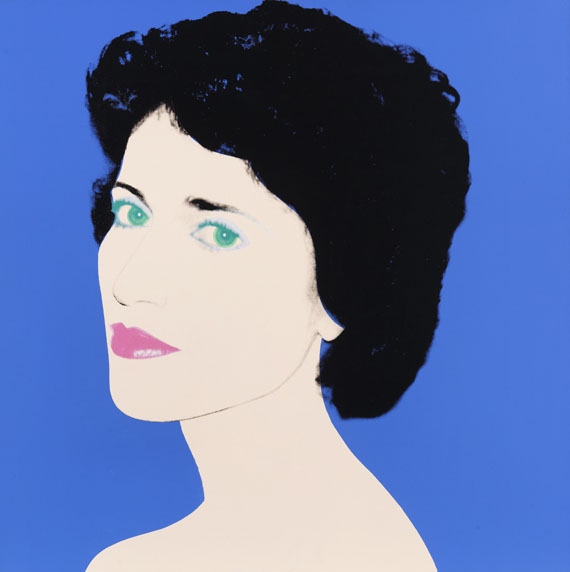