Marine painting is a subgenre of landscape. Since it features representations of battles at sea and the like, it also has close affinities with history painting. The subjects dealt with in marine painting are, as the name implies, the sea and sea coasts, ships, harbours and views of cities from the sea. Although marine painting first appeared in 17th-century Holland, the term for it was not coined until the 19th century. Marine painting was in its heyday in the German Empire, which attached so much importance to building up the fleet. Here the most popular subjects were battles at sea and the ships of the Imperial Navy as well as historic ships and battles. The following were well-known marine painters:
Willy Stöwer (1864-1931)
Johannes (Joh's) Holst (1880-1956)
Claus Bergen (1885-1964)
Robert-Schmidt Hamburg (1885-1963) 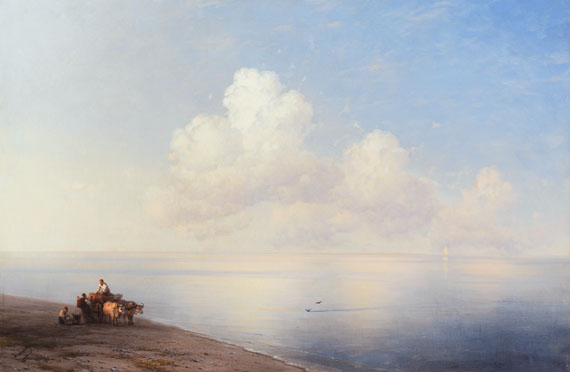