Two different genres - landscape painting and the depiction of both fantastic and sinister dream worlds - mark the field of English Romanticism in the first part of the 19th century.
Landscape paintings by Joshua Reynolds and Thomas Gainsborough already hint at Romanticism, such as the sublime encounter with nature, typical for the entire epoch. Landscape painting reached its heyday with Joseph Mallord William Turner (1775-1851). Turner's revolutionary landscapes, which seem almost abstract with their virtuosic lighting and choice of colors, express symbolic contents and make nature a conveyor of mental states. Turner is not so much interested in peaceful nature, but more in dramatic landscape scenes and the forces of the elements, so that high-piled clouds, pouring rain, storm, sunrises and dashing waves captivate the observer.
Johann Heinrich Füssli (also called Henry Fuseli, 1741-1825) and William Blake (1757-1827) are the main representatives of a more fantastic Romanticism. Füssli, a born Swiss, spend most of his life in England. The human figure is in the center of his works, however, it is not so much the individual but more the allegoric figure, which can be found in the frequently used theme "Nachtmahr" (Nightmare). A close friend of Füssli was William Blake, who was without any success during his lifetime. It was not before a few years after his death that he became acknowledged and is today regarded as the precursor of Symbolism. Blake's importance is not only based on his paintings, which mostly show mystic visions, but also on his literary works that comprise prose as well as art theory. Both focal points are nourished by a deep spirituality, mysticism and esotericism. Both Füssli and Blake had a great impact on the Pre-Raphaelites. 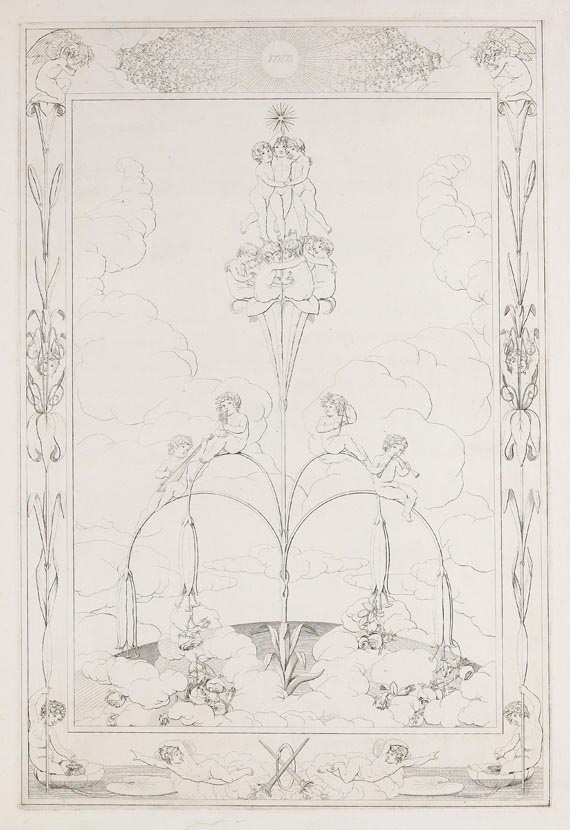