Children's books are not only books of fairy tales, like the famous stories by the Brothers Grimm, the term denotes a much bigger variety. The classification children's book generally refers to all writings considered suitable for children and youth. The category comprises books especially written for a young readership, as well as those adapted for young people. Accordingly, children's books can also be single sheets of popular prints, picture sheets and picture books, as well as spelling books, primers, etiquette guides, fairy tales, narrations and novels for children and youth, as well as comics and so-called pop-up or movable books.

Apart from their cultural and historical significance, old children's books have a very special charm. In the history of illustration the childrens book occupies a special position, as its educational relevance for the development of children was discovered as early as in the late 17th century. The roots of adolescent literature go back to the early days of book printing. One example of an early children's book is the religious work Seelentrost from 1487 or Der Jungen Knaben Spiegel by Jörg Wickram from 1554. In their days of origin no difference was made between children's books and school books. The two text genres became individually perceived with the development of school systems and the consequential decline of private lessons. Children's books had their first heyday in the late 18th century, when well-known authors, scientists and educationalists like J. B. Basedow, J. H. Campe and F. J. Bertuch wrote books for children and youth. Bertuchs great work Bilderbuch für Kinder, which is highly sought-after at auctions, is one of the most famous encyclopedic works fro children and became one of the most precious gems for collectors of illustrated books" (E. Strobach in Philobiblon XIII, 255 ff.). It can be found in many choice rare book collections or bibliophile libraries.

Aforementioned childrens books put focus on moral instructions, while entertaining elements were less important. On contrary to this trend, romanticist authors preferred the kind of children's books that were not so much concerned with educational contents, namely folk tales, puppet shows, sagas and legends. Among the most significant children's books of Romanticism we find Des Knaben Wunderhorn from A. von Arnim and C. Brentano and the Children's and Household Tales by the Brothers Grimm. In the course of the 19th century childrens books were characterized by moral impulses of Biedermeier and Realism, whereas they also integrated tendencies of Romanticism. Examples thereof are the children's book Max und Moritz by Wilhelm Busch (1832-1908) and Der Struwwelpeter from Heinrich Hoffmann (1809-1894). Over the decades Heinrich Hoffmanns story about the Struwwelpeter from 1845 had great influence on both children and parents. His Lustige Geschichten und drollige Bilder is "doubtlessly the most successful book of German childrens literature" (Doderer/Müller). Both the Zappel-Philipp as well as the work Die gar traurige Geschichte mit dem Feuerzeug influenced moral views of many families.

Towards the end of the 19th century Art Nouveau coined the pictorial perception of childrens books anew. Gerlachs Jugendbücherei combined sagas, fairy tales, narrations, cradle songs and droll stories with charming late Art Nouveau illustrations. Around 1900 the Vienna Art School made a sensational artist book for children with the participation of nine artists. What made for the pictures special appeal was the method of pictorial reduction. The stencil technique deconstructs visual content into a few two-dimensional elements that are reduced to a minimum of recognizable shapes. However, Delavillas Ein trauriges Stücklein is a rather unknown work. "The hand prints that were made in Vienna in 1906 were published in very small print run by Julius Zeitler in Leipzig in context of the 'Jung-Wiener Versuchsdrucke' (allegedly 30 copies). The small book is one of those precious works which have an aesthetic appeal that was not aimed at children" (Schug). Estimated at 500 , the rare book realized a price of 7,200  in a German auction in 2012.

Movable books and pop-up books are unusual examples of children's books. Even today they enjoy great popularity in German and international auctions. Lothar Meggendorfer (1847-1925) has influenced modern book designers and artists up until today. He was the first to show how illustrations can become mobile, long before animation films and modern interactive media like the internet came into existence. His Bildergeschichten count among the precursors of comic strips. The Internationale Zirkus is his most beautiful and most animate pop-up book. One of his decorative movable books with silhouette figures was published with the title Bewegliche Schattenbilder in1887, in 2014 it realized twice its estimate price when it was sold in a German auction with a hammer price of 3,300 . One of the earliest movable books from the German language region comes from the Austrian Leopold Chimani (1774-1844). The work with the title Die beweglichen Bilder mit der Beschreibung einiger schönen Umgebungen Wiens includes pictures of, for instance, a masked ball, as well as hunting and dance scenes with pull mechanisms.

Artist childrens books from the early 20th century are particularly souht-after today. With its movable elements and stencils, Tom Seidmann-Freuds (1892-1930) Buch der erfüllten Wünsche is her most complex and most accomplished work, the artist with the unusual name also made playful spelling and arithmetic books. The Austrian designer Joseph Maria Olbrich (1867-1908) created the highly treasured picture book Es war einmal, which was met with increasing popularity in auctions over the past years. Lily Hildebrandts work Klein-Rainers Weltreise (1918) is one of the most outstanding experimental picture books, it shows a world of largely abstract images composed of pieces of colored paper.

Another important aspect of this era of the childrens book is the emergence of literature for girls. For example, E. von Rhodens Trotzkopf and J. Spyris Heidi were very popular with a young female readership. Adventure literature, on contrary, was intended for young boys. Among the most important authors we find K. May, C. Sealsfield and F. Gerstäcker. While the Nazis had strong influence on childrens and youth literature during the Third Reich, two different traditions of children's books developed in East and West Germany after World War II: Authors in East Germany largely followed Soviet children's books, while the range of childrens literature in West Germany was extended by English, American and Scandinavian children's books. Initially the books were mainly characterized by fanciful themes, while realistic tendencies with a socio-educational approach gained foothold in the 1980s. Magical childrens books like The Neverending Story by M. Ende or J. R. R. Tolkiens The Lord of the Rings were also popular with an adult readership. The latest example of this trend surely is the tremendously successful series of Harry-Potter books by J. K. Rowling. Ever since children's books have been increasingly acknowledged as a serious form of literature.
More Information
+
Sell
You would like to sell a similar object?
+
Offers
I would like to receive information on future offers for Children' s books
+
More Information for buyers
+
Sold lots for Children' s books Top 100 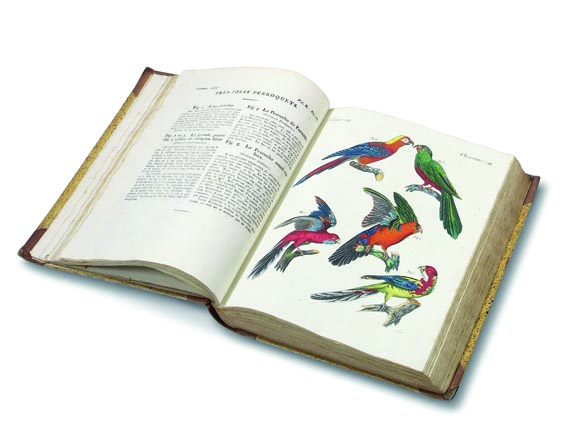