Aquatint is a technique used to create plates in printmaking that is more rarely used alone. Unlike etching as such, aquatint is not based on etching lines but rather on creating surfaces by etching them. Fine powdered rosin (formerly known as colphony) fused to the warmed plate to be used in printmaking; each grain of the rosin dust protects the metal beneath when the plate is placed in an acid bath. On the plate what later becomes a large, continuous surface consisting of numerous minute metal fillets and pits, which take on the color. Etching the surface in this way results in a very dense yet delicate grain, which also permits the creation of half tones in printing. Aquatint is probably the intaglio process that produces the most painterly effects. Prints made in the aquatint technique resemble ink drawings washed with watercolor. The rosin dust method was invented between 1765 and 1769 by the Frenchman Jean-Baptiste LePrince. Francisco de Goya (1746-1828) and Joan Miró (1893-1983) are among the distinguished artists who have worked in aquatint. Aquatint is often used in combination with line etching or line engraving. 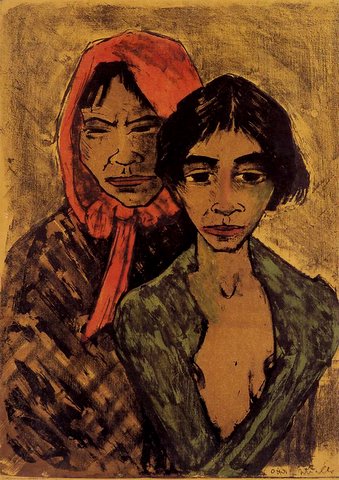