An antiphonary (Antiphonarium - Antiphonal - liber antiphonarius - Antiphoner) is a book containing the antiphons and antiphonal chants [Greek: "antíphon" = sung in response] used by the choir in the Roman Catholic divine service. The Psalms were sung antiphonally in Early Christian times. The liturgical use of antiphonal chants is recorded for the Roman Catholic liturgy since the very earliest centuries. Antiphons have only been sung at the beginning and ending of a Psalm since the Early Middle Ages. The contents of the Antiphonary used in the Western Church go back mainly to Gregory the Great, who collected the texts known, arranging and completing them. Originally a distinction was drawn between the "Antiphonarium Missarum" or Graduale, which is the collected antiphons used in celebrating mass, and the "Antiphonarium Officii" (also known as the "liber officialis"), which contains the responses used at the Canonical Hours. The "Antiphonarium Missarum" was first published in 1571 and later often appended to the collected works of Gregory the Great. The "Antiphonarium Officii" were first printed in 1686. Nowadays the term Antiphonary usually refers to the compendium used in monastic establishments, which contains the Psalms as well as the songs used at the beginning and ending of the days and years sung on Sundays and festivals. 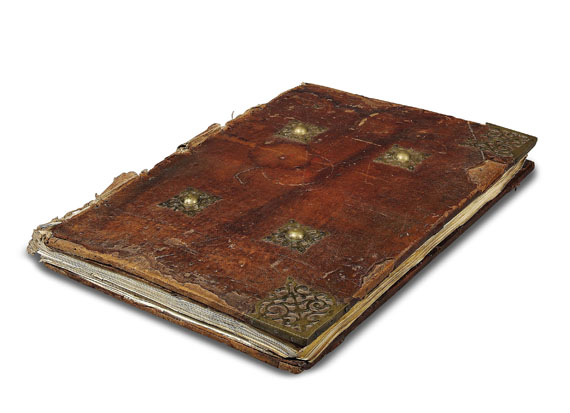