Brilliant satirical observation of the elegant world of the Berlin Westend.

Essay
The upper class that had emerged in Germany in the 1920s enjoyed its privileges to the fullest despite all political turmoil. The beautiful young and emancipate woman is the symbol of this social class, almond-eyed, androgynous and unbelievably skinny. She is fully aware of all her freedom. She does sports, smokes, wears mans clothes and has a mundane and bored expression. Dodo x-rayed this social class like no other, showing both its sleek surface as well as the emptiness underneath. The illustration is inscribed as follows: " That's life: Lacoste always beat me - Froitzheim (Otto Froitzheim, 1884-1962, German tennis champion) was a friend of mine and now I'm married to a tennis ball producer weighing more than two hundred pounds".
More Information
+
Sell
Would you like to sell a similar object?
+
Register for
(d.i. Dörte Clara Wolff) Dodo
+
Buying from A-Z
+
Contact a specialist
Share 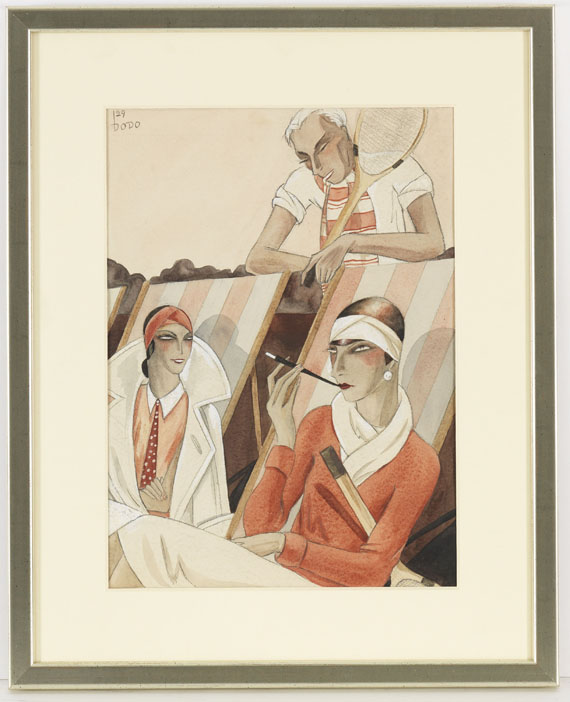 You might also be interested in
+
and all other offers
(d.i. Dörte Clara Wolff) Dodo - lots sold by Ketterer Kunst
+
all