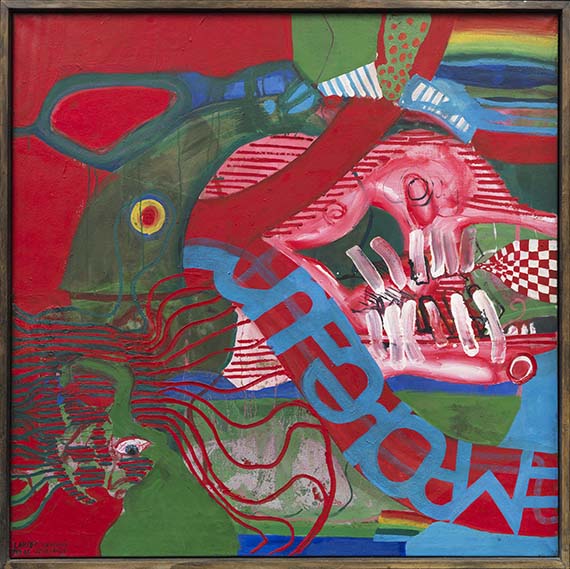 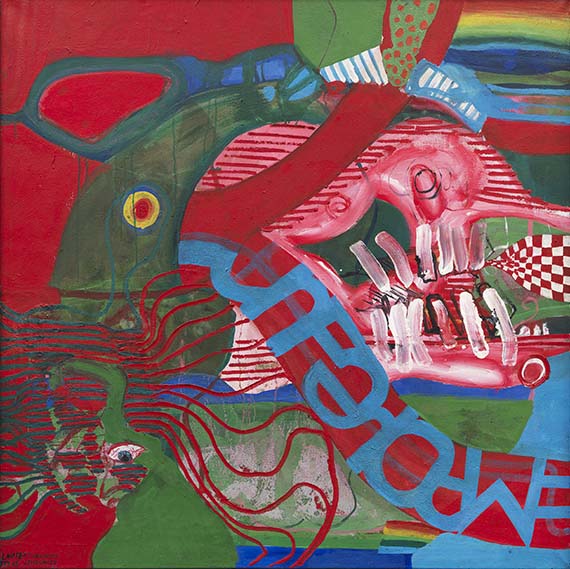 • "Uwe Lausen's work is one of the strongest figurative creations in 1960s Germany" (quoted from a press release of Schirn Kunsthalle 2010).
• Privately-owned for more than 35 years.

PROVENANCE: Galerie Gunzenhauser, Munich.
Private collection Baden-Württemberg (acquired from the above in 1984).

Martians stand for the human dream/nightmare of extraterrestrial life. In the early 1960s, public interest turned to the exploration of the Red Planet by the Soviet Union and the United States. The world powers of the Cold War started exploration missions to learn more about Mars. In 1964, the USSR succeeded in approaching Mars for the first time with the Marsnik 2 probe. The American probe Mariner 4 sent the first images of the red planet Mars to Earth in June '65, a good 3 months after the creation of our work. It raises the question of whether water exists or did exist as the basis of the life the way we imagine it on Mars. Uwe Lausen does not provide a clear position on this, but he makes the Martian, the "little green man", cry. Perhaps the title alone is statement enough to mourn the loss of the untouched nature on the distant planet. Uwe Lausen struggles and is ultimately crushed by the earthly, man-made tragedy of the world wars and the society into which he was born.
In term of form, our work shows the influence of Friedensreich Hunderwasser on Uwe Lausen‘s works of the mid-1960s. Lausen admired Hunderwasser deeply. This way a narrative playfulness reduces the brutal elements of the presentation. Uwe Lausen found his way to the razor-sharp and brutal composition of his later works through a permanent examination of Hundertwasser's work.
Uwe Lausen was already very successful during his lifetime. In addition to several individual exhibitions, his works were purchased by well-known museums. He was honored in exhibitions in, among others, Stuttgart (1963), Munich (1964 and 1965), Paris (1964) and Berlin (1966). But this success cannot compensate for his inner disruption: The person Uwe Lausen was crushed by narrow minded and ultra-conservative post-war society in Germany and he committed suicide at the age of 29. [EH]
More Information
+
Bidding Options
+
Bid by telephon / written
+
Contact a specialist
+
Buying from A-Z
+
Preview & Auction Procedure
+
Catalogue Order
+
Register for
Uwe Lausen
+
Uwe Lausen Biography
+
Sell
Get a free appraisal for a similar object!
Share 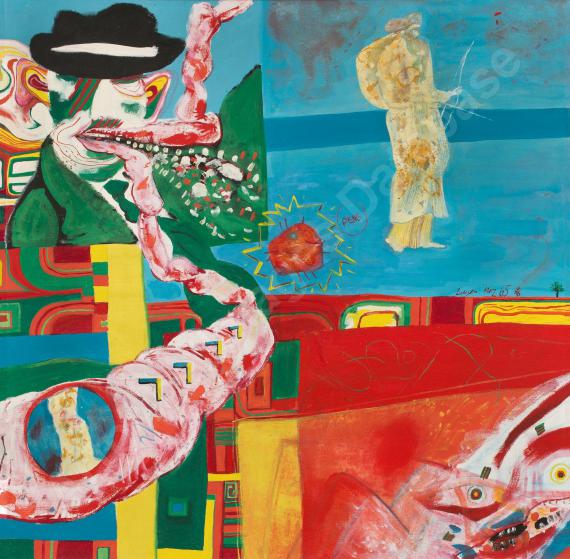 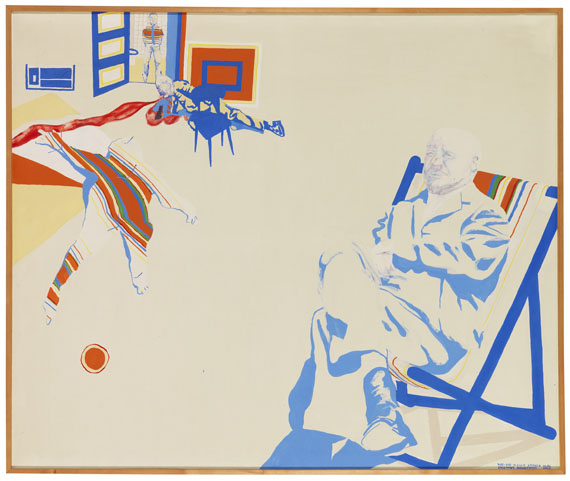 UWE LAUSEN
VOO-DOO in einem..., 1967
Sold: € 87,500
You might also be interested in
+
and all other offers
Buyer's premium, taxation and resale right apportionment for Uwe Lausen "Weinender Marsianer"
This lot can be purchased subject to differential or regular taxation.

Resale right apportionment:
In accordance with §26 of German Copyright Act, a droit de suite charge of 2.4% including VAT is levied for original artworks and photographs for the compensation of the statutory right of resale.
Uwe Lausen - lots sold by Ketterer Kunst
+
all