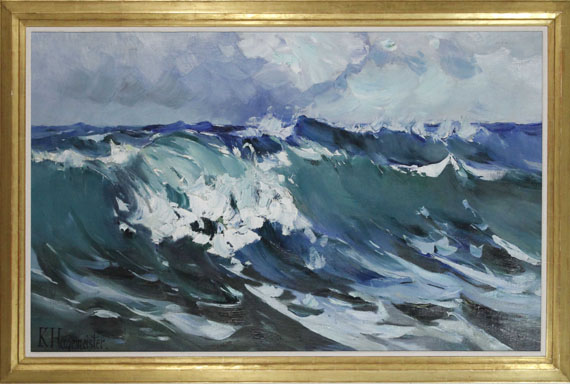 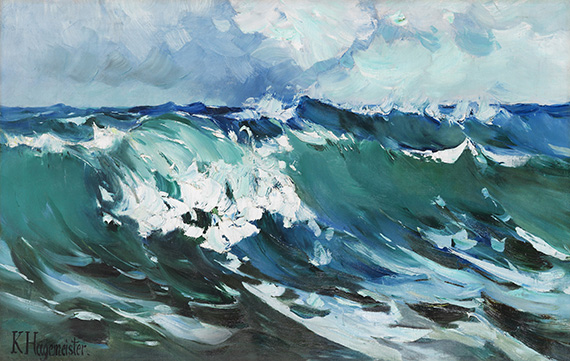 We are grateful to Dr. Hendrikje Warmt, Karl Hagemeister archive & catalog raisonné Berlin, for her kind support in cataloging this lot.

LITERATURE: Dr. Manfred Sonneborn, Karl Friedrich Hagemeister. Gemälde und Zeichnungen eines Märkischen Malers. Inventory catalog (vol. I: Werke in Privatbesitz), Berlin 2010, p. 55 (no. O-09-17).
"When I painted the big wave, which is now shown at the Nationalgalerie, there was a particularly strong storm in Lohme on Rügen, where I painted four big seascapes in two days: one in the morning and one in the afternoon. In between I had a strong coffee. When I was working on one of the pictures, there suddenly was such a strong breaking wave that I got my buttocks wet and half of my oil tubes were lost, but I continued to paint. I was awarded grand medal for this. After I had finished the four sea pictures in just two days I said: "Well, now the storm may as well stop!" (quoted from: Karl Hagemeister, in: Warmt, Hagemeister, Berlin 2016, p. 171)