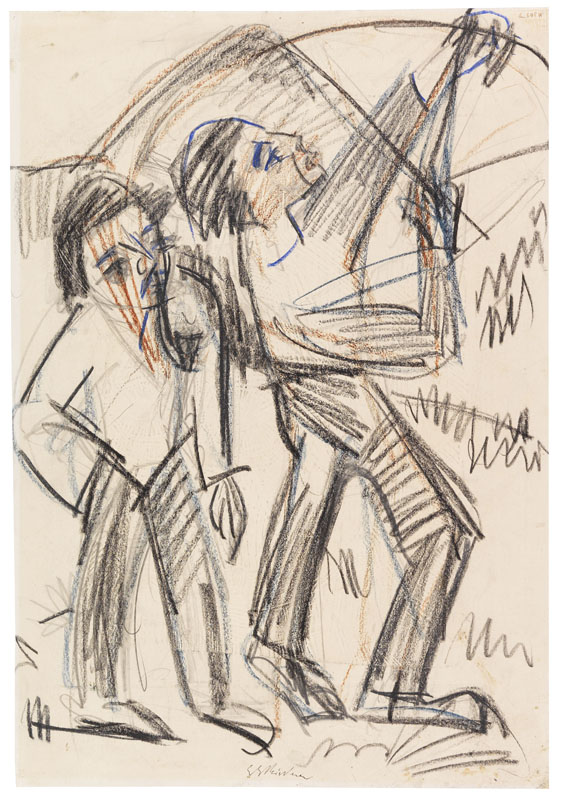 Essay
After Kirchner had slowly recovered from his narcotics addiction in Davos he began to develop a particular liking for his rural surroundings. Despite physical disabilities he restarted working. Drawings of peasant motifs are characterized by are strongly edgy style which is referred to as " Bauernstil" (Peasant Style) in literature. Figuresare plump and with truncatedproportions in comparison with the often excessively elongated figures in works from before World War I. While Kirchner found inspiration in the decadent lifestyle of the hysterical and nervous big city dwellers in the days around 1911, he now saw the primal force of country people as a nw source of inspiration. With great mastery he succeeds in adapting his style to the new surroundings. The years in Davos had a healing impact on Kirchner and he regained his strength, which also led to an artistic reorientation that would be decisive for his later creation. The fact that this works also carries another woodcut on rear is a sign that these days were not entirely free from material constraints. Reusing canvasses that had already been painted on was not unusual of Kirchner. The oeuvre catalog of paintings mentions more than 120 "paintings verso" and the same is also true for his works on paper, of which our drawing is a good example. Due to the relief-like execution the woodcut on verso was surely printed by Kirchner‘s hand.
More Information
+
Sell
Would you like to sell a similar object?
+
Register for
Ernst Ludwig Kirchner
+
Buying from A-Z
+
Contact a specialist
+
Ernst Ludwig Kirchner Biography
Share 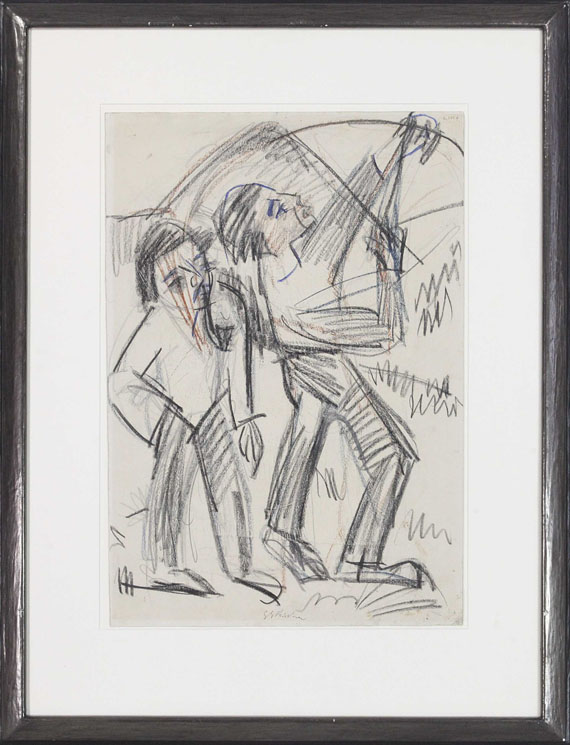