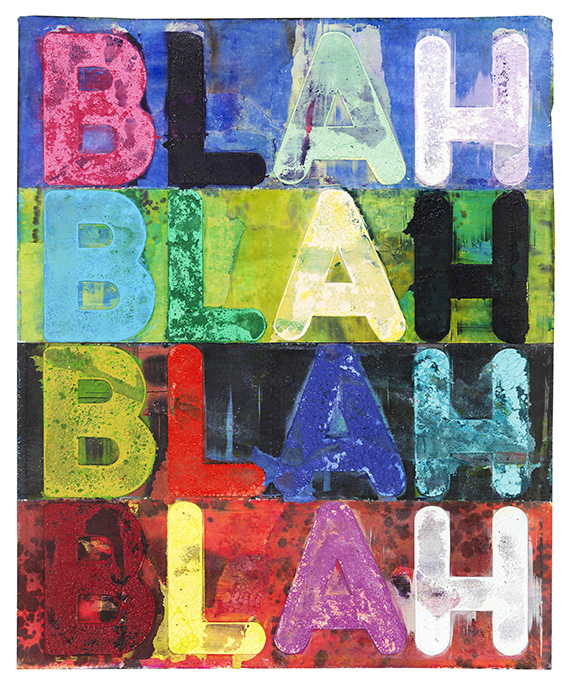 The iconic Blah-Blah motif in the finest known color variant.

PROVENANCE: From the artist's studio.

"By being both experimental and linguistic the color collapses the space between seeing and reading. But it also creates a surplus meaning, a visual meaning one that survives the consumption of the narrative."
Mel Bochner, quote after: Ulrich Wilmes, in: Künstler - Kritisches Lexikon der Gegenwartskunst, Mel Bochner, 90/9, 2010.

Essay
"In the mid 1960s Mel Bochner developed his pictorial language in the context of Minimal and Conceptual Art, of which he was both critical analyst and formal initiator. In those days the late debate, prevailing not only in the New York art scene, was about the examination of the object and its experience as artwork. It was Bochner‘s intention to abolish the one-sided concentration on the artwork as object in space and to establish a conception based on the analysis and the representation of any sort of context and relationship. Language and numbers serve him as rational systems to described the erratic nature of every verbal utterance or representational form of appearance. […] In the ‘Blah, Blah‘ series balance between artistic and linguistic interpretation is shifted towards painting. […] The phoneme‘s mute litany emerges from the color‘s dark depth or drowns in it – a universal phrase for redundant verbiage. The pictures are characterized by an easy and almost expressive line. They seem to be radically distorted pictures of the loquacity in a society that celebrates communication as end in itself." (Ulrich Wilmes, in: Künstler - Kritisches Lexikon der Gegenwartskunst, Mel Bochner, 90/9, 2010). [CB].
More Information
+
Sell
Get a free appraisal for a similar object!
+
Register for
Mel Bochner
+
Buying from A-Z
+
Contact a specialist
+
Mel Bochner Biography
Share 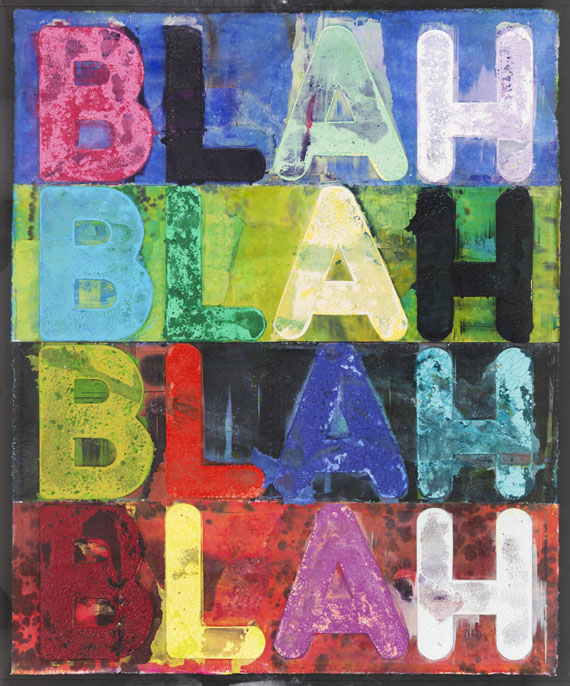