Essay
"25 Cats name[d] Sam and one Blue Pussy" is Andy Warhol’s first artist book. It was made around 1954 in cooperation with Seymour Berlin, who had produced the earlier unbound portfolio "25 Cats". Oh the intended 190 copies only ca.150 were produced. The book’s title goes back to Charles Lisenby, who is mentioned as author. However, the book does not contain any text, just the full-page lithographs in colors showing illustrations of cats that were colored in watercolors by hand. The calligraphic execution of the title was made by Warhol‘s mother Julia Warhola. Warhol kept the typos for he was a great friend of everything coincidental and spontaneous, which is why he made the imperfect part of his work. Julia Warhola moved in with her son in New York after her husband’s death in the 1950s. Warhol used her neat writing for several works. She was also a passionate drawer, her illustrations of cats were published by Warhol under the title "Holy Cats by Andy Warhol's Mother" (1957). Warhol and his mother had many cats, almost all of them were named Sam. At times they gave away kittens as presents for friends. The small book“25 Cats calle[d] Sam and one Blue Pussy" was also a present, most of them came with a personal dedication for friends or clients on the title. This copy from 1954 was a present for the commercial artist Walter Van Bellen, who had supporte4d the artist from an early point on by ordering commission works from him. For the dinner invitation Warhol brought the book and a small Siamese cat as a present for the family. [AP]
More Information
+
Sell
Would you like to sell a similar object?
+
Register for
Andy Warhol
+
Buying from A-Z
+
Contact a specialist
+
Andy Warhol Biography
Share 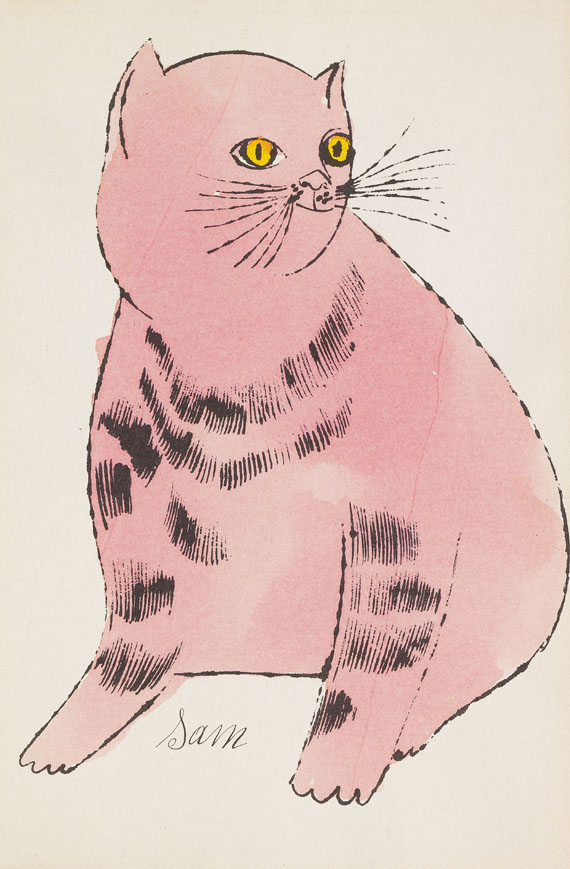 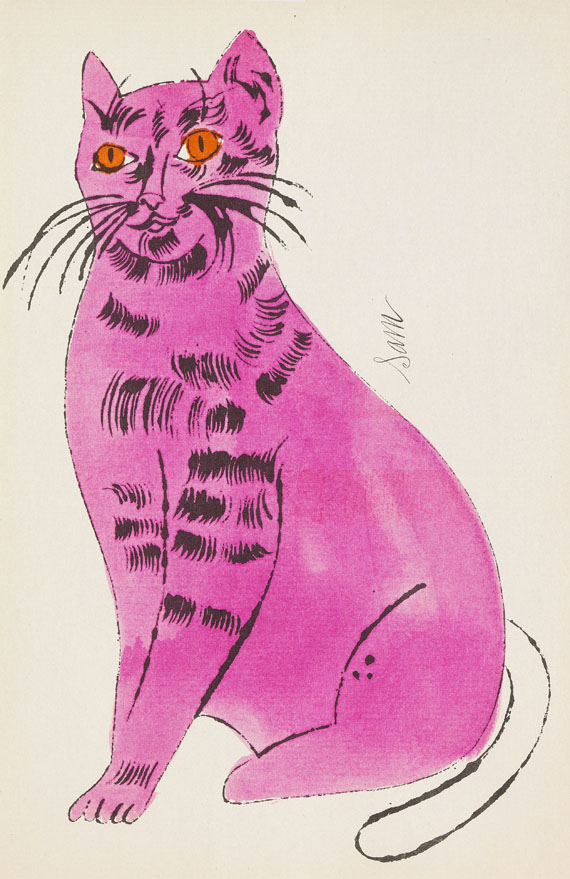 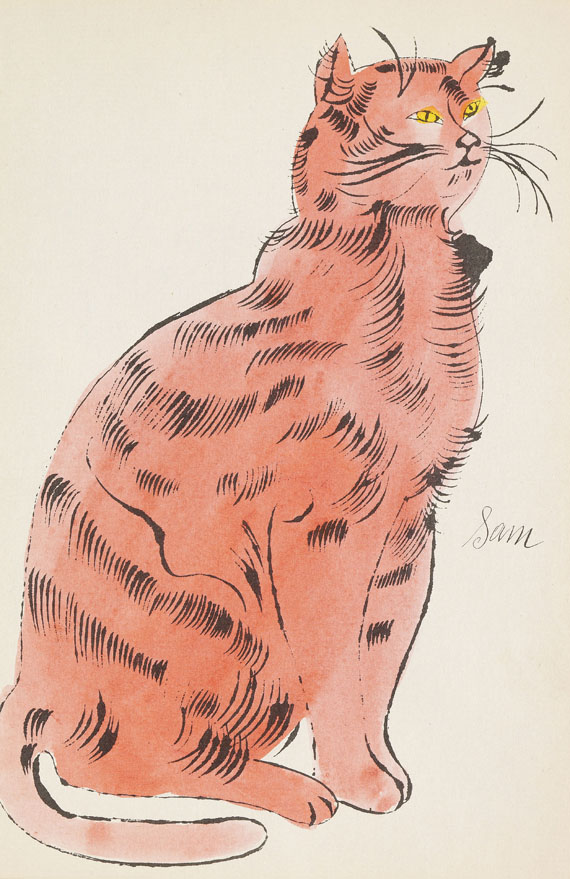 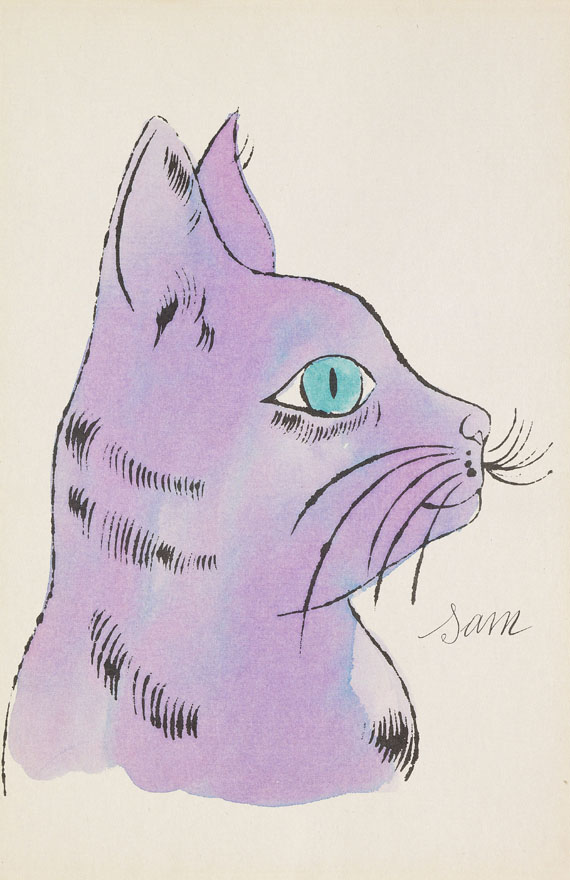 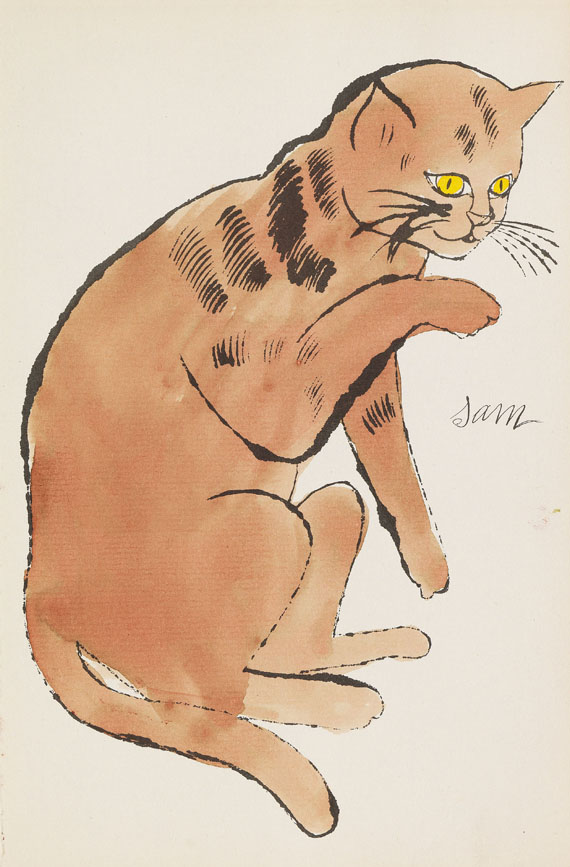 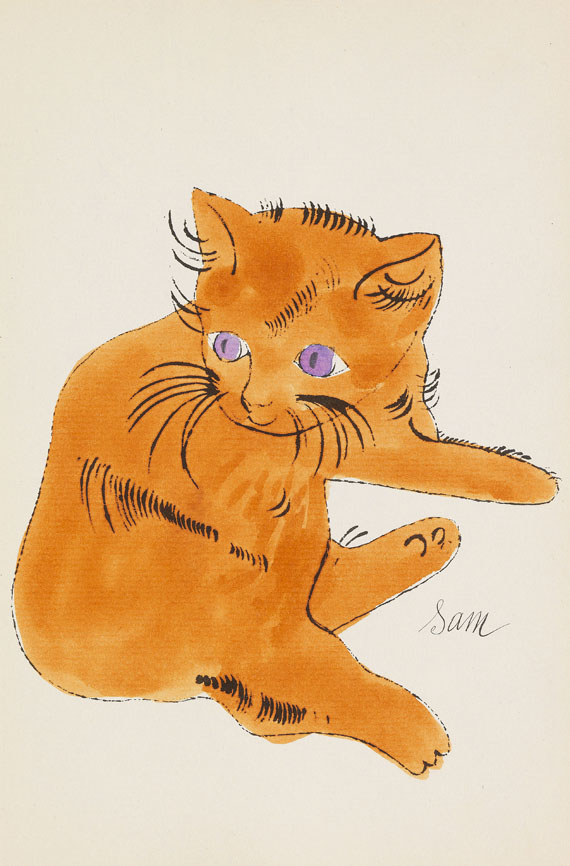 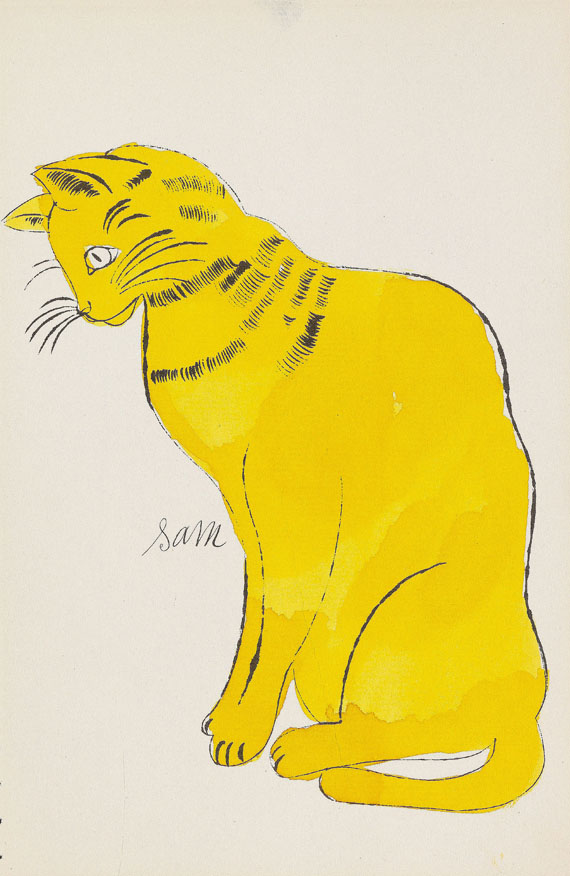 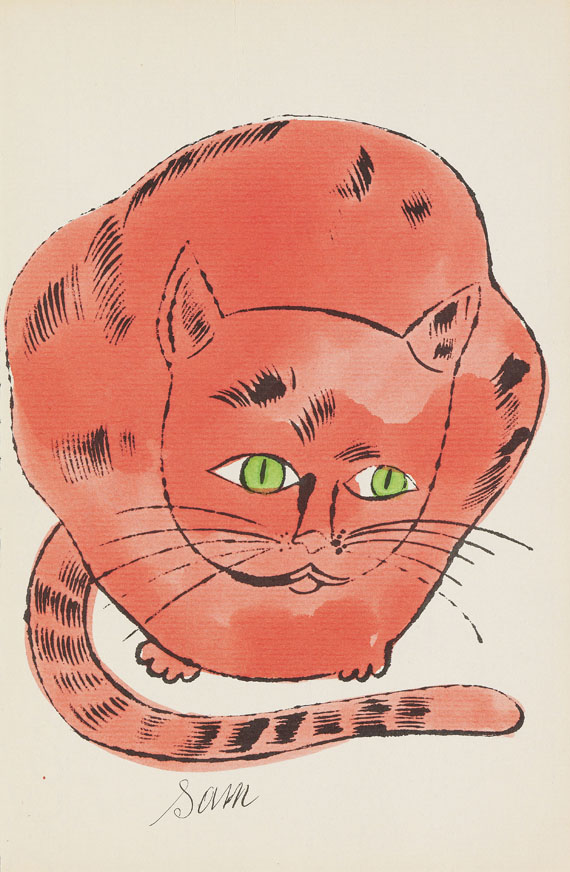 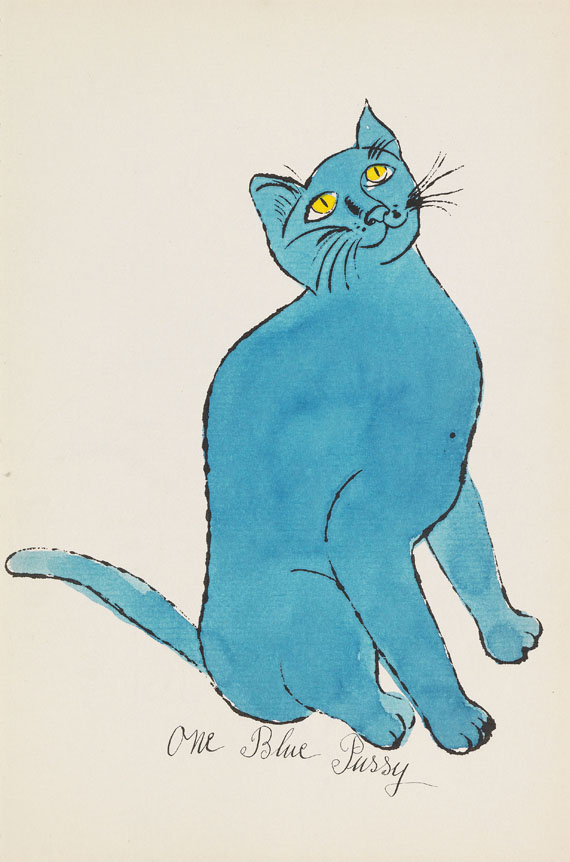 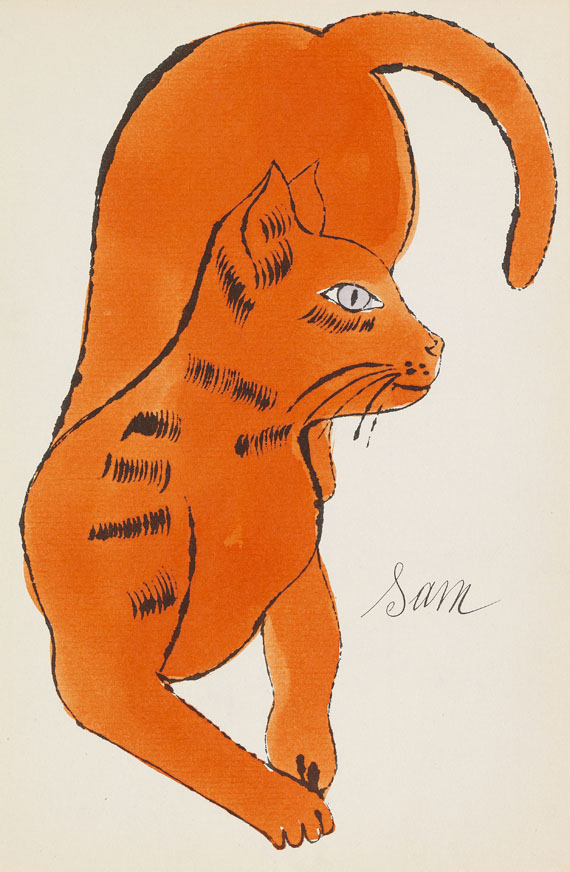 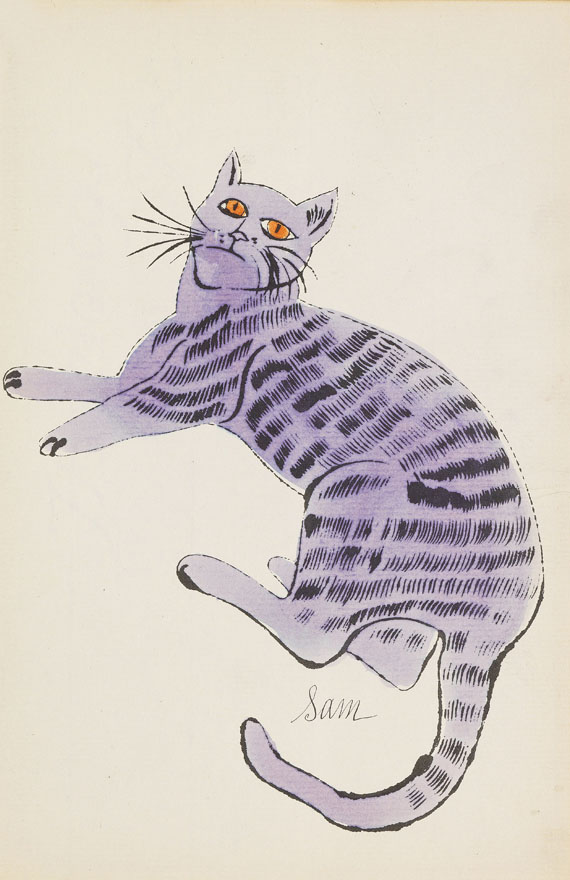 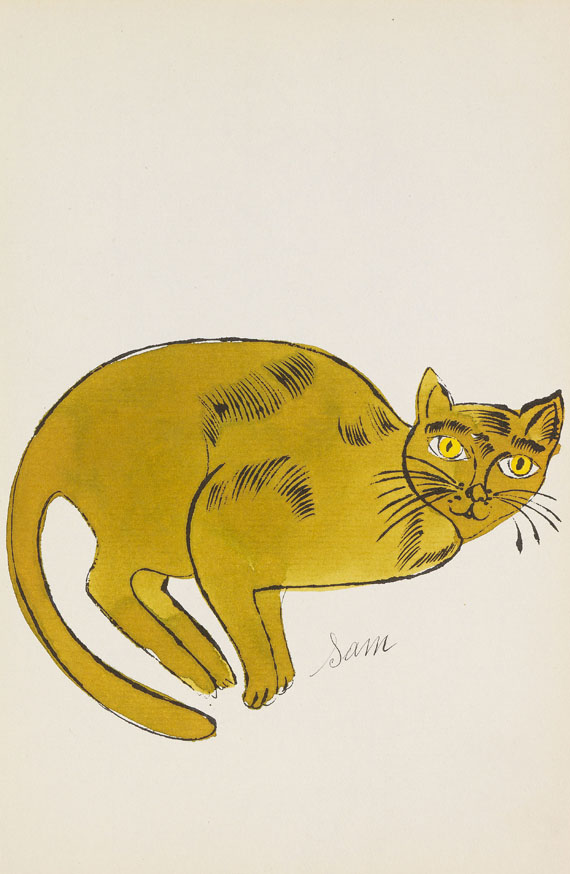