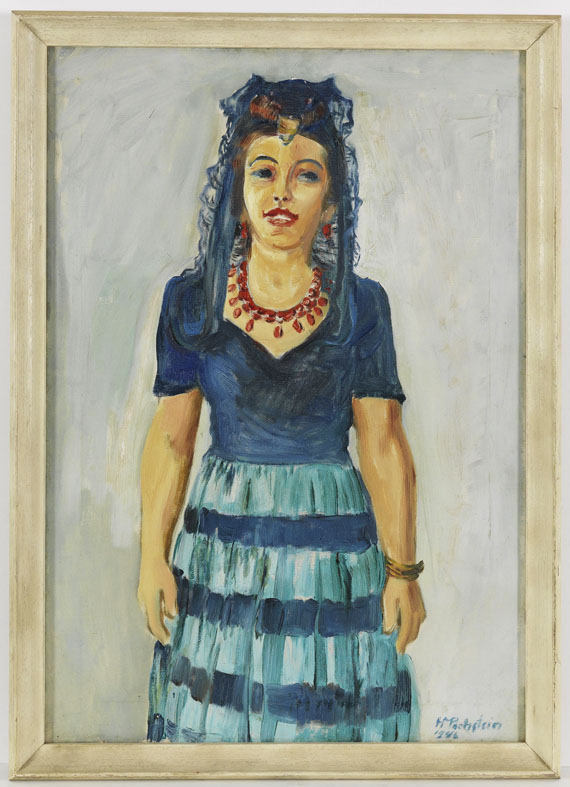 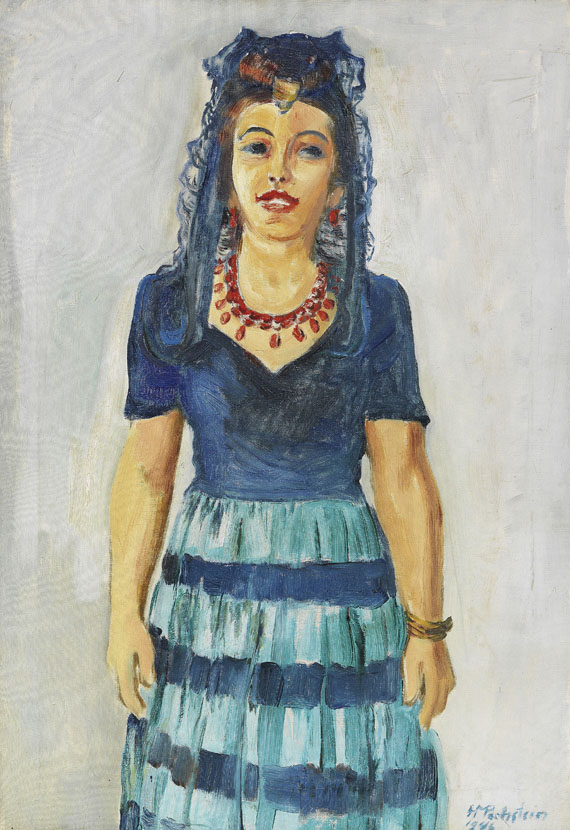 In 1946 Max Pechstein met the American soldier Dr. Michael T. Wermel (1908 -1962) in Berlin. M.T.Wermel was stationed in Berlin as professor of economics and was in charge of the reconstruction of the unemployment insurance after the Nazi regime. He commissioned Pechstein to paint portrays of his wife, a Honolulu native, on several occasions. In 1946 Freda Wermel sat for Pechstein three times: "Bildnis Freda Wermel in Gelbem Kostüm" (Soika 1946/8), "Bildnis Freda Wermel in blauer Bluse" (Soika 1946/9) and our painting "Bildnis Freda Wermel in spanischer Tracht". In this work Freda Wermel does not strike a classic portray pose, instead she faces the observer in a spontaneous and open manner. As it is the case with many of his paintings, the artist uses a lucent red to guide the observer's eye: Freda's red necklace, her earrings and red lips draw the observer's attention straight to her face and her headdress, which the artist sketches in an easy duct. Even though Pechstein just hints at some details, the portray clearly gives the observer an idea of the mood the depicted lady is in. Once more, Pechstein delivers proof of his mastery in portray art.
More Information
+
Sell
Get a free appraisal for a similar object!
+
Register for
Hermann Max Pechstein
+
Buying from A-Z
+
Contact a specialist
+
Hermann Max Pechstein Biography
Share