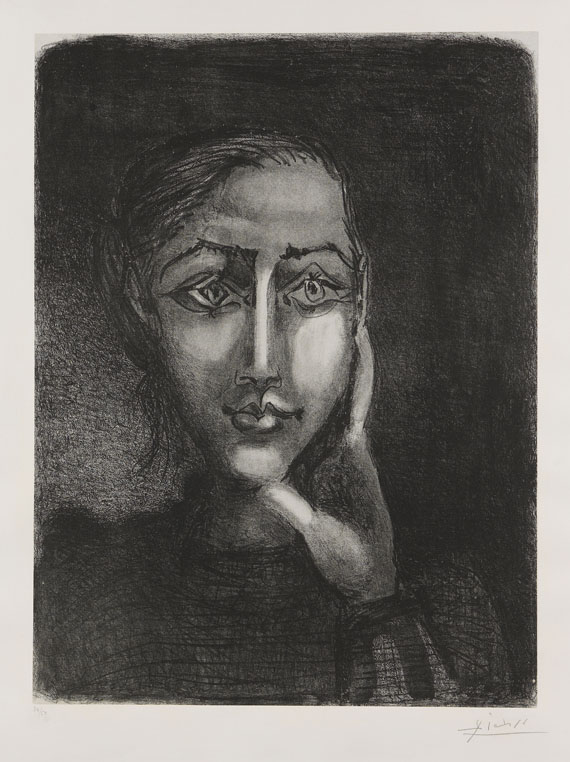 The second, final state of this lithograph was created on 19 November, 1950. The sitter is Françoise Gilot, a French painter and graphic artist of the Nouvelle École de Paris and author. In 1964 she published her compelling autobiography, "Life with Picasso", in which she describes her life from 1943 to 1953 at the side of the 40 years older Picasso, with whom she has two children, Claude and Paloma. Picasso depicts his former life partner in numerous paintings, drawings and graphics.

Picasso is considered the paragon of a modern artist who is forever searching for new means of expression. His enormous oeuvre is full of contrasts, broke with all academic restrictions and liberated art in the 20th century. [DB].