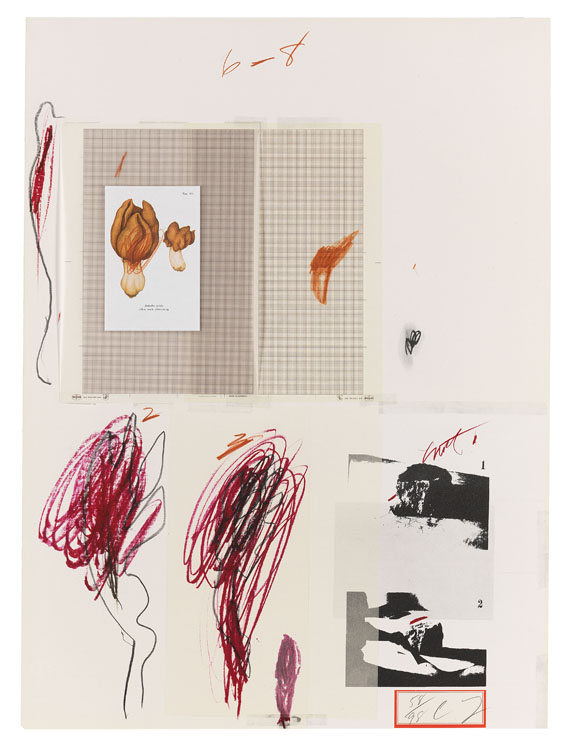 enlarge image
+
272
Cy Twombly
Natural History Part I, Mushrooms, 1974.
Lithograph in colors
Estimate:
€ 30,000 / $ 34,800
Sold:
€ 62,220 / $ 72.175
(incl. 22% surcharge)
Lot description
Natural History Part I, Mushrooms. 1974.
Series of 10 Lithograph in colors with heliotype, photochrome print, collages and color chalk drawing.
Bastian 42-51. All monogrammed and numbered as well as with embossed Roman sheet number and embossed copyright stamp. Copy from an edition of 98. On wove paper by Rives (without watermark), one on wove paper by Richard de Bas (with watermark). Each 75,6 x 55,8 cm (29,7 x 21,9 in), size of sheet.
Printed by Matthieu Studio, Zurich-Dielsdorf (all with blindstamp). Published by Propyläen Verlag, Berlin. Loose sheets in board portfolio. Complete except for the original portfolio binding.
Especially charming work of unique character. The complete set is very rare on the market (source: Artnet).

Cy Twombly was born in Lexington, Virginia on 25 April 1928. In 1947 he began studying at the School of the Museum of Fine Arts in Boston and in 1949/50 at the Washington and Lee University in Lexington. In 1950 Twombly went to New York, where he continued his studies at the Art Students League. Here he met Robert Rauschenberg. One year later he changed to the Black Mountain College, North Carolina and studied under Robert Motherwell and Franz Kline. Together with Rauschenberg he traveled to South America, Northern Africa, Spain and Italy in 1952. In his early works from the beginning of the 1950s Twombly was heavily influenced by Kline, but also by Paul Klee and he dealt with the possibilities of a gestural-expressionistic brush stroke and developed a sensitive web of signs, words, numbers and representational fragments. After a one year military service he taught at the Southern Seminary and Junior College in Buena Vista, Virginia in 1955/56 and traveled a second time to Rome in 1957, where he settled in 1960. The very same year he had his first one-man show at Leo Castelli's gallery. During the 1960s Twombly's ‚Schultafel-Bilder' came into existence, in which the act of writing was turned into a physical gesture. In the middle of the 1970s his works became more complex. Twombly created expressive structures with collaged sheets and various painting instruments. From painting to painting the graphic elements were dissolved in strong color whirls to disembogue into fauve-like flower paintings in the 1990s. Beside his painting œuvre white, sculptural works of finds and simple materials came into existence since 1955.

"Only once, in 1974, a cycle of ten prints was made, the portfolio 'Natural History Part I, Mushrooms', in which Twombly transfers the collage technique to the complex method of printing. [..] Each of these prints [..] begins with an illustration that Twombly took from a book on mushrooms. Instead of a paradigmatic approach, he arranged the different reproductions from newspapers, photographs, color scale fragments and the like with many references and in often paradox analogies." (Heiner Bastian, Cy Twombly. Das graphische Werk 1953-1984, Munich/New York 1984, p. 12).

In 1973 the first retrospective of his work took place in Bern, later followed by important exhibition e. g. at the Whitney Museum (New York), the Kunsthalle Zürich and the Museum of Modern Art, New York. His artistic merit was honored by numerous exhibitions. The Cy Twombly Gallery is opened in Houston in 1995. The museum arrangement had been designed by Renzo Piano and Cy Twombly himself. In 2001 Twombly took part in the Biennale in Venice with the cycle in twelve parts 'Lepanto'. [KH]. 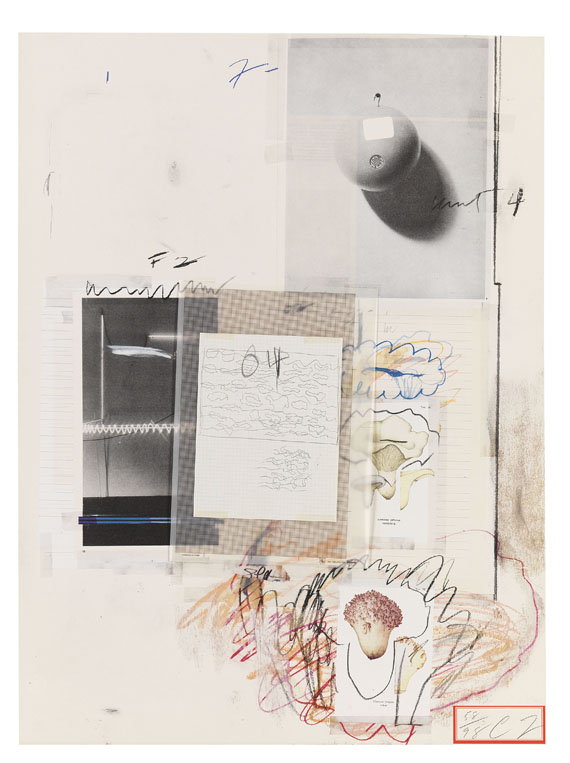 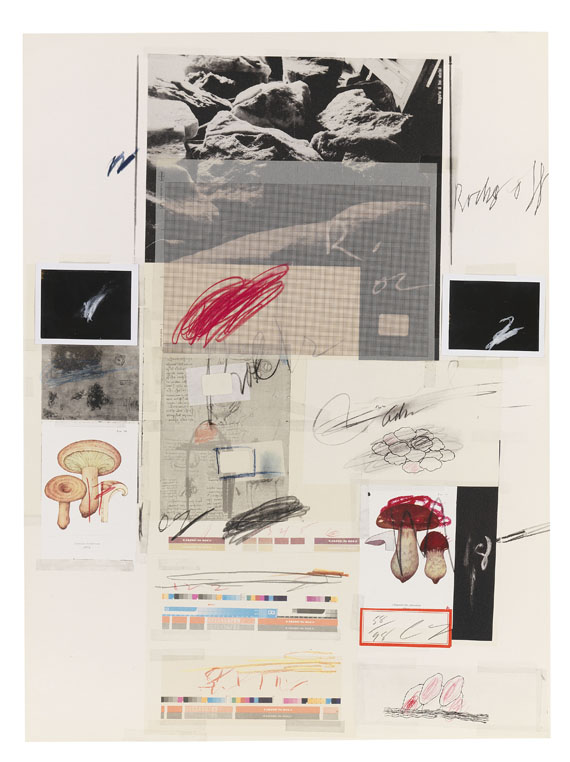 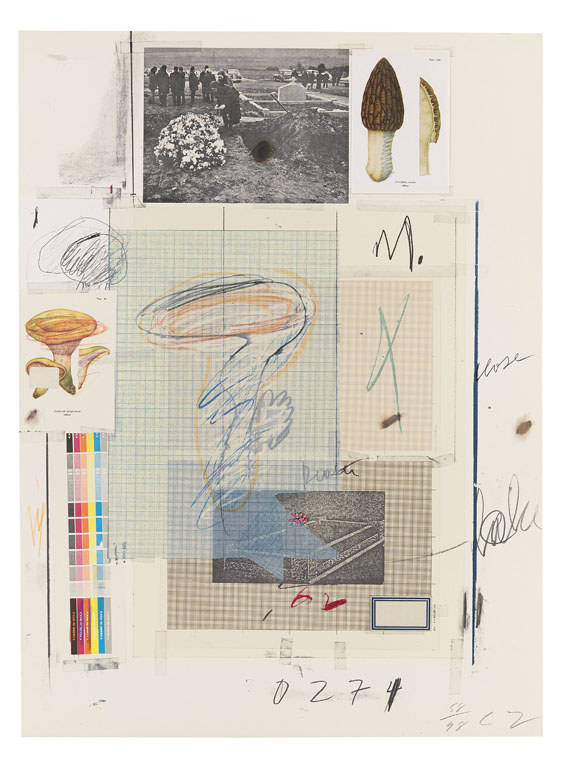 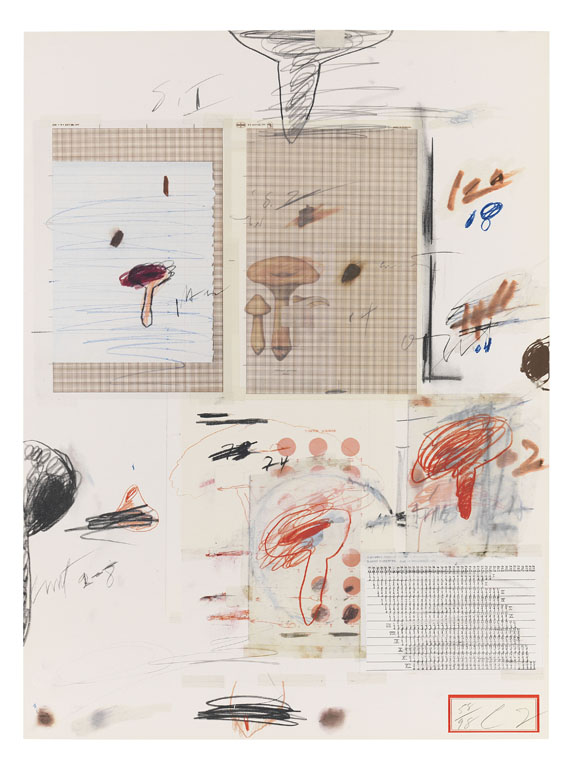 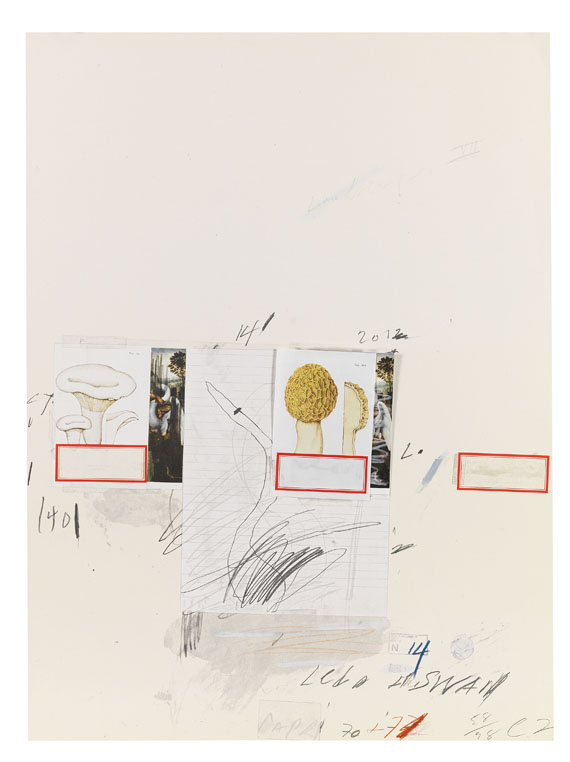 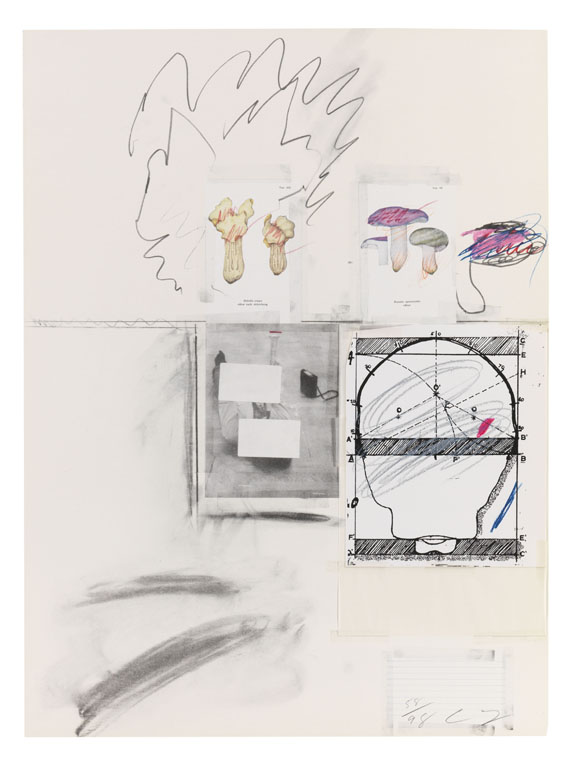 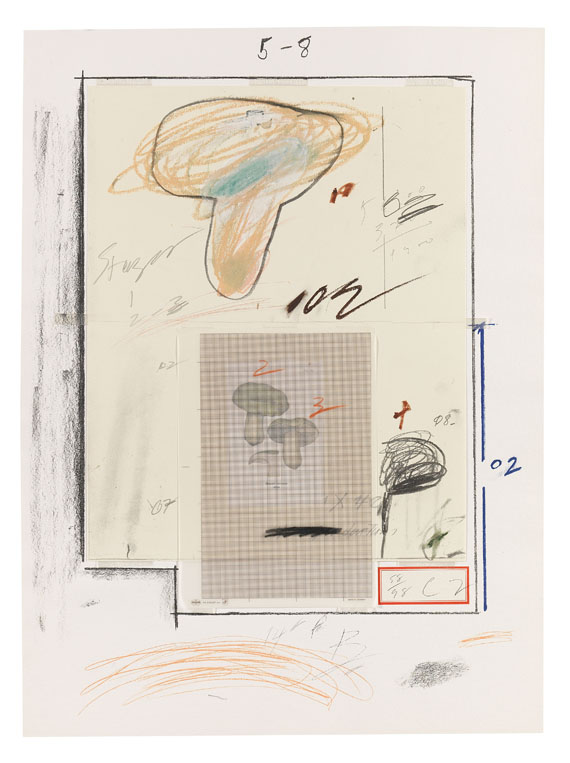 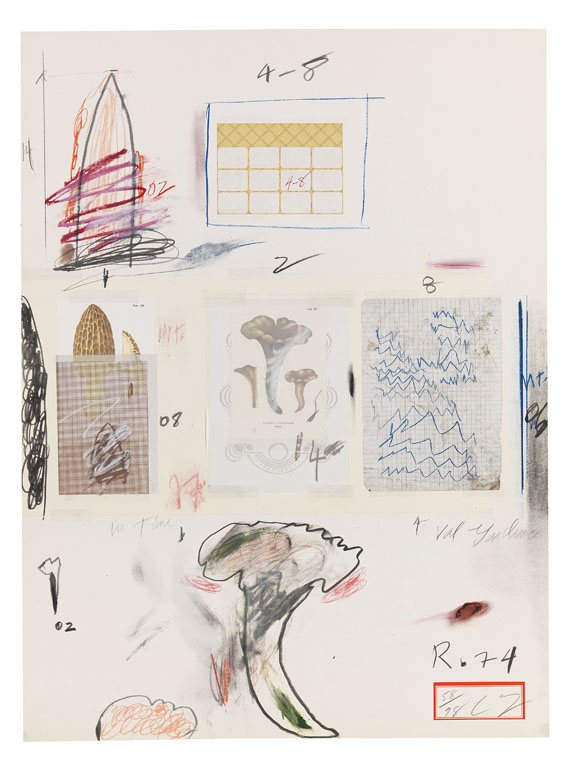 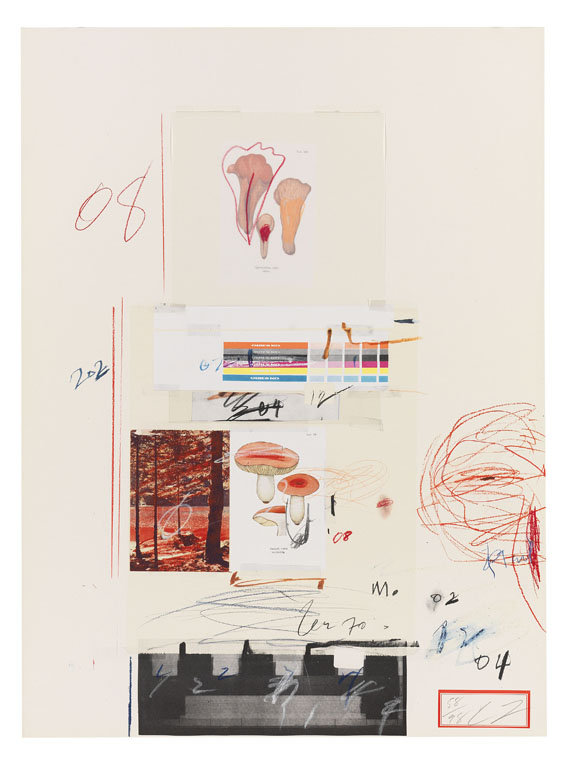