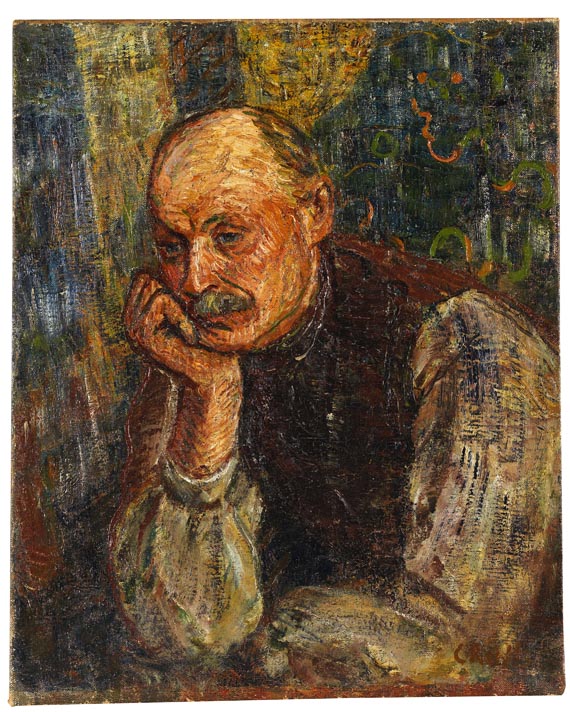 Still under the influence of Van Gogh, it was particularly during his days in Weimar and Munich that Christian Rohlfs used to seek another direction in his artistic creation. The subject of a contemplative man with had already been picked up by Christian Rohlfs as early as in 1902 (cf. Vogt 283), at that point he executed it under the clear influence of Pointillism. This portrait in reverse depiction was presumably made around 1910, is based on a more consolidated concept. The painting style with the paralleling strokes of the brush calls reminiscence of Van Gogh, however, the colors do not, they rather point to the canon of colors characteristic of late 19\up5 th century Naturalism. Thus the atmospheric male portraits show both tendencies that seek a new form of expression as well as retarding elements that clearly show how much a seeker Rohlfs was in those days. [KD].