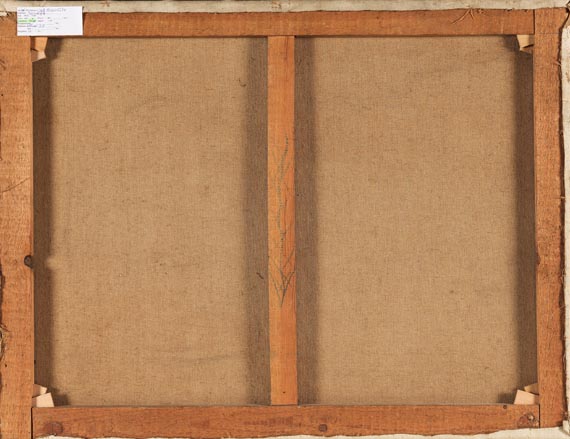 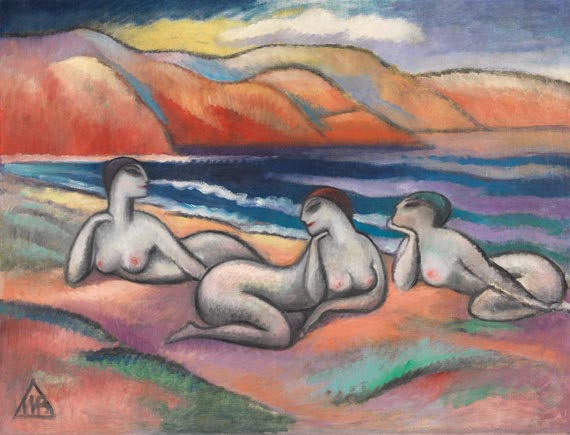 After completing his training at the Military Academy in Moscow, Vladimir Bechtejeff started to study painting at the Moscow Academy of Arts in 1902. On the advice of Jawlensky, he moved to Munich the same year, where he continued his studies with Heinrich Knirr until 1905. From 1906 to 1909, Bechtejeff lived in Paris. Returning to Munich, he joined the 'Neuen Künstlervereinigung München' (New Munich Artists Association) in 1909.

Stylistic approaches to almost all tendencies in art of his days can be observed in the works by Wladimir Bechtejeff. Formally stuck with the symbolic elements of late Art Deco, he created his own sensual-decorative world of images, which also took on elements from Expressionism with its intensive coloring. Bechtejeff, whose strong interest in expressive dancing is reflected in the depiction of people in his paintings, was a good friend of the dancer and choreographer Alexander Sacharoff. However, another component may not be overlooked in our interesting composition, either. The time this work was made was a period in which a new female self-concept arose, as women had previously rather been regarded as ‘servants‘ or mothers. But these were the days a new type of woman was discovered, the strong woman that is in control. Whether Salomé or Lulu, it was the woman that seduced the man and that would even fancy taking an obviously wrong direction. The three intriguing ‘Reptilien‘ (Reptiles), obviously women, are fully aware of their mysterious powers. Their sensual appeal gives them both an air of seduction and destruction. The title Bechtejeff chose for this work should also be understood in this sense.

He left the ‘Neue Künstlervereinigung München‘ again in 1912 in protest against a self-publicising attack by the group on abstract painting. Subsequently, he produced ornamentally flat compositions with an energetic color rhythm which nonetheless retain figurative references. With the start of the World War I, Bechtejeff's artistic development broke off abruptly. He returned to Russia and was called up for military service immediately. Afterwards Bechtejeff initially worked in the Moscow Commission for the Preservation of Historical Monuments, and then, in the years 1921/22, as a stage builder, later becoming Design Manager of the Moscow State Circus. In the 1920s and 1930s, he mainly worked as an illustrator. In his later works he devoted himself to watercolors and gouache, in addition to oil painting. Bechtejeff was accorded increasing recognition in his own country after the end of the Stalinist defamation.