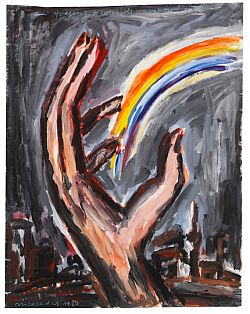 Helmut Middendorf
Trying to catch the Rainbows - 1984
Mixed media with gouache on paper, each 140 x 109 cm,
Estimate: € 5,000-7,000
Munich, April 7, 2022 (KK) - Ketterer Kunst reacts to the ongoing strong demand for Contemporary Art in the online business. In "Stories To Be Told", a special edition of its Online Only Auction, Ketterer Kunst puts works by contemporary artists in the limelight as of April 15. The auction includes works by the Berlin-based Romanian native Adrian Ghenie, the Neo-Expressionist A.R. Penck, the painter, graphic- and photo artist Günther Förg and Helmut Middendorf, protagonist of the group "Neue Wilde". The hammer goes down on May 15, 2022 at 3 pm. .

"The demand in the Online-Only sector increasingly becomes an indicator for our big saleroom auctions in spring and fall. This is why I am so happy about the fascinating selection of contemporary art that we are preparing for our spring auction on June 10/11, 2022," explains Robert Ketterer, auctioneer and owner of Ketterer Kunst. "We have already been entrusted with a great number of outstanding works by artists like Cindy Sherman, Gerhard Richter, Katharina Grosse and Andy Warhol, not least because selling art is particularly promising at this point."

Here's a first glimpse at what the Evening Sale has to offer: 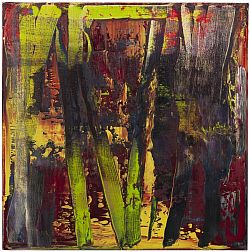 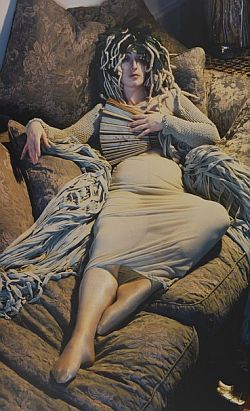 "This photograph is exemplary of the artist's feminist agenda, it is part of her second "Fashion Series", explains Sebastian Neußer, Director Ketterer Kunst. "She depicts media-made stereotypes that treat women as both subject and object. A remarkable work that provides food for thought and discussion."

Pierre Soulages, one of the most significant protagonists of Modernism, is the master of black. Instead of using classic paintbrushes, Soulages employs coarse brushes, squeegees and tassels, by means of which he adds a unique relief character to the surface of his works. An impressive feature of his art is the light that gets caught in the surface structures and is reflected by the bright to very dark color fields in a multitude of ways.

The stainless steel sculpture from Cragg's important "Points of View" period is a remarkable document of his characteristic artistic examination of form and figuration. The incredibly magnetic high-gloss materiality and the beautiful shape of the more than 2m tall work are striking from every perspective.

This large-size work was made in the characteristic spray technique. It is a paintting exemplary of Grosse's monumental spatial installations that made for her tremendous international success. 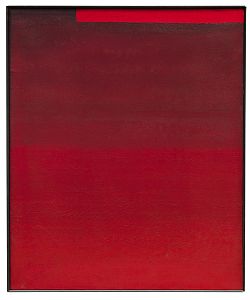 Over the seventy years of his creation, the "Painter of Red" was almost exclusively occupied with this color. The work offered here emanates the light atmosphere of a dramatic sunset and is a first highlight of his depiction of red.

For the spring catalog Ketterer Kunst is glad to accept further consignments of works from international artists until the end of April 2022.

Ketterer Kunst (www.kettererkunst.com and www.ketterer-internet-auctions.com) with headquarters in Munich and branches in Hamburg, Duesseldorf, Berlin as well as with a global network of representatives in, among others, the USA and Brazil, was founded in 1954. The auction house has a focus on Fine Art from the 19th to the 21st Century and Rare Books. In its market segment Ketterer Kunst is not only Germany's number one but also the leading house in the European Union. Ketterer Kunst is a specialist for German art, as well as for many international artist who are sought-after on the European market and who regularly realize record prices at Ketterer Kunst. According to the annual 2021 artprice database, Ketterer Kunst is the only and best-selling family business represented in the global Top 15.