Jubilee Exhibition: "On the Road Between Munich and Berlin"
10 Years Ketterer Kunst - Representation in Berlin 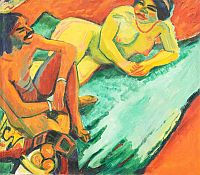 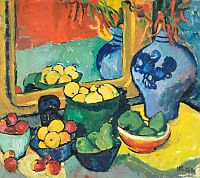 Berlin, 25 January 2017 (kk) - Ketterer Kunst will celebrate the tenth anniversary of its representation in the German capital with a special exhibition. Around 40 works from just as many artists will be on display from 25 February on. Works by those artists have enthused the audience in auctions at Ketterer Kunst as well as in important museum shows in Munich and Berlin.

"I am very delighted to celebrate this jubilee with such a wonderful exhibition, at the same time it is a journey through the activities of Ketterer Kunst in the capital over the past ten years", says Robert Ketterer. He continues: "Berlin has always mattered to me, as it is the epicenter for Contemporary Art, it provides the perfect setting for innovative ideas and allows us to observe latest trends from a close perspective".

Even though Ketterer Kunst held annual auctions of Contemporary and Modern Art in the capital between 1997 and 2000, it opened a permanent branch in representative premises on Fasanenstraße 70 in Charlottenburg only ten years ago.

At 7 pm on Friday, 24 February, Robert Ketterer, auctioneer and company owner, will deliver the exhibition's opening speech with anecdotes from Ketterer Kunst's time in Berlin.
Since it was founded in 1954, Ketterer Kunst has been on the forefront of auction houses dealing in Fine Art and Rare Books, with its headquarters in Munich, and a branch in Hamburg. Representatives' offices in Berlin, Heidelberg, Duesseldorf, the Benelux Union, France, Italy, Switzerland and the US have contributed substantially to the company's success. In addition, exhibitions, special thematic and charity auctions as well as monthly online auctions at www.ketterer-internet-auction.com are regular events at Ketterer Kunst. Robert Ketterer is owner and CEO of Ketterer Kunst.