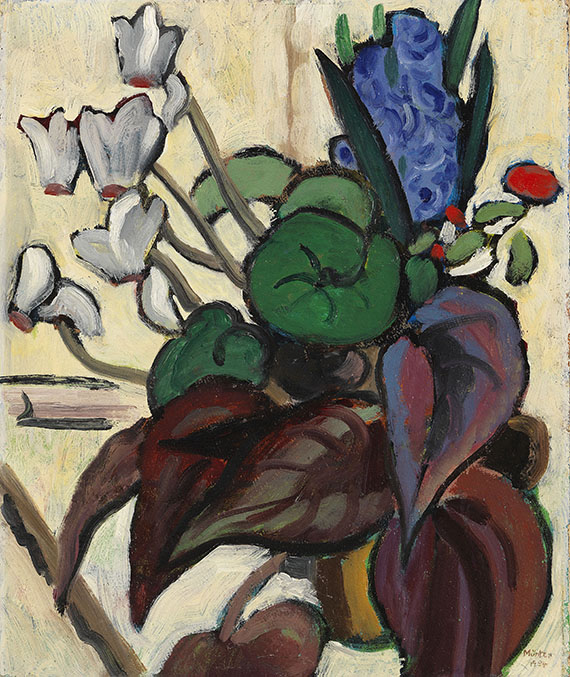 As early as in the 1930s Gabriele Münter attained a formally moderate view onto things. This may have been due to her age-appropriate turn to more balance – it becomes obvious in both her work’s colors as well as formal arrangement. Münter concentrated on her direct vicinity more than ever before. Flower still lifes and landscapes were among her favorite subjects. Münter rarely strove for a monumentalization, as it is the case in this work. The flowers are seen in a large and reduced style. The work is particularly captivating for its accentuated contrast of colors and the blossom’s manifold play of colors.

In 1956 she received the Culture Prize of the City of Munich. The year 1960 saw the first exhibition of Münter's work in the US, followed in 1961 by a large show in the Mannheim Kunsthalle. The artist died in her house at Murnau on 19 May 1962. [EH].