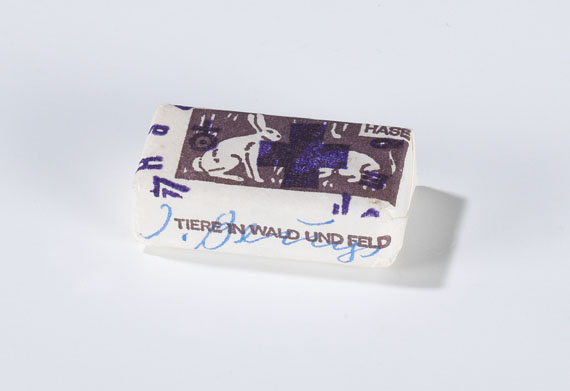 The artist said the following on the motif of the hare, which has a central meaning in Beuys' work: "The hare is the element of movement, action, altering the traditional concept of art. Also an inhabitant of Eurasien, crossing all borders, even the Berlin Wall. The idea of unity, starting from Central Europe, is connected therewith. The hare is an old Germanic symbol: The Easter eggs stand for restart, spring, resurrection. It is teh alchemistic sign for transition" (in a dialog with Veit Möller, AZ from 15 November, 1985, quoted after Schellmann, "Die Multiples", p. 439). [KH]. 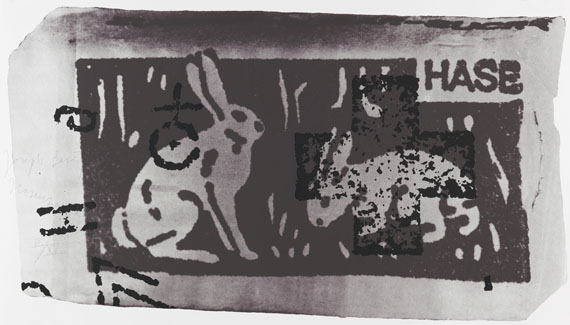