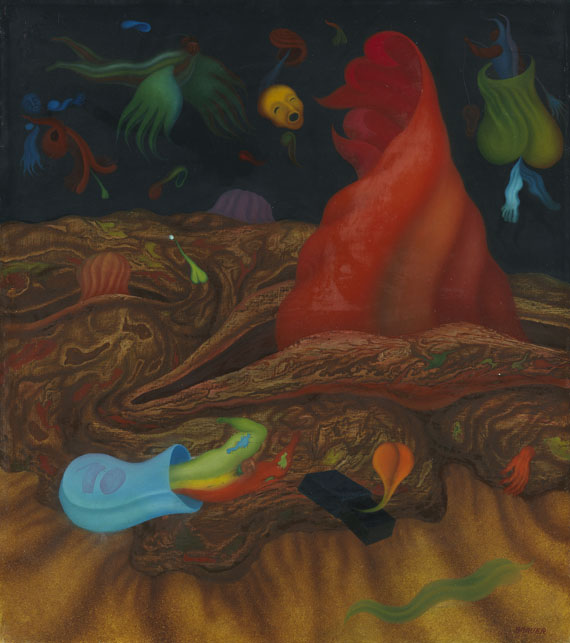 Arik Brauer is active both as visual artist as well as musician. He makes stage designs, is a singer and made the design for a residential house in Vienna in 1993, the Arik-Brauer-house. Together with the artists Rudolf Hausner, Ernst Fuchs and Wolfgang Hutter, Brauer started the movement "Vienna School of Fantastic Realism“ in the 1950s. Surrealism, mythology and dream visions make for the basis of his painting which is characterized by colorful and imaginative features. The international breakthrough was in 1959 with the first exhibition in the Vienna, not least with the help of the far-spread print motifs. The "Plastikspeiende Berg“ by Arik Brauer is a great example for the art of the "Vienna School of Fantastic Realism“. [CB].