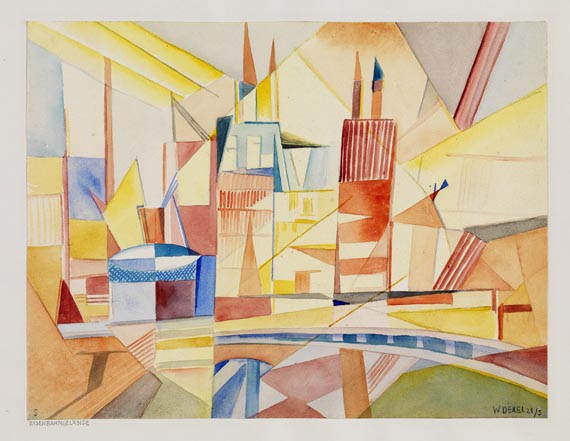 Clear forms and colors are common features of a composition that still has realistic references on the brink to abstraction. A pyramiding of forms that goes back to Cubism is structured in its inside that it can also be interpreted as a real occurrence. The light and clear colors pave the path for this regulative sense, avoiding abrupt breech. With this watercolor Dexel takes up a subordinate role to a zeitgeist, which has discovered a great potential of visual contents in a civilization that is dominated by technology. The densification of forms and their structural relation to one another is characteristic of Dexel‘s works from those days. [KD].