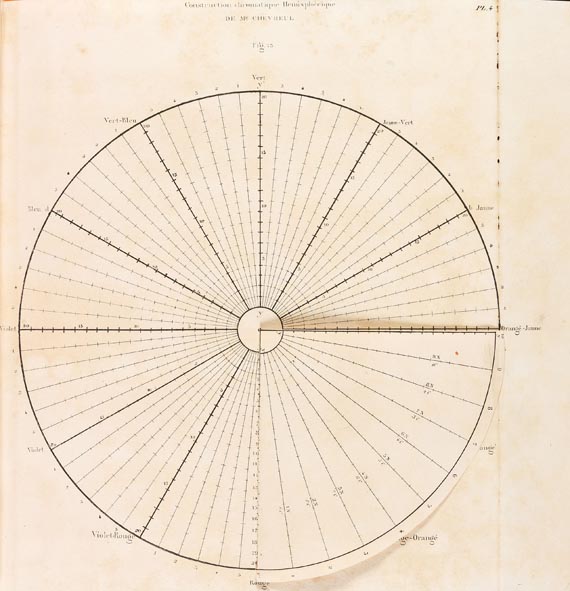 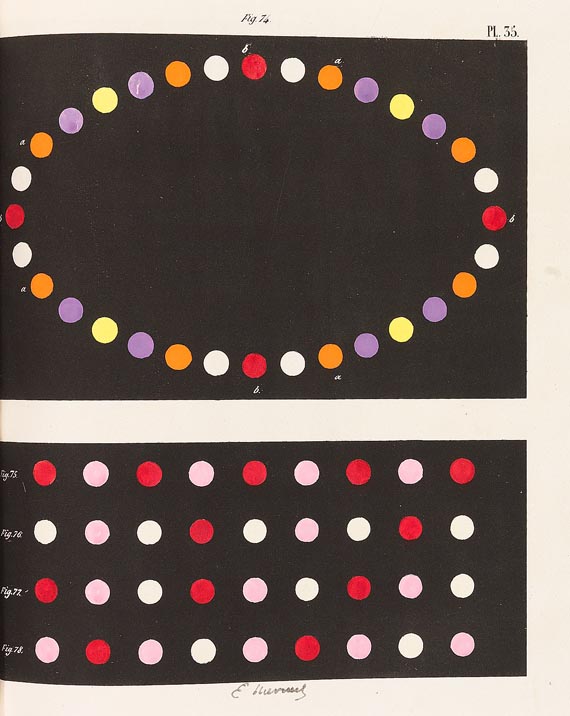 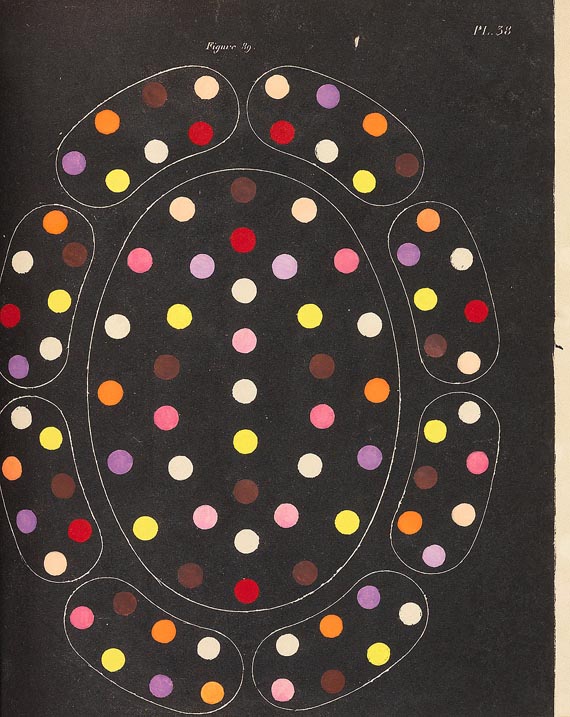 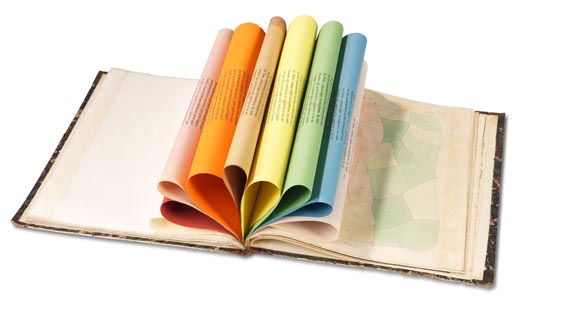 DSB III, 241. - Norman Coll. 979. - Poggendorff I, 433. - Copy from the edition A with gray and black background of plates 5-31 (after Norman). - First edition of Chevreul's main work on color harmony. - "In addition to the chemical aspects of dyeing Chevreul made an intensive study of the principles governing the contrast of colors, which resulted in his monumental De la loi .. the most influential of his many books. This book was the outcome of his discovery that the apparent intensity and vigor of colors depended less on the pigmentation of the material used than on the hue of the neighboring fabric. After many experiments on color contrast Chevreul formulated for the first time the general principles and effects of simultaneous contrast, the modification in hue and tone that occurs when juxtaposed colors are seen simultaneously" (DSB) - The chemist Chevreul (1786-1889) was head of the dye works of the royal tapestry manufactory as of 1824 and was appointed to a professorship of chemistry in 1830. This work had more influence on painting than it had on optics, particularly on the Impressionists G. Seurat and P. Signac. - Plates slightly foxed and with slight traces of damp (leading to slight offsetting), 1 plate with small defective spot (loss of image), 1 plate with small marginal blemish, 1 plate with crease mark, text foxed and somewhat browned. Edgeworn, joints of plate vol. somewhat brittle.

More Information
+
Sell
Get a free appraisal for a similar object!
+
Register for
Michel Eugène Chevreul
+
Buying from A-Z
+
Contact a specialist
Share