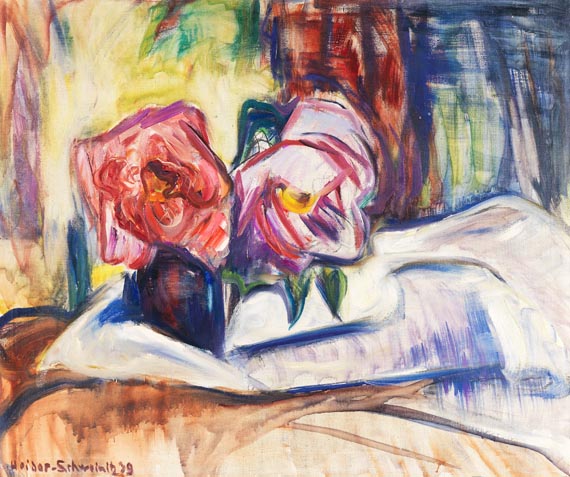 Maria von Heider-Schweinitz studied sculpting under Georg Kolbe and Richard Scheibe from 1925-29. Inspired by Karl Schmidt-Rottluff, of whom she was an acquaintance, she turned to expressionist painting and enrolls at the Städel-Schule. Among her friends around 1935 were also Gerhard Marcks and Ernst Wilhelm Nay. In 1938 the National Socialists impose an occupational ban on her. A large part of her works were destroyed in World War II. Her art is for the first time presented in a one-man show in the Frankfurt Kunstkabinett Hanna Bekker vom Rath. The Schmidt-Rottluff biographer Rosa Schapire pursued the project of a monography on Maria von Heider-Schweinitz, however, she never managed to complete it. [JS].