Richly and elaborately illustrated Stammbuch from the late 18th century, presumably from the possession of a Leipzig theology student. Most entries by fellow students, with an entry by Johann August Heinrich Tittmann (1773-1831), theologian and philosopher, representative of theol. Supranaturalism. Also with entries by the Meissen family Jüchtzer, the most famous of which is by Christian Gottfried Jüchtzer (1752-1812), modeller at the Meißen porcelain manufactory . - Slightly foxed in places, 4 ll. obviously removed. Binding somewhat rubbed, spine brittle, one outer joint with slight tear at bottom. 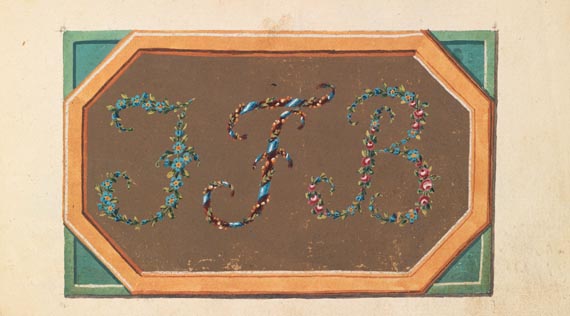 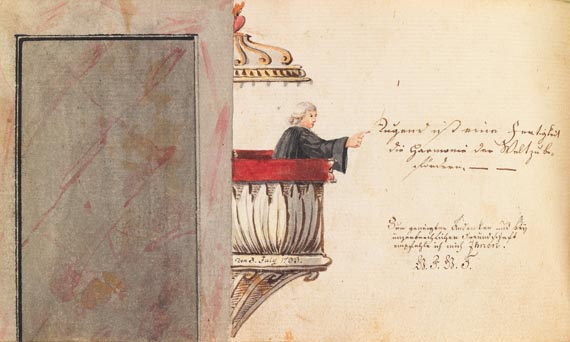 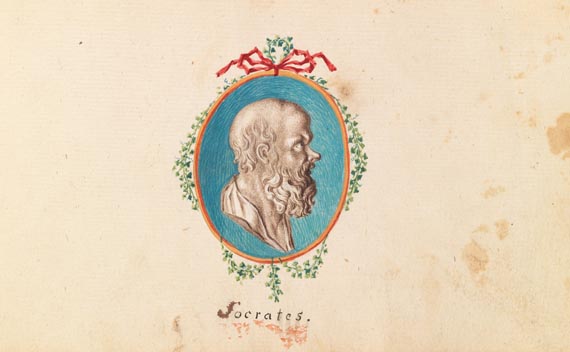 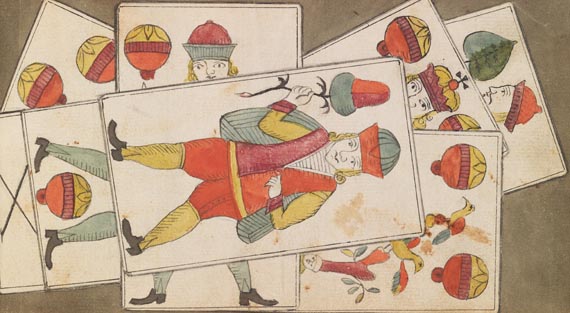