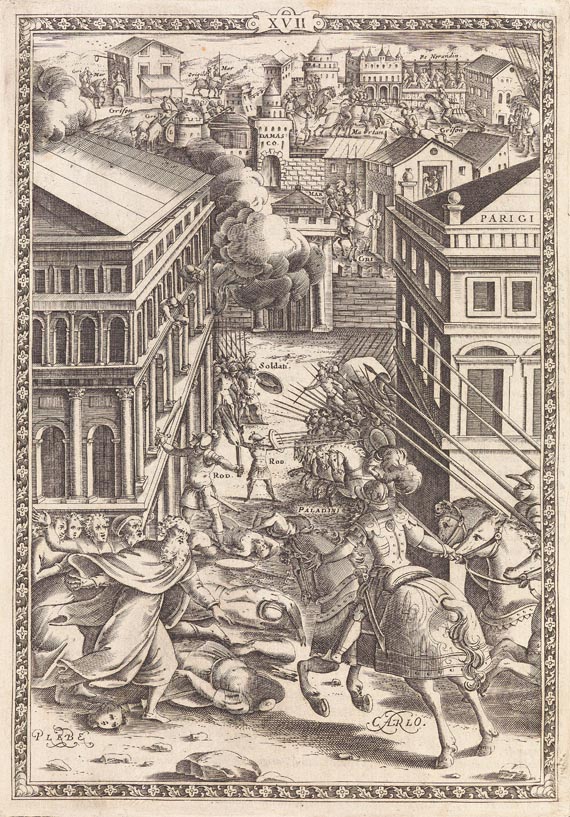 Edit 16, CNCE 2807. - Adams A 1677. - BM STC, Italian Books p.40. - Mortimer 30 (with illu.). - Fine Venetian edition with artistically elaborate illustrations that are rich in detail. "The most elaborate of the sixteenth-century editions" (Mortimer). - The text parts of quire T uncorrected. The fullpage text copper for Canto 33 was also used for Canto 34. "It is generally considered that the engraving for canto 34, which contained a figure of St. John the Evangelist, was suppressed." (ibidem) - Lacking text pages 24/25 and 263-266, ll. 40-43 of the 2nd part as well as 2 blank ll. - Somewhat browned in places and with minor stains in places, few ll. with marginal defects, some ll. of the first quire reinforced in the gutter and rebacked respectively, 4 ll. with small rebacked splits and creasemarks; title in upper white margin with ownership entry.