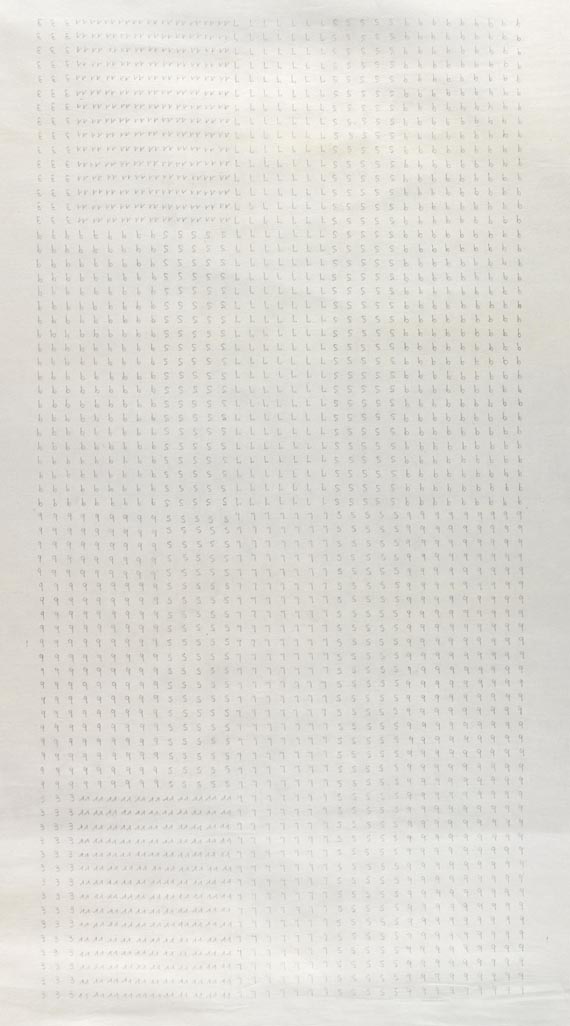 Hanne Darboven was born in Munich in 1941, and studied under Wilhelm Grimm and Almir Mavignier at the Academy of the Arts in Hamburg from 1962 until 1966.Havíng completed her studies she went to New York for two years, where her art was influenced by representatives of Minimal Art such as Carl Andre and Sol LeWitt. In her works she has been engaged in the attempt to visualize time in her art using her own system of characters and symbols.

Through these number codes and systems, Hanne Darboven tried to create a possibility to classify time and historical events through the realm of visual arts. This work in two parts belongs to the groundbreaking works from her early period. Only very few works by the artist from this period in such a large format and on such high quality paper are in existence.

Her works are exhibited in New York in both the Museum of Modern Art in 1970 and the Guggenheim Museum in 1971. Hanne Darboven took part in the documenta in Kassel in 1972, 1977, 1982, and 2002 and represented Germany at the Biennale di Venezia. Her works are in possession of most renown international museums for modern art. [EH]. 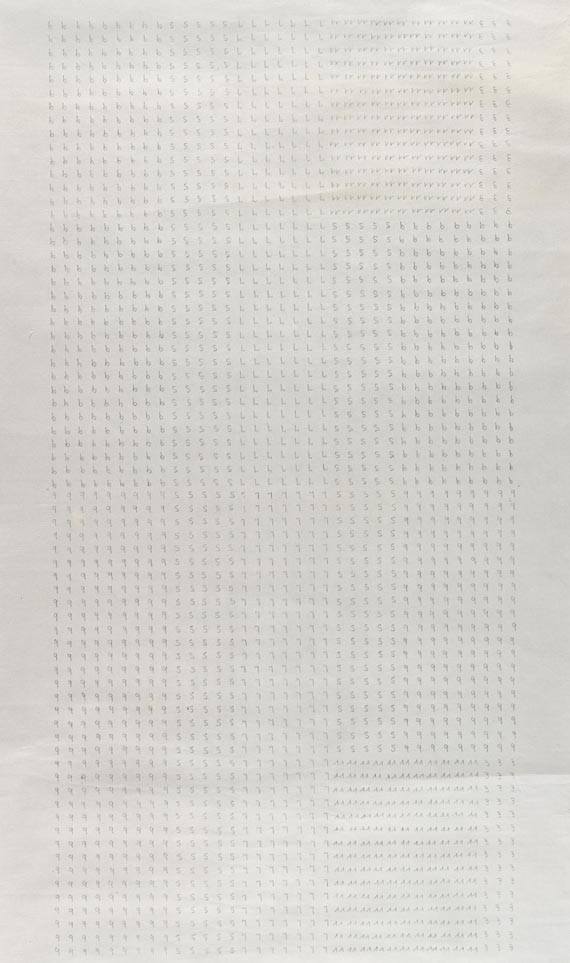