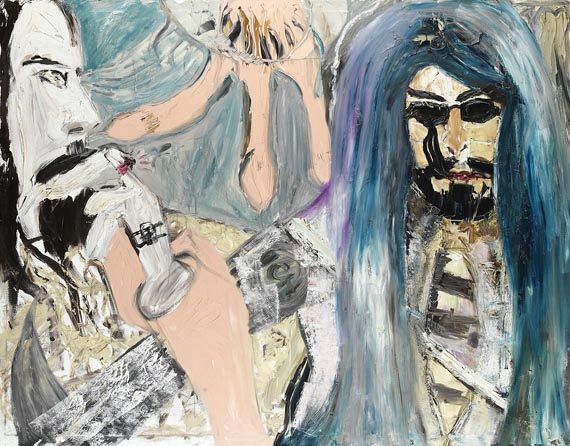 Jonathan Meese is one of the young German artists on the Berlin art scene that is currently fetching such high prices. An all-round talent who demonstrates his skill in pictures, sculptures, installations, Performances, stage sets and much, much more. His teeming creativity produces entire picture cycles in the twinkle of an eye. In them, he is the demiurg of his own creation. In the present work, Dracula and Pazuzu, a demon from Assyrian and Babylonian mythology, as well as a figure from a horror film classic all come together, linked by historical symbols such as the Iron Cross. Meese has no qualms whatever about mixing genres to create a pictorial idiom that is memorably his own. [SM]. 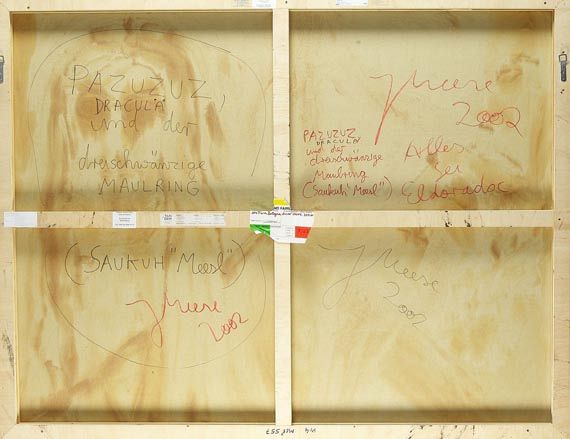