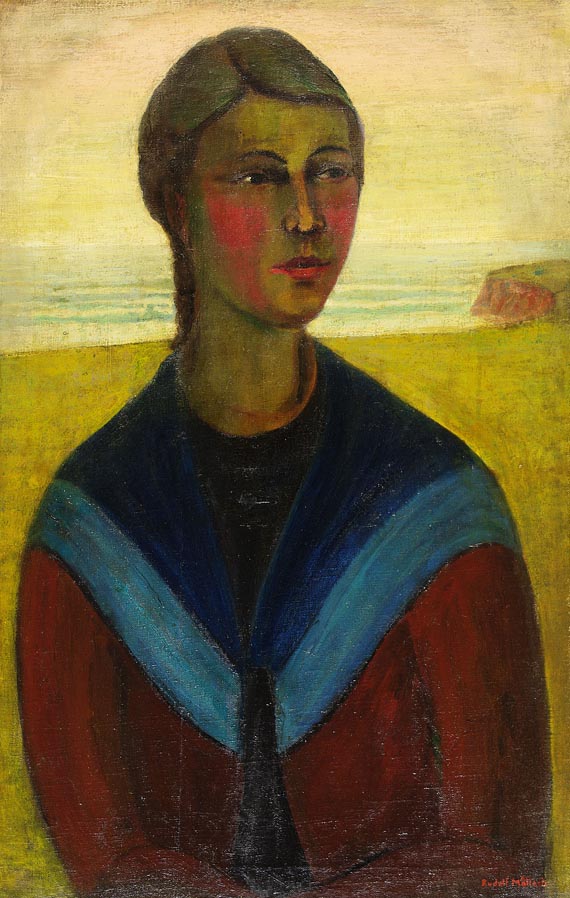 Frau am Meer. 1912.
Oil on canvas.
Signed and dated lower right. 71,5 : 45,5 cm (28,1 : 17,9 in). Born in Schmiedefeld, Thuringia, in 1881, Rudolf Möller studied from 1905 until 1907 at the Berlin Art School and was a pupil of Lovis Corinth’s. From 1919 until 1931, Rudolf Möller was a member of the “November Group”, regularly showing work at their exhibitions. The artists’ association, whose membership included Max Pechstein, Georg Tappert, Oskar Schlemmer, Otto Dix and Conrad Felixmüller, became a major rallying-point for progressive artists during the Weimar Republic era. Rudolf Möller’s work is notable for clear, reductive handling, invariably tinged with melancholy and a cryptic quality. [NB]

In good condition. Side edges partially minimally rubbed due to the framing. With two tiny retouchings.