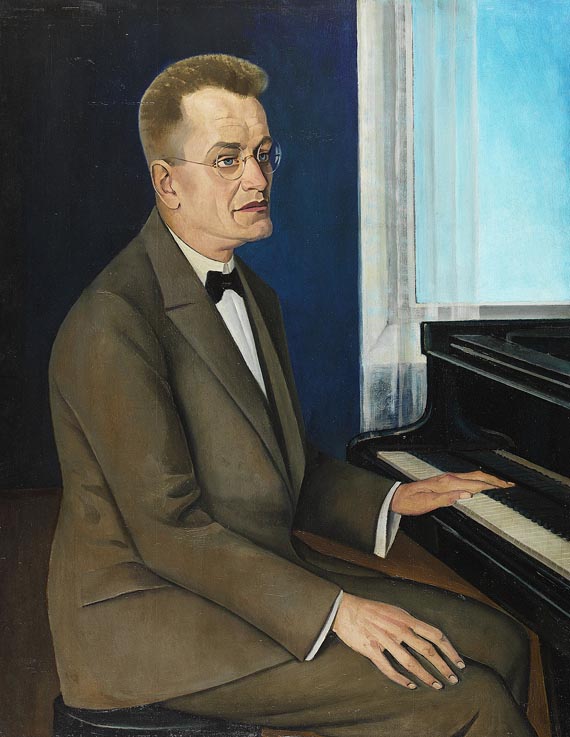 Porträt eines Mannes am Klavier. 1920s.
Oil on panel.
Barely legibly signed upper left. Once more signed and with an address on the reverse. 115 : 90 cm (45,2 : 35,4 in). After attending the Hannover Applied Arts School, August Heitmüller immatriculated in 1895 at the Munich Art Academy, where his teachers were Franz von Stuck and Nikolaus Gysis. Later the painter and printmaker moved to Berlin to attend the painting school run by Lovis Corinth. Heitmüller travelled to France, England, Spain and the Netherlands. From 1919 until 1933, August Heitmüller was a member of the “Hannoverian Secession”. Particularly noteworthy in his œuvre are the portraits he painted in a style that ranged from realism to New Objectivity and his coloured woodcuts. [NB]