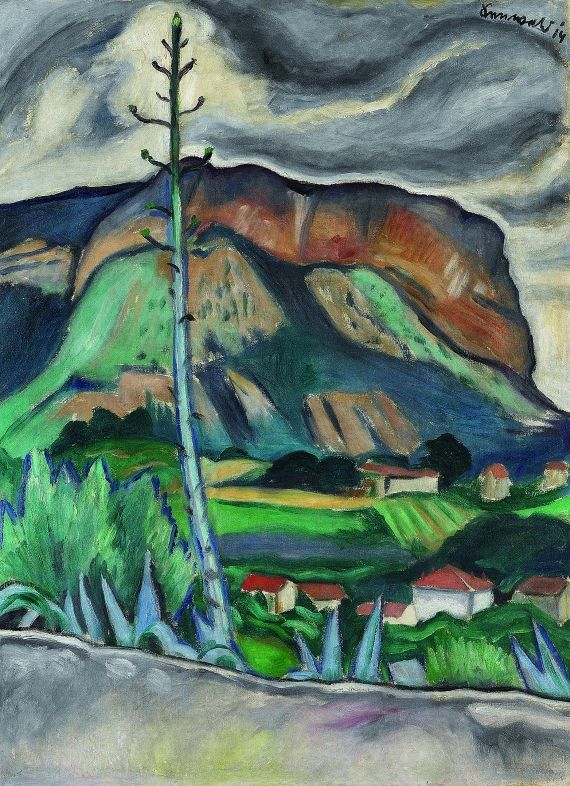 Südfranzösische Landschaft. 1914.
Oil on canvas.
Signed and dated upper right. 78 : 58 cm (30,7 : 22,8 in). Richard Seewald is widely known as a graphic artist, draughtsman and illustrator although he also produced a substantial body of oil paintings from 1912. His paintings may be so little known partly because the artist himself burned most of his work after his wife died. The few paintings to have survived give only an approximate idea of Seewald’s rank as a painter. The presence of works of his at such exhibitions as the 1911 Galerie Thannhauser show, the Salon d’Automne in Paris, at the first and only German Autumn Salon in 1913 at “Der Sturm” in Berlin and at Hans Goltz in Munich goes to confirm his status. Unfortunately, only fragmentary pictorial documentation survives to give us some idea of the greatness of what has been lost. [KR]

With an old label on the reverse, there with inscription 'Seewald. No 3.'
In good condition. The upper margin with two tiny, barely noticeable pressure marks.