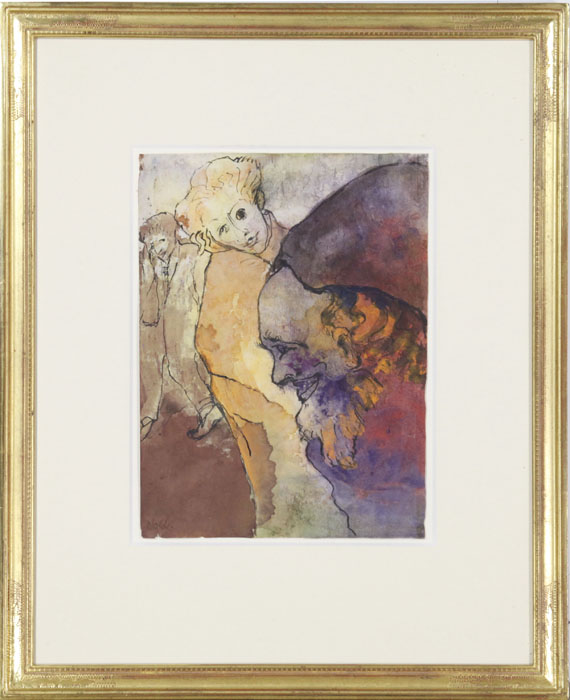 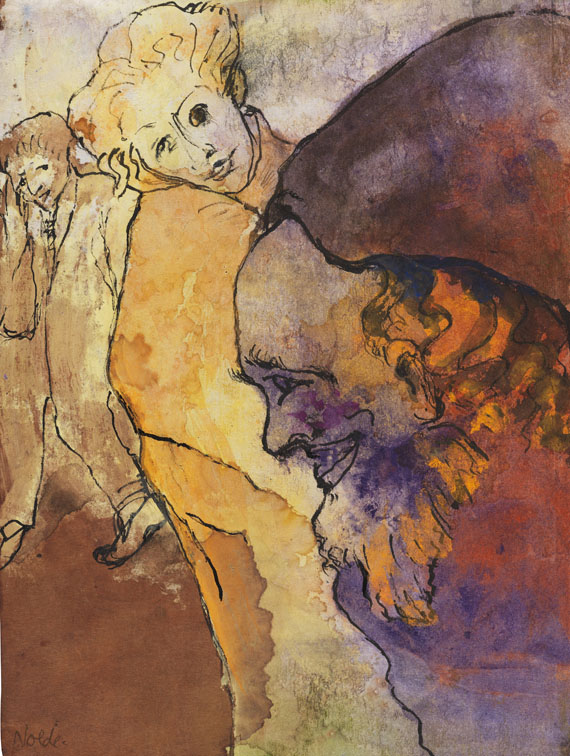 Accompanied by a photo expertise from Prof. Dr. Manfred Reuther, Ada and Emil Nolde Foundation Seebüll, from May 6, 2009.

Emil Nolde made watercolors that are characterized by an unmatched mastery. Using ink and pen, he draws the outlines of the three figures from the apparently randomly placed dabs of paint. The polychrome approach is based on an artistic freedom that Nolde developed in these years and which would characterize all of his later work. The urge to create, to form the object from the brushstroke and the color, is taken to an extreme in the present work. The color-soaked ground develops an own dynamic with its gentle transitions and requires a descriptive drawing. The emphasis on the painterly is contrasted with the drawn motif and gives the composition its special appeal. When Nolde first presented the "Phantasien" at Ferdinand Möller in Berlin in 1934, they were a sensation, but also subject to controversial discussions. Due to increasing criticism of his "abnormal" and "Negroid" depictions, Nolde, who actually saw himself as a figure painter, increasingly turned to the less incriminating landscape and flower depictions. From 1938 Nolde withdrew himself more and more and painted his "unpainted pictures", the creative basis for which can be found in the compositional solutions he had worked out in the "Phantasien". [AM]
More Information
+
Sell
Get a free appraisal for a similar object!
+
Register for
Emil Nolde
+
Buying from A-Z
+
Contact a specialist
+
Emil Nolde Biography
Share