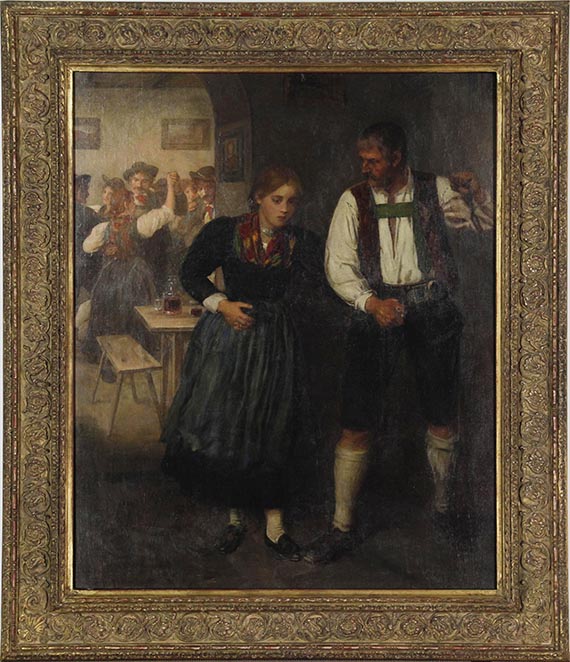 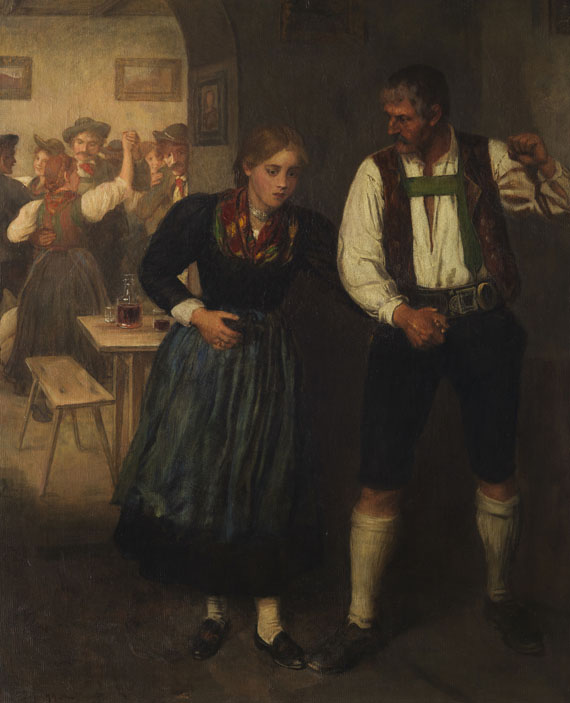 Born in 1835 on the Ederhof farm in Stronach, Tyrol, Franz Defregger was the second son of the wealthy farmer Michael Defregger. After the death of his father, he sold the family farm and moved to Innsbruck, taking up an apprenticeship as a carver with Michael Stolz in 1860. The latter soon noticed his extraordinary talent and arranged a meeting with Karl Theodor von Piloty. Following the painter’s advice, Defregger attended Hermann Dyck’s preparatory class at the Munich School of Applied Arts and subsequently transferred to Hermann Anschütz’s painting class at the Academy of Fine Arts in the fall of 1861. A study trip took him to Paris in 1863. While spending some time in the city, he was introduced to the Barbizon School of painting which was to have a lasting influence, particularly on his nature-based works. On his return from Paris, Defregger lived in Munich and East Tyrol, where he worked mainly on portraits of relatives and acquaintances. In addition to genre-like renderings of recent historical events, which are in marked contrast to the lavishly staged historical and society paintings produced by his teacher, he primarily created everyday scenes depicting peasant life in Tyrol. Defregger’s work quickly made him one of the most popular genre painters of the Munich School who went on to exert a formative influence in this field. In 1878, he was appointed professor of historical painting at the Munich Academy’s composition class, where he taught until 1910. Built in 1880, his prestigious villa in Munich’s Königinstrasse became a popular social meeting point. Defregger received numerous awards and honors in the following years, culminating in the award of the Bavarian Order of the Crown along with a peerage in 1883. In addition to his academic genre and history paintings, which are regularly shown at exhibitions, he also produced a series of free-form portraits, landscapes and portrayals of private life in the 1890s. Above all, he was a master observer of the human physiognomy, allowing him to create genre scenes with nuanced narrative content. This young girl may have enjoyed too much twirling around with the frightened young lad standing behind the doorpost. Most likely, she is about to receive a sermon from her enraged father, which may well become physical given the rough social conventions of the countryside. [KT]
More Information
+
Sell
Get a free appraisal for a similar object!
+
Register for
Franz von Defregger
+
Buying from A-Z
+
Contact a specialist
+
Franz von Defregger Biography
Share