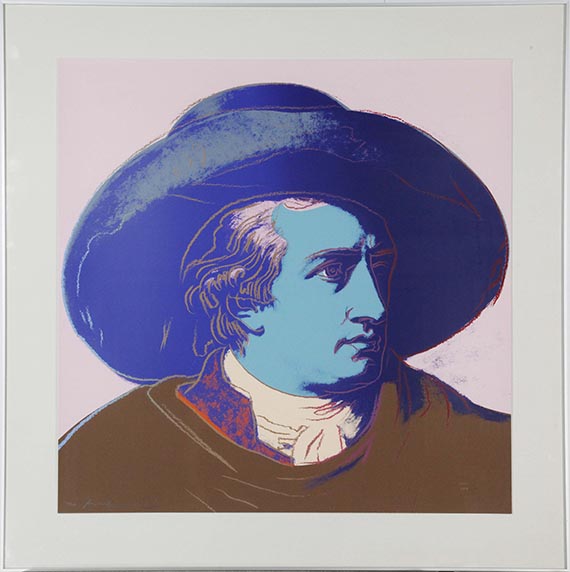 "Warhol's best works owe their power to his ability to focus on a seemingly banal image or a cliché (..) and to infuse that image with new vigour, so that it is both familiar and 'new' and nobody's can to tell whether the artist has an admiring, contemptuous or ironic attitude."
Mark Francis, Der späte Warhol, in: Mark Francis (ed.), Andy Warhol. The late work, 2004, S. 9.