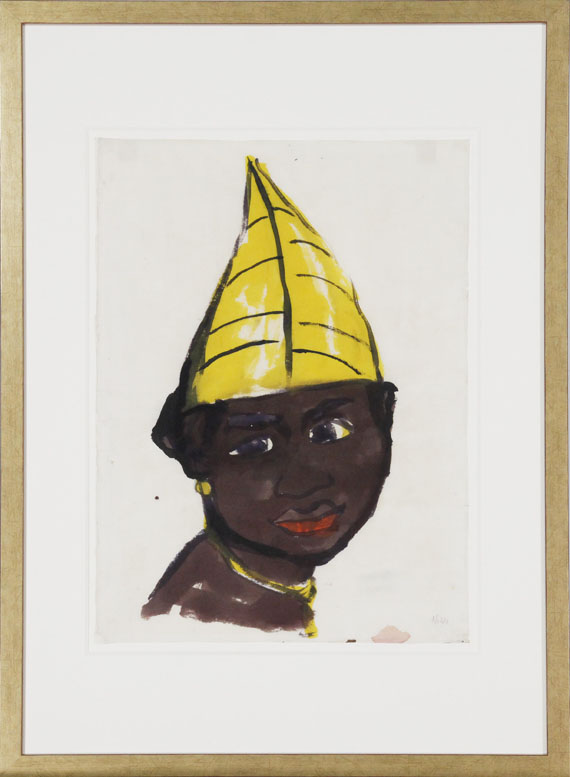 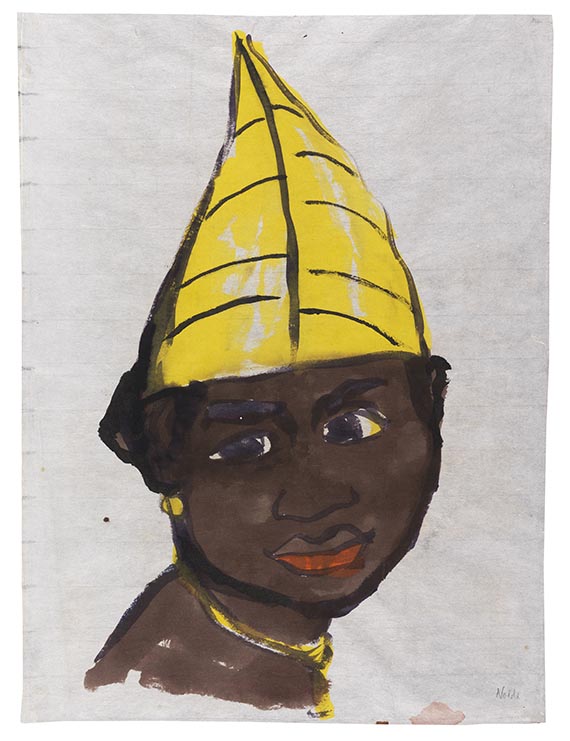 Accompanied by a certificate of authenticity from Prof. Dr. Martin Urban, Foundation Seebüll Ada and Emil Nolde, dated May 2, 2001 (in copy).

On October 3, 1913, Emil Nolde and his wife Ada embarked on their South Seas voyage in connection with the “Medizinisch-demographische Deutsch-New Guinea Expedition" (Medical-demographic German-New Guinea Expedition) to which Nolde was invited as ‘ethnographic drawer‘. They went to Moscow first from where they took the Trans-Siberian Railway to Manchuria. The expedition to New Guinea led through parts of the Korean peninsula, Japan and China. Nolde used longer stopovers at train stations for graphic studies. Due to the circumstances, he mainly made drawings and watercolors, which he brought back from this trip as spontaneously executed ‘notes’. In terms of expressiveness, they are among the artist's most important works in these techniques, which is largely owed to the time pressure under which they were created. In this context, portraits of the inhabitants of the places he visited are of a special expressiveness characterized by a unique immediacy. With the reduced colors of the present watercolor, Nolde knew how to increase this quality even more. The sitter, depicted in strong contour lines, looks directly at us, her head just slightly tilted and her simple yet striking headpiece rendered with just a few lines.
Impressions gained on this trip, which ended in August 1914, had a lasting effect on the painter's artistic work - not only through the rich study material that Nolde had brought home with him and which he processed in scores of works up to 1915. A great many later works testify to the intensity of the experience, especially with regard to the painter's unique pictorial conception, because they are documents of Nolde's great ability to transfer impressions into a representation in an authentic and spontaneous manner and to convey it with the greatest possible expressivity. [AM]
More Information
+
Bidding Options
+
Bid by telephon / written
+
Contact a specialist
+
Buying from A-Z
+
Preview & Auction Procedure
+
Catalogue Order
+
Register for
Emil Nolde
+
Emil Nolde Biography
+
Sell
Get a free appraisal for a similar object!
Share 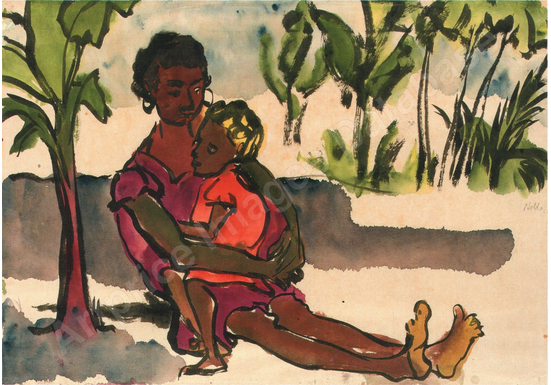 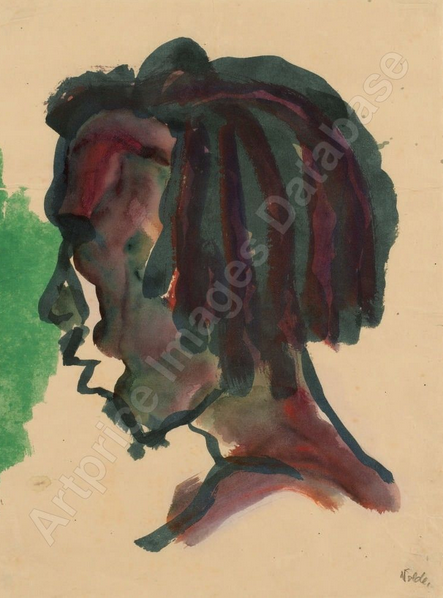 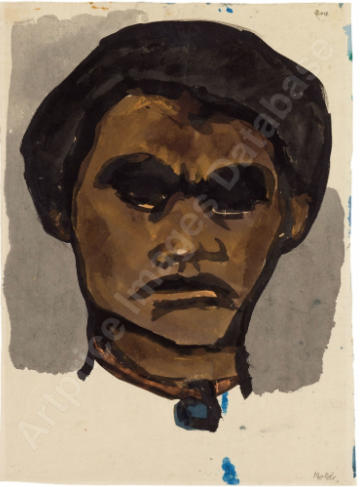 EMIL NOLDE (1867-1956)
Bildnis eines...
Sold: € 42,000
More offers for Emil Nolde
+
and all other offers
You might also be interested in
+
and all other offers
Buyer's premium, taxation and resale right compensation for Emil Nolde "Südsee-Mädchen"
This lot can be subjected to differential taxation plus a 7% import tax levy (saving approx. 5 % compared to regular taxation) or regular taxation, artist‘s resale right compensation is due.