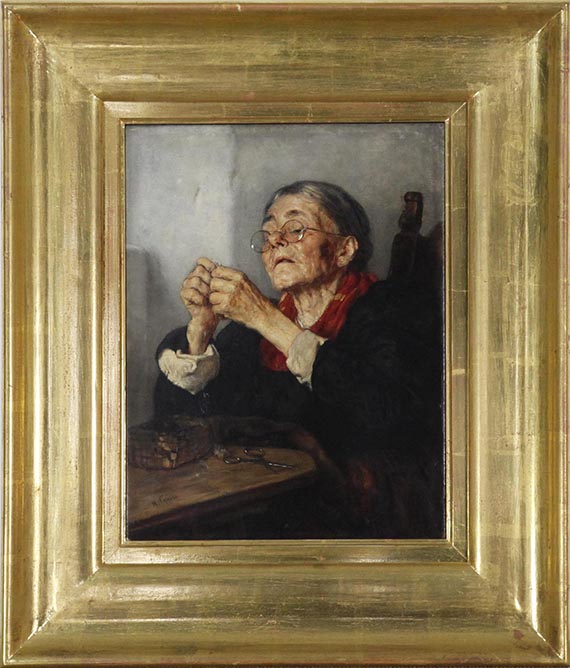 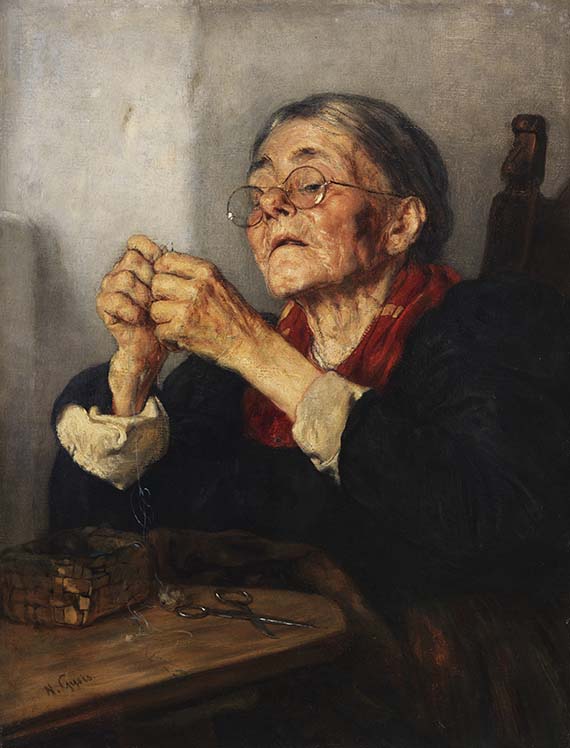 Born on the Cycladic island of Tinos, Nikolaos Gysis later went to art school in Athens. In 1856, supported by a scholarship, he traveled to Munich, which enjoyed an eminent international reputation in Greece as well as throughout Europe. Gysis worked at the Munich Academy until 1871, spending three formative years in the class of the renowned historical painter Carl Theodor von Piloty. On subsequent study trips to Asia Minor and Greece, he began to dedicate himself to genre painting. Instead of folkloristic scenes, however, he committed himself to the kind of searching and authentic Realism that dominated international academic exhibitions at the time. Trained at one of the best contemporary academies in Europe, he showed great technical skill in reproducing materiality and detail, illustrating his artistic talent. In 1882, Gysis was appointed professor at the Munich Academy where he continued to teach until his death. Counted among the representatives of the so-called Greek Munich School, he was part of the close cultural ties between Bavaria and Greece that prevailed in the 19th century. [KT]
More Information
+
Sell
Get a free appraisal for a similar object!
+
Register for
Nikolaos Gysis
+
Buying from A-Z
+
Contact a specialist
Share