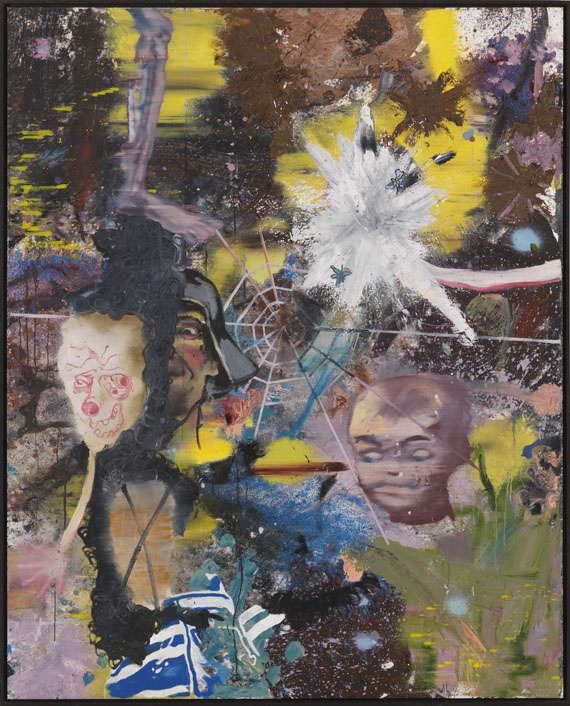 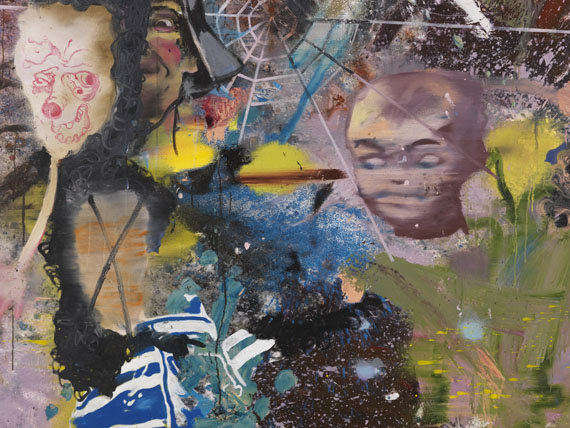 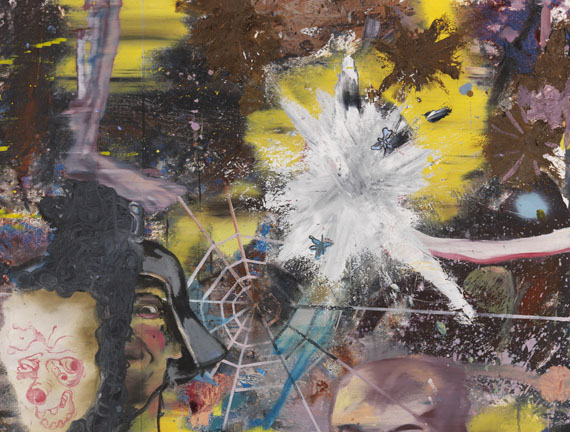 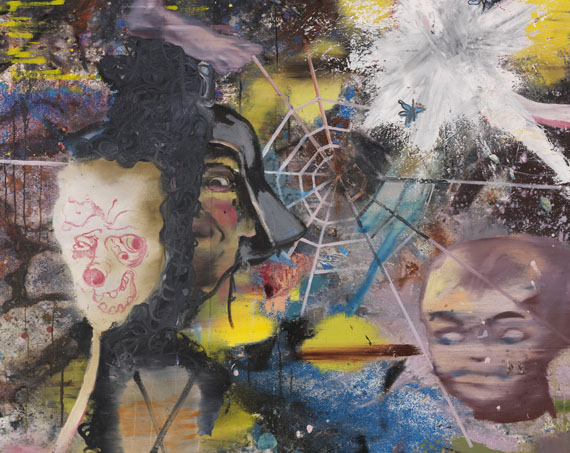 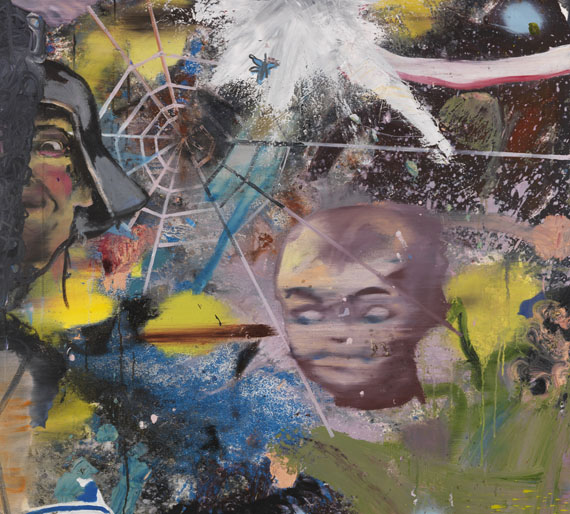 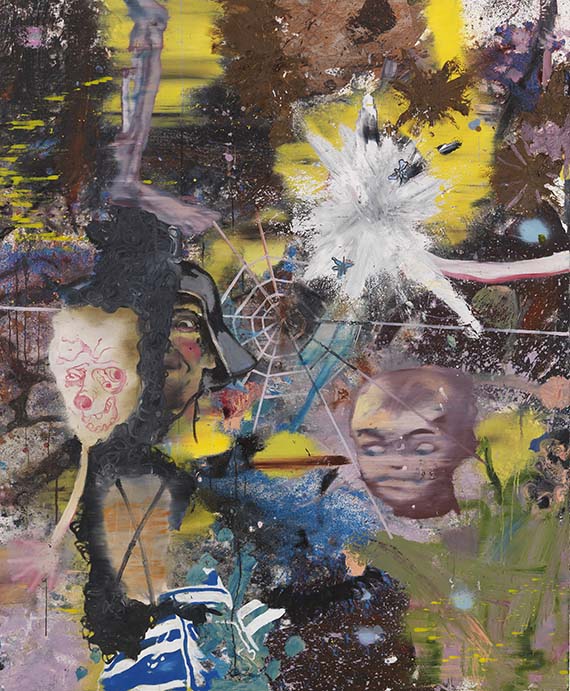 • Large work from Richter's transitional period between abstraction and figuration in the 1990s, which saw the artist's breakthrough as the shooting star of contemporary German painting.
• Fascinating blaze of form and color.
• The artist creates a symbiosis of chance and strategy, surface and detail, of abstraction and association.
• Another work on this theme is part of the Collection Falckenberg, Deichtorhallen Hamburg.
• Daniel Richter's works are in possession of many important public collections, among them the Museum of Modern Art, New York, the Centre Pompidou, Paris, and the Städel Museum, Frankfurt am Main.

In his impressively diverse and gaudy exaggerations that encompass both abstraction and figuration, Daniel Richter often shows references to pop culture, mythology and history, relates to current affairs and thus addresses political and social issues. Today he is considered one of the most successful contemporary painters.
In the 1990s, Daniel Richter was still firmly rooted in abstraction, before he committed himself to figurative painting from 2000 onward. The work offered here was created at the turning point of this stylistic transition, it unites the very figurative tendencies with a narrative undertone and the irrepressible lust for a variety of colors and shapes, which Daniel Richter himself describes as "insanely annoying", while the art historian Roberto Ohrt describes them so aptly as "maximum abundance of color and painting "(ex. cat. Daniel Richter. 17 Jahre Nasenbluten, Berlin 1997, p. 10).

Just like this piece from 1999 offered here, Richter's works from these early years are bursting with delight in a variety of shapes and colors and, in aesthetic terms, they are definitely reminiscent of urban graffiti. Here and there human figures can be seen. Their contours and facial features are often distorted or blurred, they stand upside down or are only shown in fragments. A toddler‘s round face can be found particularly often, which Richter combines here with a grimacing, mask-like and long-nosed caricature and a half, red-cheeked face of a man wearing a helmet. One leg protrudes into the picture, a straddled hand is stuck to a thin arm and some insects try to escape a spider web stretched across the center of the picture. In this balance between figuration and abstraction, in the use of strong colors, amorphous and organic forms and the collage-like faces and limbs inserted into an overloaded pictorial happening, Richter's nightmarish structures are aesthetically reminiscent of Albert Oehlen's painterly solutions with which Daniel Richter came into contact while he worked as his assistant and which always represented an important point of reference for the somewhat younger artist. (Cf. Lisa Beisswanger, Woher des Wegs Daniel Richter, Schirn Magazin online, December 17, 2015)

In the last few years in particular, Daniel Richter's work has been honored with important international exhibitions. In 2015 the Frankfurt Schirn Kunsthalle dedicated the solo exhibition "Hello, I Love You" to him. In 2016/17 his works featured the comprehensive retrospective "Lonely Old Slogans", on display at the Louisiana Museum in Humlebæk, Denmark and the ‘21er Haus‘ in Vienna (today Belvedere 21). The artist's paintings are represented in numerous public collections around the world, including them the Museum of Modern Art in New York, the Center Georges Pompidou in Paris and the Städel Museum in Frankfurt am Main. [CH]
More Information
+
Sell
Get a free appraisal for a similar object!
+
Register for
Daniel Richter
+
Buying from A-Z
+
Contact a specialist
+
Daniel Richter Biography
Share