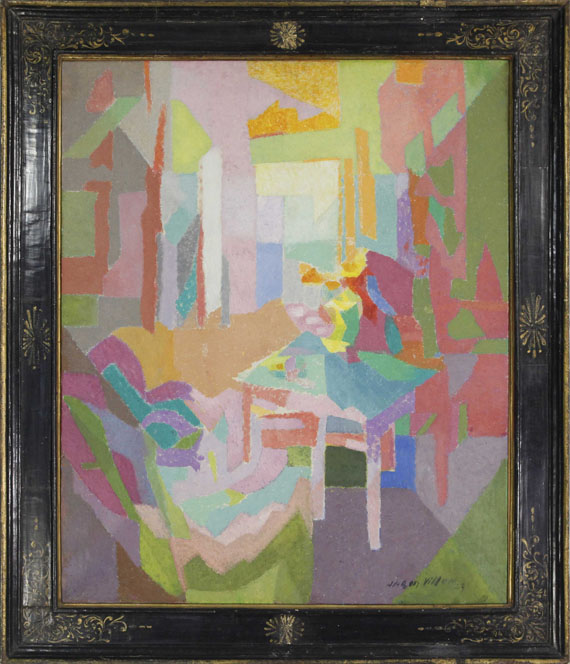 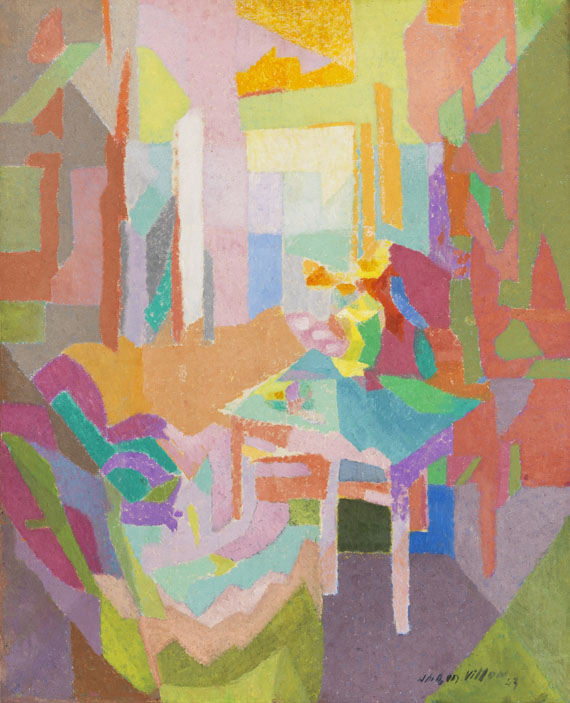 • Important and comprehensive exhibition history,
• Works by the artist are in many international collection like the Musée du Louvre, Paris, the Solomon R. Guggenheim Museum, New York, or the Vatican Museums, Rome.
• In 1955 and 1959 Jacques Villon showed works at documenta I and II, in 1964 he was posthumously represented at documenta IIIn.

"In composing a painting I always begin with a proportion which then I plot. My starting point is in nature, but I don't feel the need in sticking to nature. My paintings's got to be my own creation."
(Jacques Villon, quoted from: Dien Robbins, Jacques Villon, Harvard College 1976, p. 165)