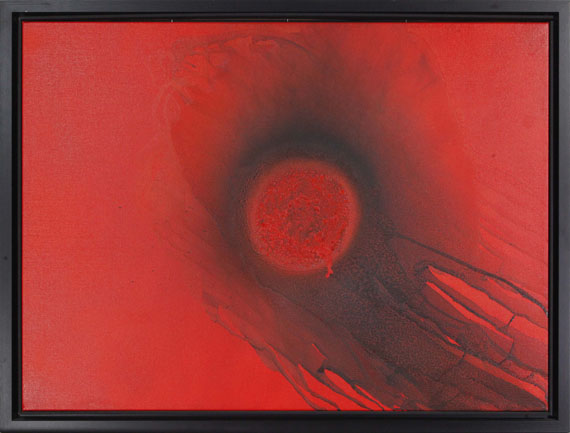 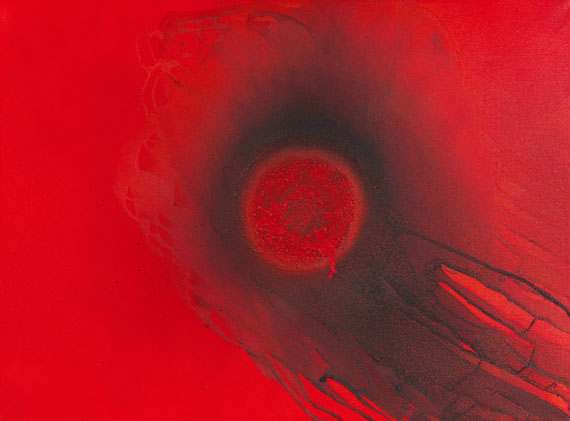 • For the first time offered on the international auction market.
• Fire became the key element of creation in Piene's "Fire Pictures" as early as in the mid 1960s.
• In the artist's oeuvre fire has attained an iconographic status that made Piene one of the protagonists of the German post-war avant-gard.

Otto Piene and Heinz Mack dared to take a new artistic approach as early as in the late 1950s : They demanded a reduced, purified art, liberated from the individual‘ subjectivity. An art that they understand as a synthesis of nature and technology and which, in their opinion, not only evoke feelings, but should also address the viewer's ratio. They wanted to contrast the dramatic, expressive and often gloomy images of the then prevailing Informalism with a luminous, quiet art.
In his work from the following years and decades, Piene intensively examined the effects of light, space and motion, while light plays a predominant role: "Light is the first condition of everything visible. [..] Light is the element that is crucial for human beings and for the image. " (Otto Piene, in: Über die Reinheit des Lichts, 1958). It was Piene's goal to create a painting of light, to elevate light to the actual content of the picture: "My pictures should be bright, brighter than the present world." (Heinz Mack, Otto Piene and Günther Uecker, Zero. Der neue Idealismus (Manifest), 1963). While Heinz Mack and Günther Uecker dealt with light itself, Piene experimented with fire and smoke in his art. From the mid-1960s onward, the artist bound soot on the canvas by igniting the canvas, which was pretreated with paints and fixative, letting it burn for a few brief moments. The resulting heat causes the color pigments to coagulate. The result, is a crusty surface with a delicate, nebulous, yet powerful and almost mystical circular structure with a delicate tail and fine wisps of smoke, just as it is the case with our work. Fire becomes the decisive creative element. As co-founder of the artist group "ZERO" and one of the great pioneers of international light art. Today Otto Piene is considered one of the "great avant-gardtists of German post-war art" (Zeit Kultur online). [CH]
More Information
+
Bidding Options
+
Bid by telephon / written
+
Contact a specialist
+
Buying from A-Z
+
Preview & Auction Procedure
+
Catalogue Order
+
Register for
Otto Piene
+
Otto Piene Biography
+
Sell
Get a free appraisal for a similar object!
Share 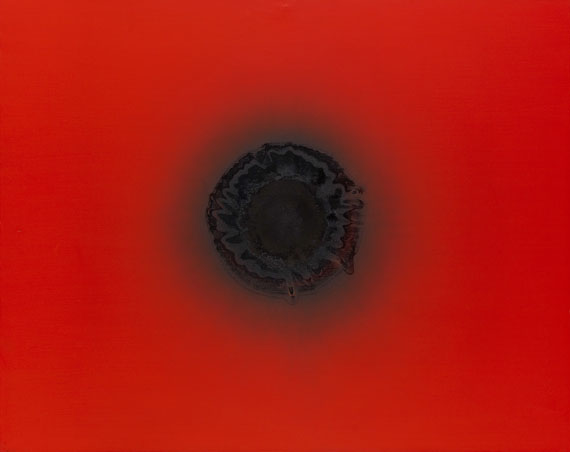 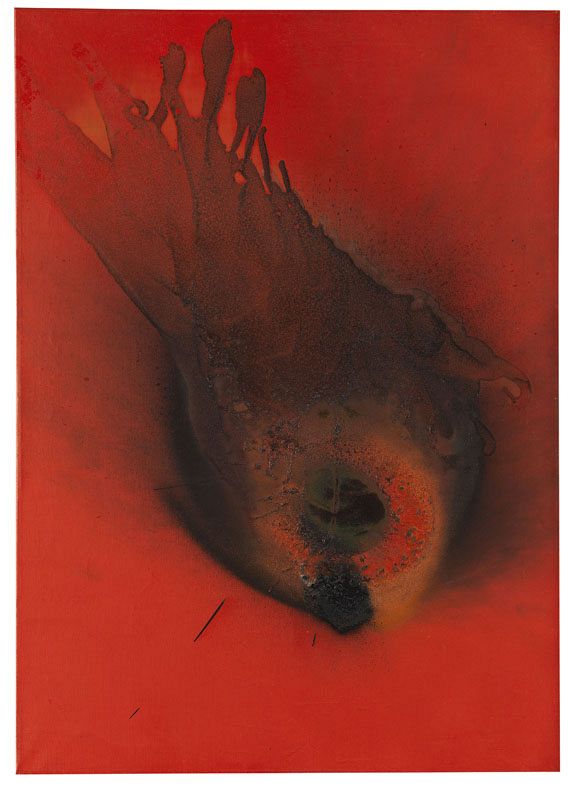 Resale right apportionment:
In accordance with §26 of German Copyright Act, a droit de suite charge of 2.4% including VAT is levied for original artworks and photographs for the compensation of the statutory right of resale.
Otto Piene - lots sold by Ketterer Kunst
+
all