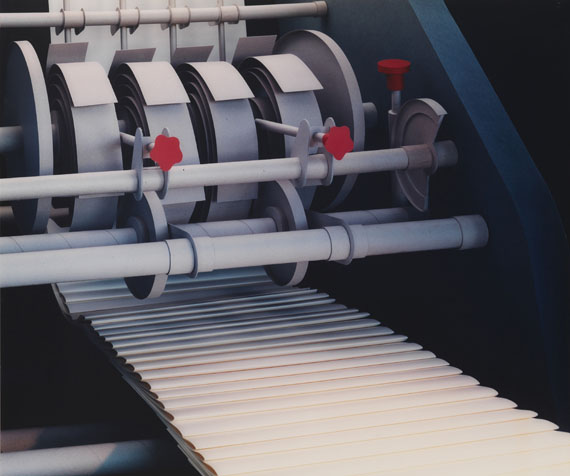 • In private German ownership for almost 20 years.
• Other works by the artist from the 1990s are at, among others, the Museum of Modern Art, New York, the Tate Gallery, London and the Solomon R. Guggenheim Museum, New York.
• Although his photographic works seem to depict real objects, they actually show scenes that Demand had previously constructed with painstaking detail using paper and cardboard.
• In his photographs from these years, gray and white tones dominate, in this work they are broken up by red accentuations.

PROVENANCE: Von Lintel Gallery, New York (with a gallery label on the reverse).
Private collection Southern Gemany (acquired from the above in 2003).