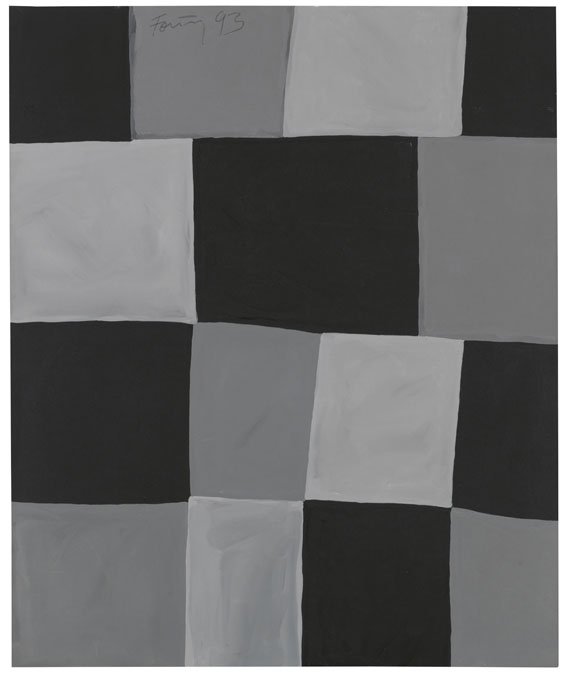 • From the small series of gray-black-white diamond paintings, which evolved from Förg's gray paintings from the 1970s.
• Rare. So far only two other works from this series have been offered on the international auction market (artprice.com).
• Fine example of Förg's masterly play with the adaptation of art-historical traditions from Paul Klee to Blinky Palermo and Cy Twombly.
• Exceptional composition that inspires with its minimalist choice of colors and gentle nuances.
• Large-format color fields are at numerous international museums, such as the Museum of Modern Art, New York, the Städel Museum, Frankfurt a. M., the Stedelijk Museum, Amsterdam, and the San Francisco Museum of Art.

The painting is registered at the Günther Förg Archive with the number "WVF.93.B.0716". We are grateful to Michael Neff, Estate Günther Förg, Frankfurt a. M., for his kind expert advice.

PROVENANCE: Luhring Augustine, New York (acquired directly from the artist).
Private collection (acquired from above in 1993, until 2021).

Essay
Günther Förg's work is a devotion to the intrinsic value of color, the relentless attempt to work out its own life and its almost infinite wealth of variation through ever new combinations. His painting almost effortlessly brings together what seems irreconcilable at first sight, it combines elements of concrete art with gestural elements: geometric rigor meets expressive spontaneity, a calculated system meets the spontaneous intuition of the application of paint. Up until the 1980s Förg's paintings were preceded by extremely rough construction sketches; he always creates his works from a single layer of paint which leaves little room for corrections. For the creation of his paintings Förg has only one shot, the visible result can be realized with just one layer of paint. Time and again Förg's painting seeks a stylistic confrontation with other artists. In addition to influences from abstract pre-war Modernism, Constructivism and Suprematism, the work of the early deceased Blinky Palermo played a formative role for the art student Förg in the 1970s. Later on, American Action- and Color Field Painting became additional rich sources of inspiration. Förg adapted and transformed what he saw, thus repeatedly making new impulses usable for his own multifaceted works. In our large-format work "Untitled" (1993), Förg confidently plays with the art-historical tradition of grid pictures and combines this formal structure with his gestural application of paint and the color palette of his famous gray pictures. During his time at the academy in the 1970s, Förg began to paint gray pictures every week, applying black paint to a primed canvas and using a sponge to form a gray structure. "The pictures were created kind of like on a school blackboard, a certain resemblance was obvious. That's how I worked from the beginning, which, in retrospect, seems a bit strange. You come to the academy and you have a certain freedom in mind [.] but I immediately entered into a kind of ‘servitude’ by painting a gray picture every week." (G. Förg, quote from: Kunst Heute, no. 18, Cologne 1997, p. 20). In the 1980s, he partly structured these gray pictures with wiped, almost monochrome grid structures, which he then - inspired by the small-format abstract work of Paul Klee – refined to large-format, multi-colored checkered structures of black, white and gray fields in the small series of works created in 1993. This series of works, which also includes our large-format painting,was shaped by influences from Paul Klee to Blinky Palermo, while the reduced choice of colors has its origins in Cy Twombly's gray paintings and Robert Ryman's almost monochrome creations. What all of Günther Förg's paintings have in common is the nuanced, vibrant color scheme, which he once described as follows: "Technically, I go into the next color with the brush, so that my palette won’t end up monotonous, but with some sort of wealth instead." (G. Förg, quote from: G. Förg in a conversation with Siegfried Gohr, Cologne 1997, p. 43). In 2014 the Museum Brandhorst, Munich, presented a first posthumous overview of the artist's work. In 2018 the retrospective "Günther Förg. A Fragile Beauty" followed, which was also shown at the Stedelijk Museum, Amsterdam and at the Dallas Museum of Art. Förg's paintings can be found in numerous international museum collections, such as the Museum of Modern Art, New York, and the Pinakothek der Moderne, Munich. [JS]
More Information
+
Sell
Would you like to sell a similar object?
+
Register for
Günther Förg
+
Bidding Options
+
Written bid
+
Buying from A-Z
+
Contact a specialist
+
Günther Förg Biography
Share 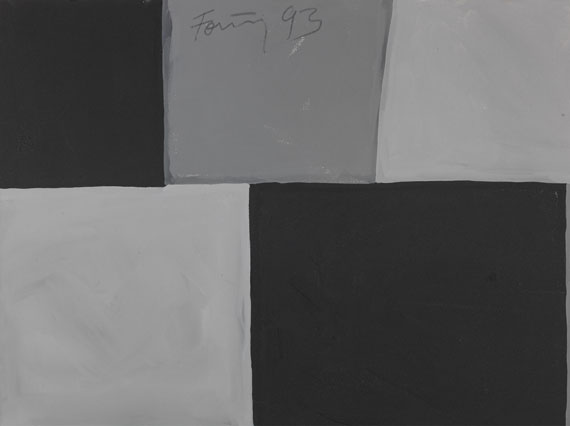 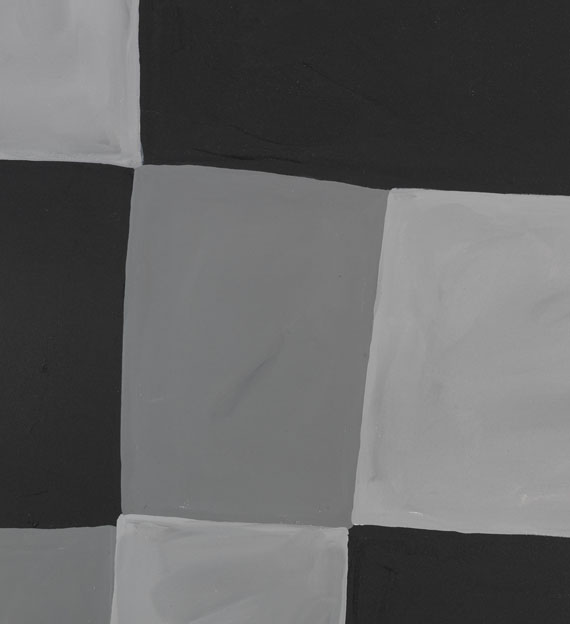