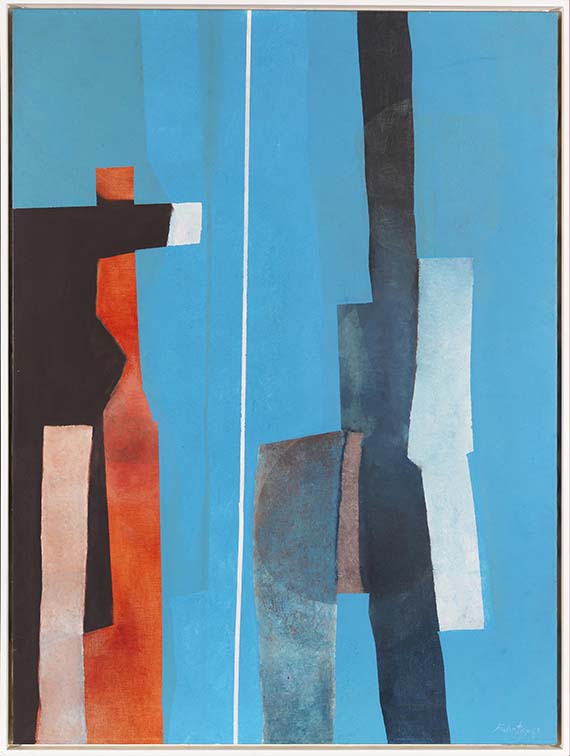 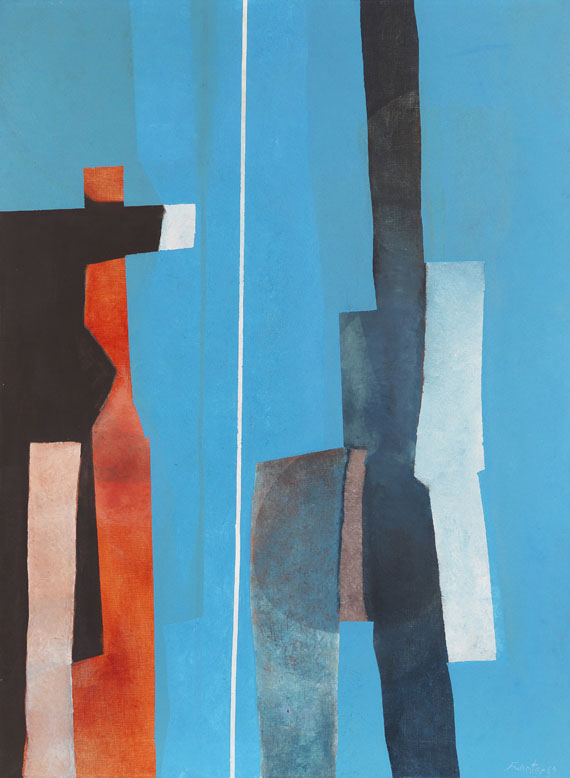 Fritz Winter is one of the most important artists of abstract German art after 1945. At the first documenta in 1955, his importance as protagonist of abstraction before and after the war was recognized. Through his professorship at the Werkakademie in Kassel (1955–1970), he had great influence on the following generations and was able to pass on the tools that he himself received from teachers like Paul Klee at the Bauhaus. His compositions from the 1960s are increasingly dominated by the surface. The stencil schemes that now emerge also show that Fritz Winter was definitely moving away from the purely painterly approach of the 1950s and that he started to integrate new approaches. In this work complex of stencil pictures, the clearly outlined forms interlock to form ribbons and color fields. Fine, clearly defined angles and corners dissolve the elongated color bands in our painting. A vertical, fine, white line, created by masking the layers of color underneath, cuts through the composition at a central point. The application of the blue is the last step with which Fritz Winter completes the composition and creates the shapes of the ribbons. [EH]
More Information
+
Sell
Get a free appraisal for a similar object!
+
Register for
Fritz Winter
+
Buying from A-Z
+
Contact a specialist
+
Fritz Winter Biography
Share