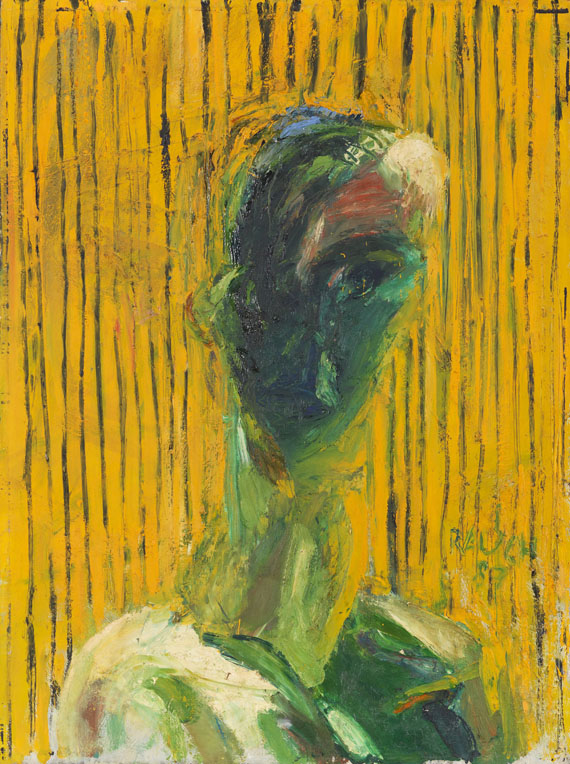 • Impasto self-portrait from the artist's days at the Leipzig art school where he was master student of Bernhard Heisig as of 1986.
• The group show "Junge Künstler im Bezirk Leipzig" marked the beginning of his exhibition history in 1986.
• Neo Rauch describes his early creative period as his "first sort of succssful self-circumnavigation" (interview with Andreas Höll, September 25, 2020, MDR Kultur).
• Works by artists are in many renowned international collections, among them the Museum of Modern Art, New York, the Fondation Beyeler, Riehen/Basel, and the Stedelijk Museums, Amsterdam.

LITERATURE: Ketterer Kunst, Munich, 306th auction, Modern Art and Post War, December 5, 2006, lot 361 (with color illu.).
"[.] I myself was a heavy epigone several times, God knows. I had a Werner Libuda period, was quite close to Heisig and Bacon, I also tried to walk alongside the early Baselitz. An essential part of the early years of a painter is to slip into other people's work gloves. I just wanted to try everything. "
Neo Rauch in an interview with the MDR magazine "Figaro", October 13, 2005 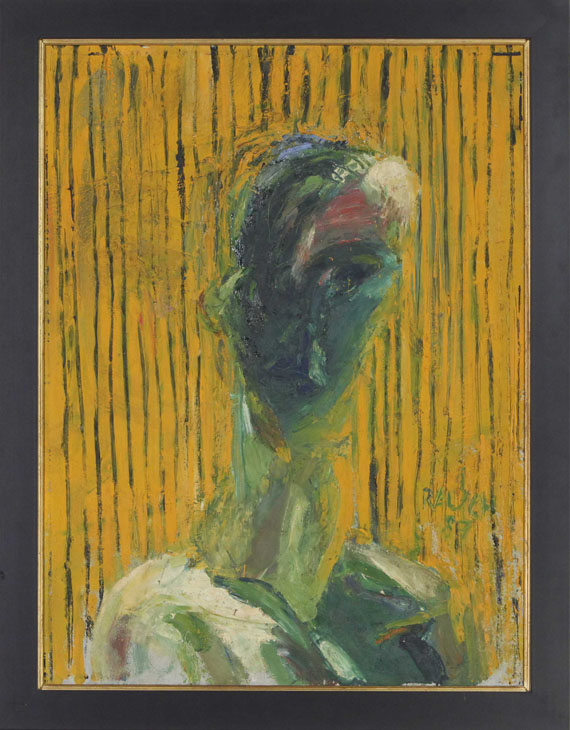