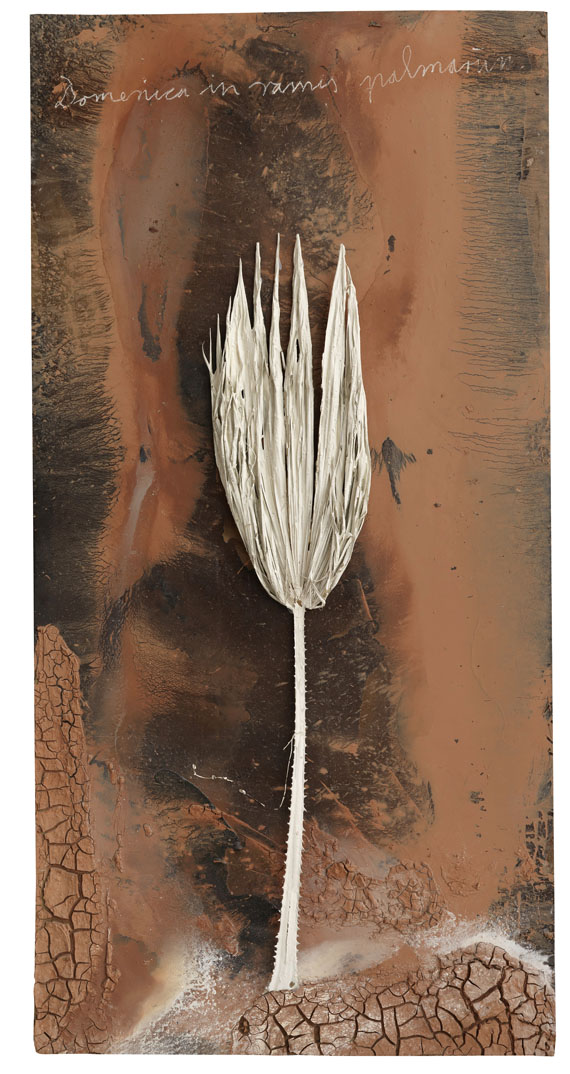 Essay
There is no other painter who knows how to present cultural and intellectual history in his oeuvre in such a convincing and surprising way as it is the case with Anselm Kiefer. His artistic work is characterized by his ability to condense and literally materialize history and legends, collective ideas and myths, but also conflicts and contradictions of civilization, as well as suppressed or lost knowledge in pictures. The fact that he always knows how to supplement his works with handwritten lines in order to literally put them on a literally legible level of reflection is just as much a part of his method as is his conception of painting, which can be put in a nutshell: “I think by painting”. At first glance, the portrait-format picture we are talking about addresses color as material: the visible and palpable shades of brown, umber and ocher in the upper half of the picture look like muddy, damp erosions of soil. The lower part of the picture, with its torn, centimeter-thick applied paint, is more reminiscent of a river bed run dry. We are dealing here with a “landscape picture” of a very special kind. Kiefer's handling of material, color and “nature” is underlined by a palm leaf placed vertically at the picture’s center. It is a thorny, white-framed leaf of a fan palm, dried as if intended for a large herbarium. His statement "There is no landscape that is completely innocent" seems to be confirmed by this karstified, very haptic section of nature. Staged like this, nature becomes a landscape and thus an expression of civilizing ideas, longings, dreams and fears.
The entry of Jesus into Jerusalem as a subject of painting.
But that's not all: As if the meaning of the image also had to be expressed in language, Kiefer inscribes the upper part of the work “Domenica in ramis palmarum” with his typical script, and thus recalls the hymn of praise for Christ entering Jerusalem on Palm Sunday (dominica palmarum). Palm Sunday traditionally is the sixth Sunday of Lent and thus the last Sunday before Good Friday and Easter. It could also be seen as a significant interface between Judaism and Christianity. For in the Gospels it is reported that Jesus, riding on a donkey, was received with jubilation by an ever-increasing crowd in Jerusalem. In ancient times, palm branches were considered a symbol of victory and reliance. But only five days later, the one who had just been celebrated was to be publicly executed at the gates of the city like a felon and public enemy. (Crucify him! Crucify him! John 19.6). On the one hand, Palm Sunday marks a contradiction that is open on three sides, between the Roman occupying power, the Hebrews and their burgeoning ideals of freedom and salvation. On the other hand it marks the beginning of a Christian tradition that persists up until today; a tradition in which death, resurrection and redemption became important components of a salvation mystery. For Kiefer, remembering all of this does not mean imagining the past in order to make it ultimately available as (alleged) certainty. It is rather about a poetic, at times intuitive, but also doubtful visualization through pictorial means, also about the reactivation of old or hidden knowledge. Like a philologist, he makes use of historical, epic-literary, mythological and religious-philosophical sources, which often reveal surprising overlaps and analogies.
The relevance of the story
If myth means a narrative independent of the author, then Kiefer’s work would be an artistic treatment of the myth with the aim of gradually demythologizing it. In doing so, he takes the myth seriously, sees it as the basis, not as a contradiction of enlightened thinking. His method of visualizing stories and history consequently does not involve turning backwards, but always starts from the presence, inquiring about the relevance of history and commemorative culture for the present, but with a future-oriented impetus Kiefer continues to conduct this type of research and critical analysis as a painter who knows how to translate very complex issues into pictorial formulas. In this work the traditional story of Jesus' Entry into Jerusalem is condensed in a picture in a special way that reminds us of Informalism and Color Field Painting. It also understands color as a material and, above all, knows to recall a historical event between Christianity and Judaism . Painting as a medium and a possibility of reminiscent thinking.
Peter Friese
Former director of Neues Museum Weserburg in Bremen
More Information
+
Sell
Would you like to sell a similar object?
+
Register for
Anselm Kiefer
+
Preview & Auction Procedure
+
Bidding Options
+
Bid by telephon / written
+
Buying from A-Z
+
Catalogue Order
+
Contact a specialist
+
Anselm Kiefer Biography
Share 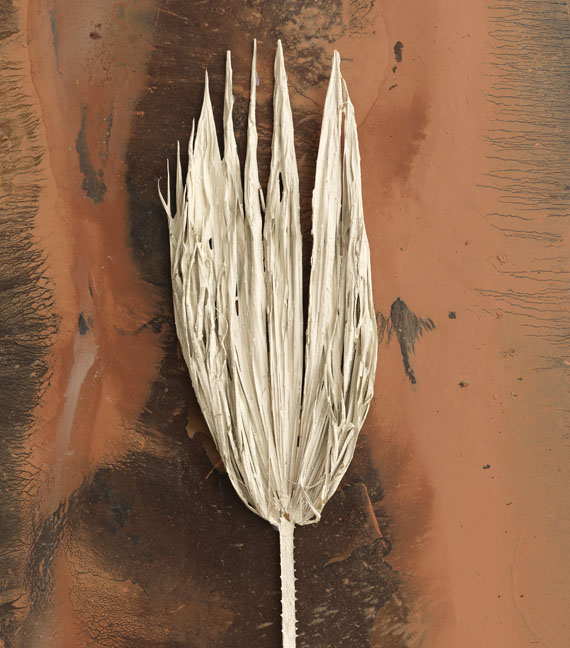 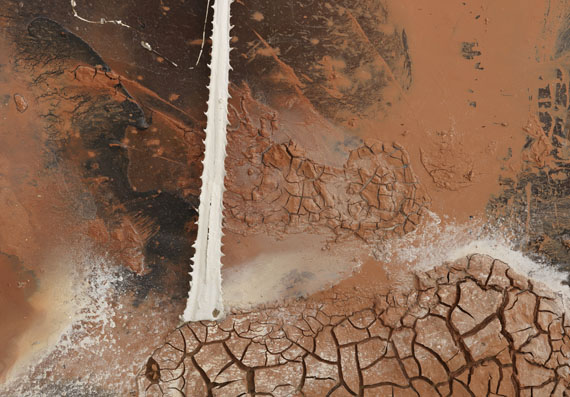 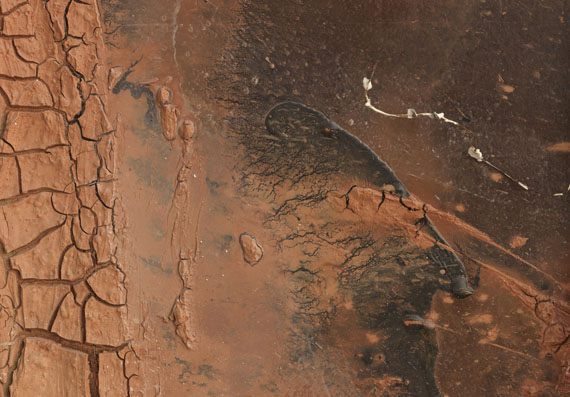 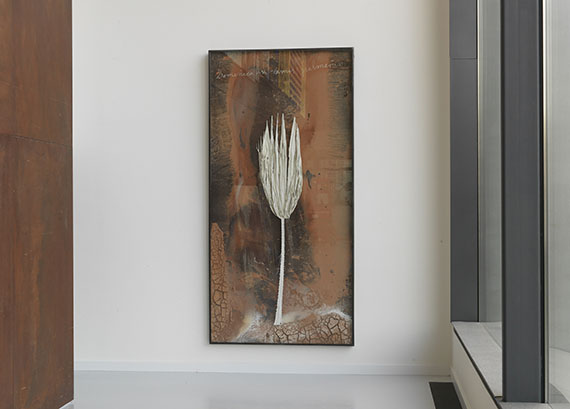 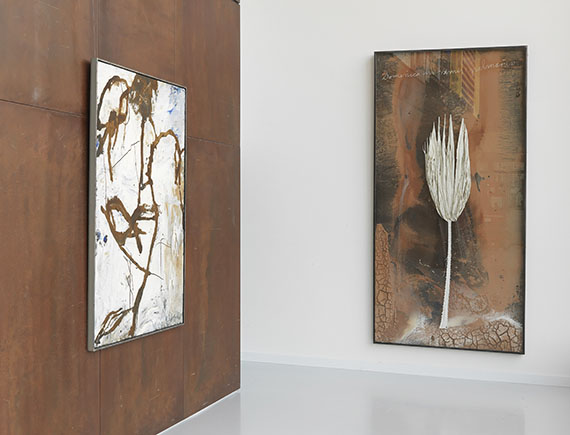 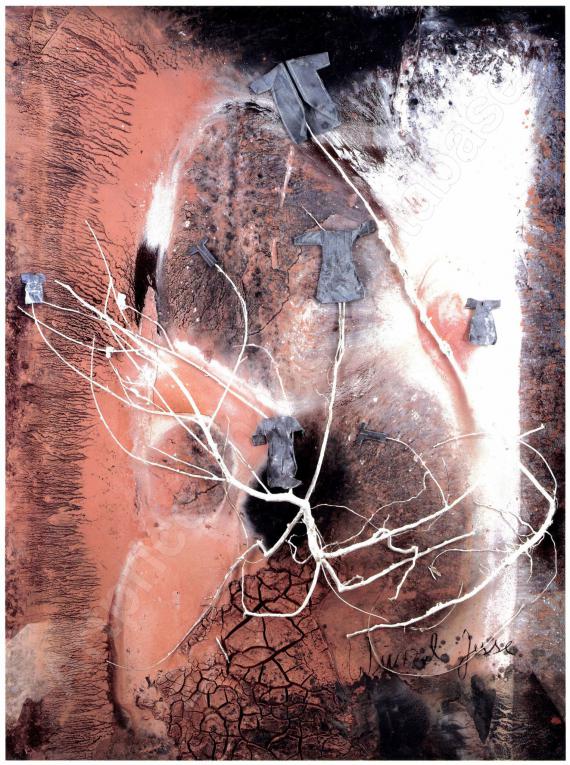 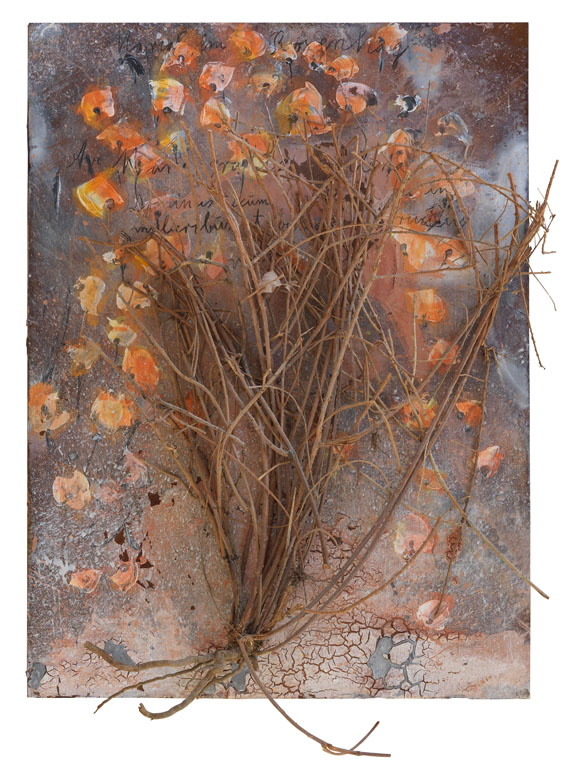 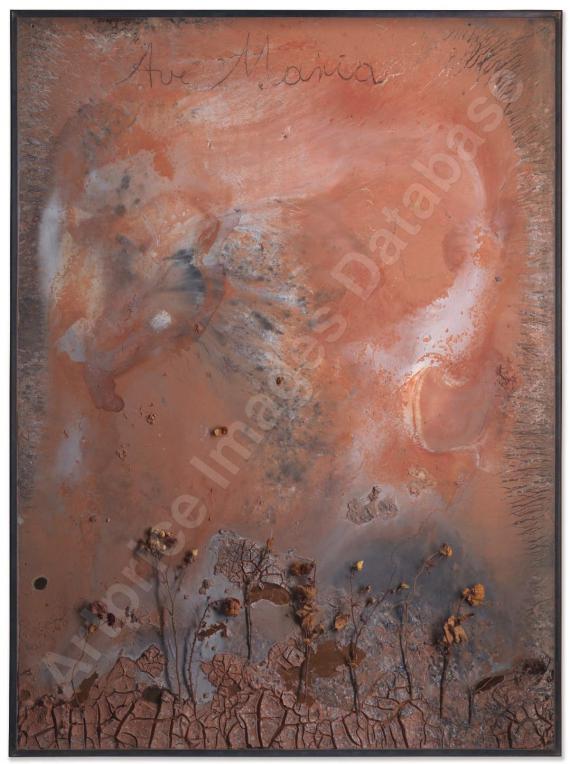 ANSELM KIEFER
Ave Maria (2008)
Sold: € 297,024
You might also be interested in
+
and all other offers
Buyer's premium, taxation and resale right apportionment for Anselm Kiefer "Domenica in ramis palmarum"
This lot can be purchased subject to differential or regular taxation.