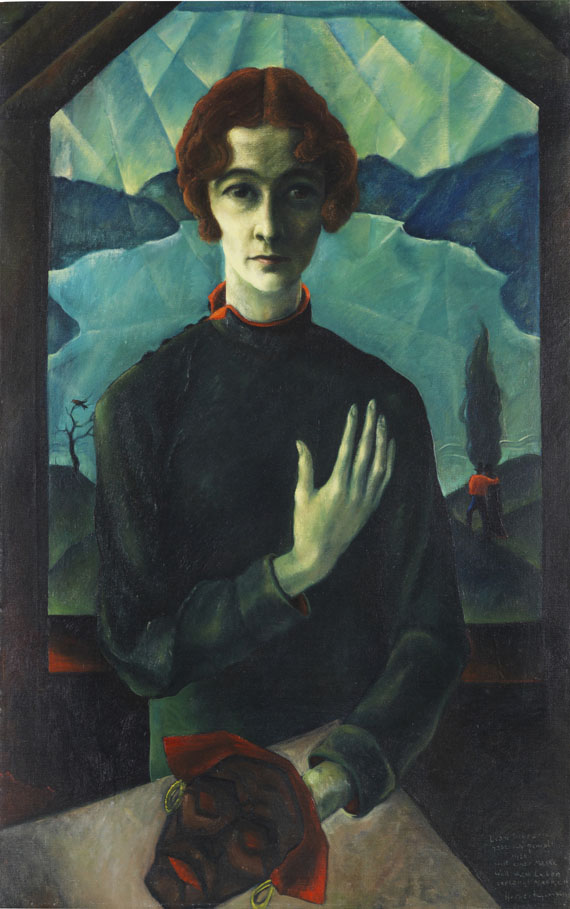 • Gurschner's portraits are characterized by a mystically transfigured Realism.
• Obvious reminiscence of the Renaissance portrait in New Objectivity manner.
• Works by Herbert Gurschner are shown at Tate London and the Gallerie degli Uffizi, Florence.

Essay
Herbert Gurschner grew up in an art-loving family. His parents encouraged his talent, which he recognized at an early age, and in1917/18 they let him attend the Applied Arts College in Innsbruck as a guest student. He then took private drawing lessons with Walter Thor in Munich and was accepted as a student at the Munich Academy. He attended Peter von Halms' class, and, for a short time, the class of Franz von Stuck. His early works were entirely under the influence ofhis Tyrolean homeland and show great parallels to the art of Alfons Walde. The rural subjects would have a high priority in his work throughout his life. In 1924 he married Ella Dolores Erskine, a member of the English nobility. She introducedhim to the upper class and arrangedimportant contacts with artists and collectors in England. He was enthusiastically received by the English art scene. The young artist traveleda lot, including trips in Italy to Ravenna, Siena and Florence. It is certain that he familiarized himself with Italian art there, as the reference to Italian Renaissance becomes unmistakably obviousin the composition of hispictures, especially in the portraits. The classic composition of a seated or standing figure in front of a window, which offers a view of the landscape, is a clear reminiscence of the Italian Trecento and Quattrocento. In a composition that is also shown in many of his later portraits from the 1930s, Gurschner depicts Bean Ingram in the splendid manner of an Italian Renaissance portrait. For instance like Pierro della Francesca showed Count and Countess Montefeltro in front of a barren, mountainous landscape with a lake under the wide open sky. With the introduction of an external view through the window and in particular with the shape of the window frame, which is reminiscent of that of a picture frame, this picture-in-picture immediately suggests a disparity and the possibility that several realities exist within the same picture. Similar to the verist Christian Schad, Herbert Gurschner's painting is characterized by a very skilled precise, detailed painting technique. "Bean Ingram" is partof a series of portraits created in the late 1920s and 1930s. With the move to England and the contacts of his wife, Gurschner became a sought-after high society portraitist. He took active part in English social life and mainly earnedaliving fromcommissionedportraits. Most of his clients belongedto the nobility, such as King Gustav of Sweden and Princess Adalberta of Bavaria, or were dazzlingpersonalities from the cultural and economic world, such as Lawrence of Arabia and Mrs. A. Lehmann. Gurschner's portraits have a tendency towards the unconventional, and a certain tendency towards a mysticism cannot be negated, either. The portrayal of Bean Ingram is not ‘beautiful‘ in aclassical sense, but the young woman still has a fascinating appearance that puzzles us. The symbolism of the depiction is underlined by an inscription at the bottom right: "I painted Bean Ingram in 1928 with a mask because [sic] life requires masks". [SM]
More Information
+
Sell
Would you like to sell a similar object?
+
Register for
Herbert Gurschner
+
Buying from A-Z
+
Contact a specialist
Share 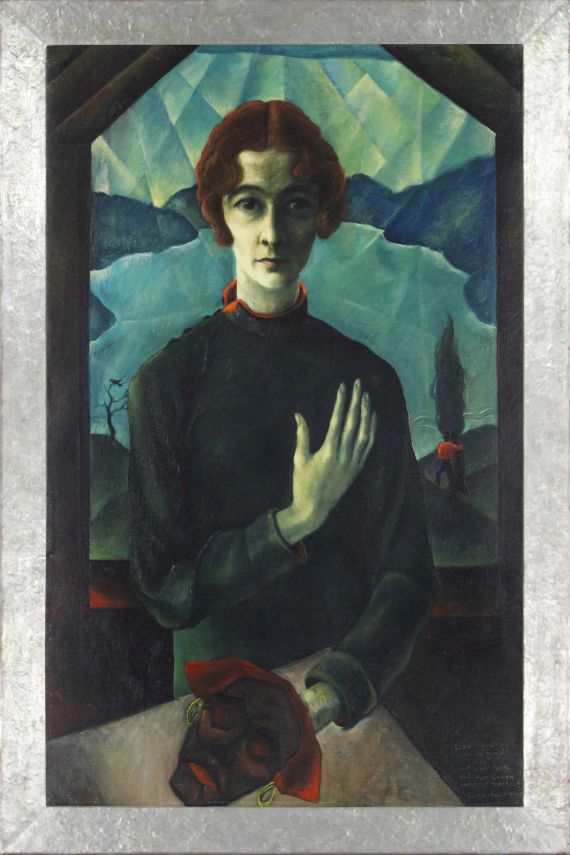