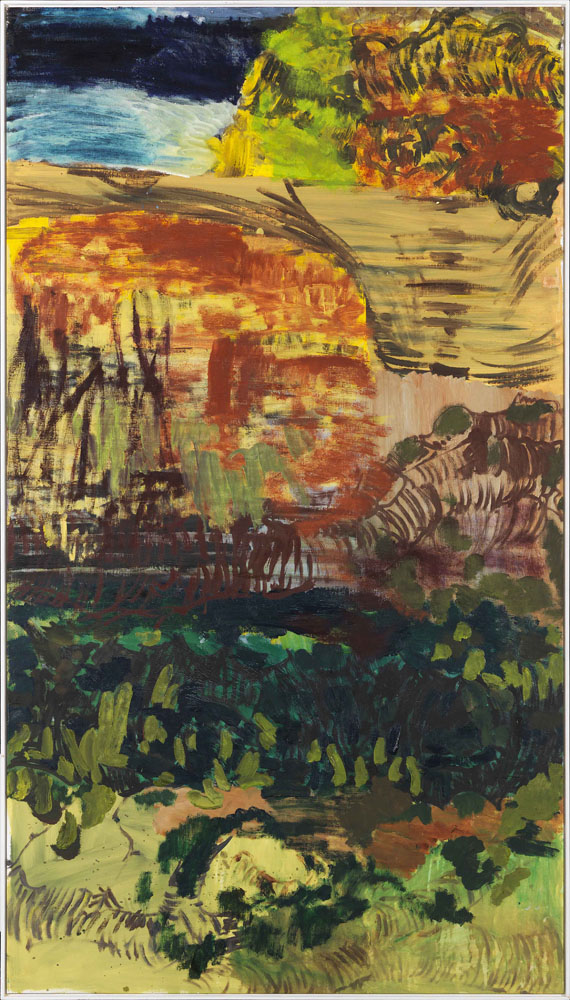 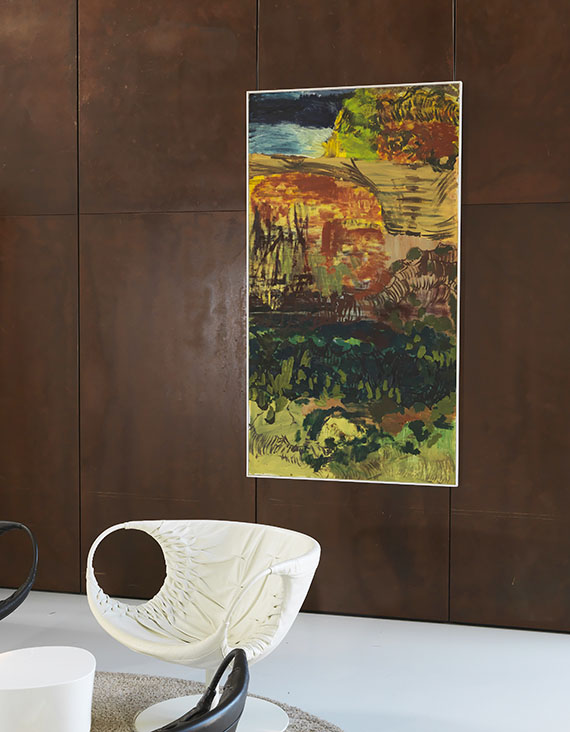 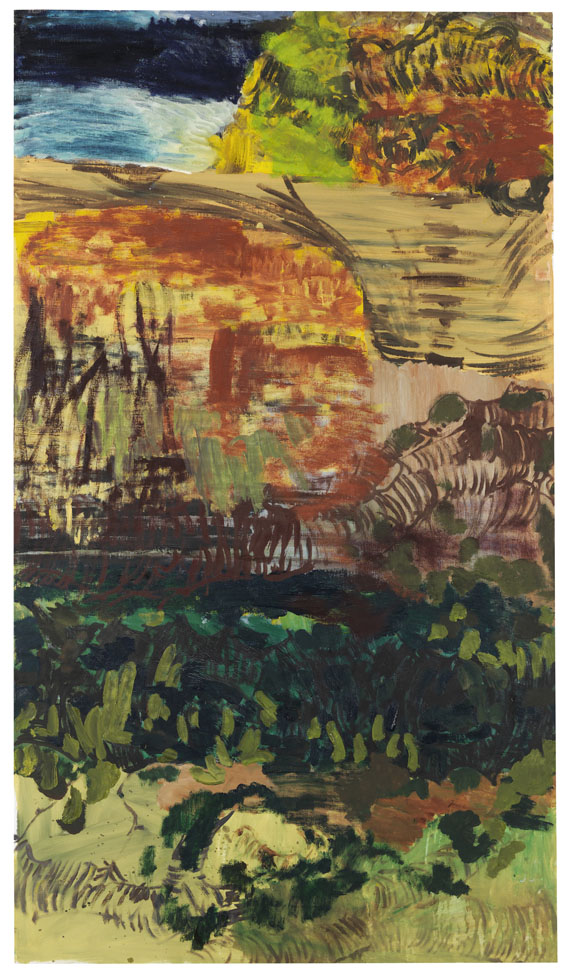 • In a brilliant color palette typical of Kirkeby's ouevre.
• The meticulousness of his geological layers of the earth opens up to a landscape in a bright blaze of colors.
• Paintings in such as striking coloring are among the artist's most sought-after works.
• A similar painting is part of the collection of the Museum of Modern Art, New York (New Shadows III, 1996).
• Kirkeby's paintings can also be found at Tate Modern, London, the Centre Pompidou, Paris, the Statens Museum for Kunst, Copenhagen, and the Pinakothek der Moderne, Munich.

PROVENANCE: Galerie Michael Werner, Cologne/Märkisch Wilmersdorf/New York (with a label on the stretcher).
Private collection Hesse (acquired from aforementioned in 2004).

"I am a painter and I painted a picture. And that's all I have to say. A picture won't show itself through its title or through explanations, instead we simply have to accept that it has to be 'observed'."
Per Kirkeby, 1991, quote after: Per Kirkeby, ex. cat. Tate Modern, London; Museum Kunst Palast, Düsseldorf, 2009/10, p. 13.

Per Kirkeby is a close observer and expects exactly the same calm and absolute devotion to the optical impression from the recipients of his work. Kirkeby, who died two years ago in his hometown Copenhagen, is considered the internationally widest known Danish artist of his generation and one of the most important European contemporary artists. "I see my paintings as a summation of structures. A sedimentation of razor-thin layers. [..] Basically an endless deposition. But what is so striking is that the underlying structure always breaks through, even if a new layer has a completely different motif and a completely different color.” (Quote from: Per Kirkeby, ex. cat. Tate Modern, London et al., 2009/10, p. 10) The composition of Kirkeby's picture gets its fascinating depth effect through mentioned layers. Kirkeby's creations, like our large-format painting, are documents of the natural scientific background of their maker. Before Kirkeby decided to become a painter he studied geology. In Kirkeby's works inspirations from nature and atmospheric landscape impressions play a fundamental role. Motifs found in nature - water, trees, mountains, stones and caves, as well as architectural forms and fragmented body parts – do not result in homogeneous landscapes or figure pictures. They are rather conceived after the principle of the All-Over-Painting in which different concepts of form and sensory impressions are placed side by side on the image surface, like on a kind of notepad. Kirkeby, who not only found his inspiration in nature, but also in landscapes in paintings from European Romanticism, often began with the execution of his paintings in the margins. They have no real center and reject any hierarchy of pictorial elements. The artist rather seemed to follow the unpredictable voice of his intuition during the creation, which allows the composition to grow and emerge like a thought. Accordingly, in his article for the catalog of the solo exhibition at the Museum Kunst Palast and Tate Modern in 2009/10, Richard Shiff described Kirkeby as "Picasso in reverse". In contrast to Picasso's analytical Cubism, no object is formally deconstructed and broken up into its multiple perspectives in Kirkeby's paintings, his painting is the expression of a complex thought as the sum of its individual elements. While Kirkeby's work of the 1970s/80s is still dominated by a muted color palette, brighter colors prevail in later works – like in this large-format canvas offered here. This work is a particularly beautiful example of his turn to a new and lighter palette, which, in accordance with Kirkeby's frequently used season titles, can be interpreted as a late summer picture due to its strong green, yellow, red and blue tones. Today Kirkeby's impressive oeuvre is part of important collections, such as the Museum of Modern Art, New York, the Tate Modern, London, the Centre Pompidou, Paris, the Statens Museum for Kunst, Copenhagen, and the Pinakothek der Moderne, Munich. [JS]
More Information
+
Sell
Get a free appraisal for a similar object!
+
Register for
Per Kirkeby
+
Buying from A-Z
+
Contact a specialist
+
Per Kirkeby Biography
Share