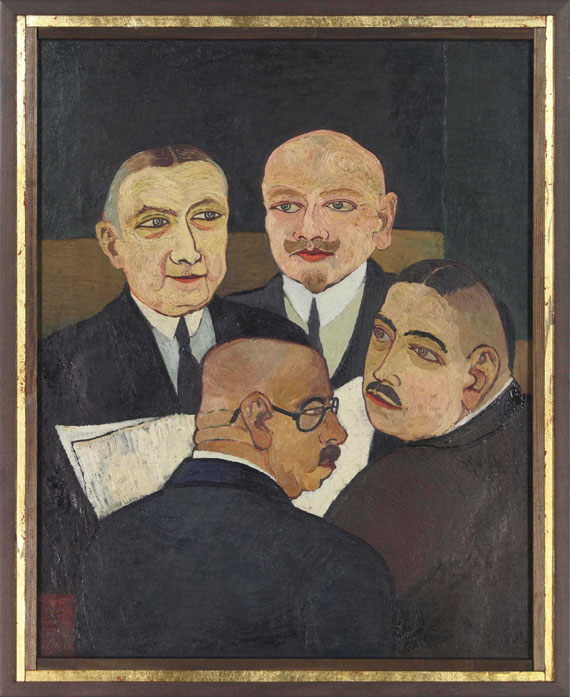 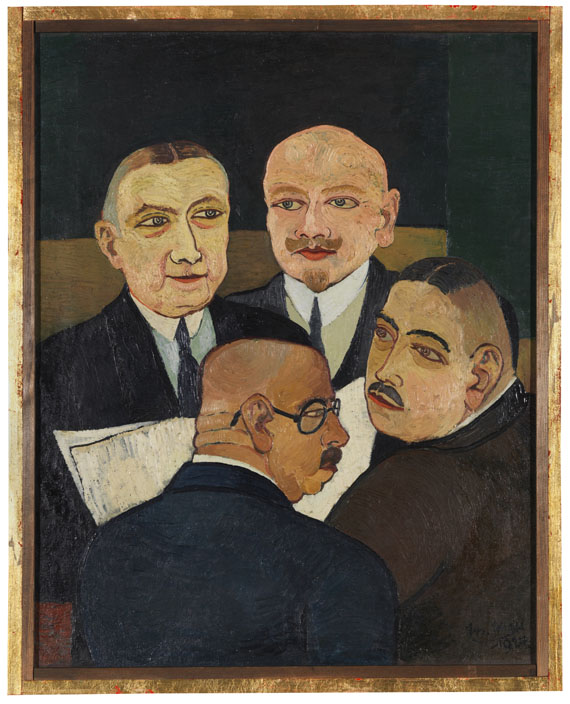 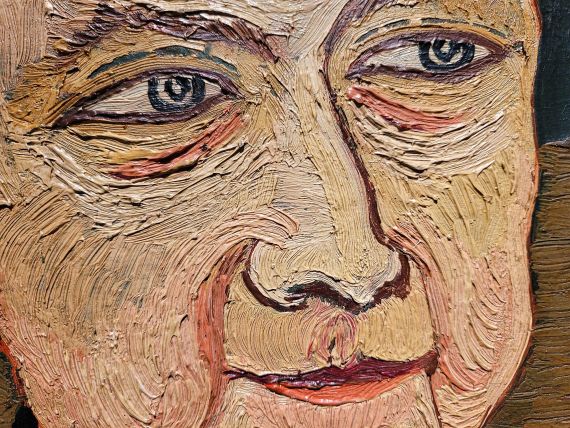 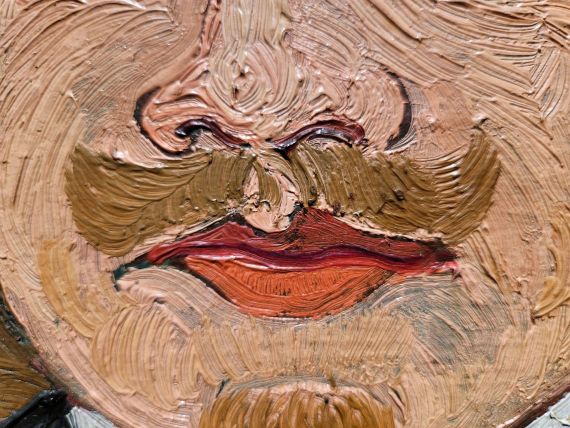 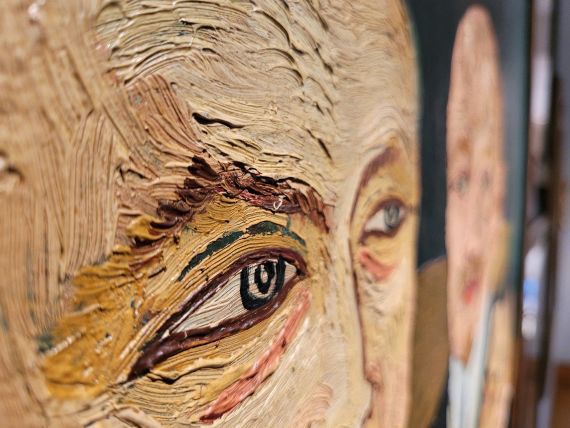 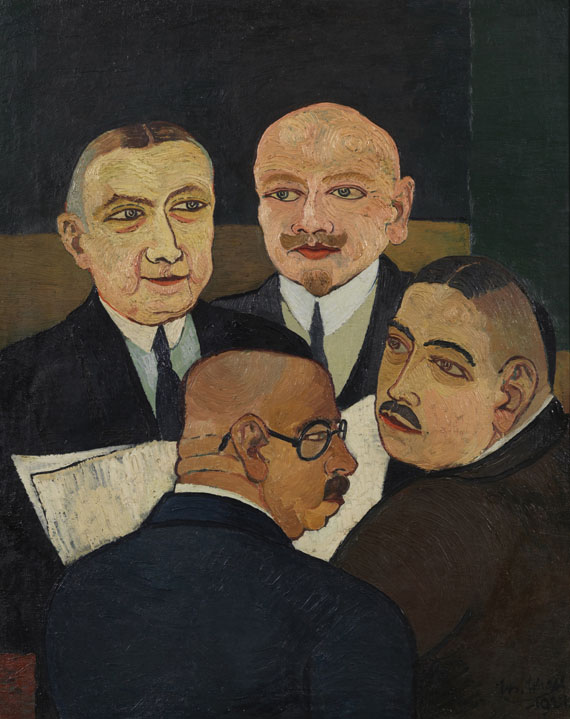 • Scharl's pictures that dissect the society of the 1920s are the absolute highlight of his creation.
• Wonderful character study of the political class in the Weimar Republic.
• Multi-figure scenes from this period are among his most sought-after works.

Scharl is a people painter whose special artistic quality becomesparticularly obvious in his strong character portraits, which repeatedly show simple workers and soldiers in their physicality, tortured by life or death, in anunadorned directness. Above all, this can also be seen in his wonderful multi-figure paintings of the society ofthe 1920s. In the typical style of the Twenties, Scharl put the political characters of the Weimar Republic in "Konferenz / Die Gruppe"on the canvas in his characteristic moving lines inspired by van Gogh. In the back right Stresemann, the Reich Chancellor and later Reich Minister, can be seen, whose bald-headed physiognomy Scharl captures in a masterfully exaggerated manner. Even if it is less caricatured, our strong character study is comparable to the contemporary creations of a George Grosz, whose famous depiction of the "Stützen der Gesellschaft" (Pillars of Society, 1926, Nationalgalerie Berlin) has become part ofour collective visual memory. Scharl's dissecting images of society from these years, such as "Konferenz/ Die Gruppe " or "Blinder Bettler im Café" (1927, Kunsthalle Emden), "DreiKorporierte (Larven)" (1925, Lenbachhaus Munich) are among the best that Scharl's oeuvrework has to offer Has. And so it is not surprising that the "Große Gesellschaft (Theaterpause)" (1930) and the social study "Der Abend" (1925), which we sold in 2018, are among the artist's top three hammer prices on the international auction market. In the 1920s, Scharl was in the heyday of his creation, he joined the artists' association "Neue Münchner Sezession" and the "Juryfreien" and showed works in their exhibitions with great success. With the beginning of National Socialist cultural policy, there was a decisive turning point in the 1930s: sales and exhibition participation decreased, Scharl's financial situation worsened and he was banned from painting. Nevertheless, Karl Nierendorf made it possible for him to have a solo exhibition in 1935. An invitation from the Museum of Modern Art in New York to take part in an international exhibition together with Beckmann, Scholz, Heckel and Hofer prompted Scharl’s plansto emigrate to America in 1939. [JS]
More Information
+
Sell
Get a free appraisal for a similar object!
+
Register for
Josef Scharl
+
Buying from A-Z
+
Contact a specialist
+
Josef Scharl Biography
Share