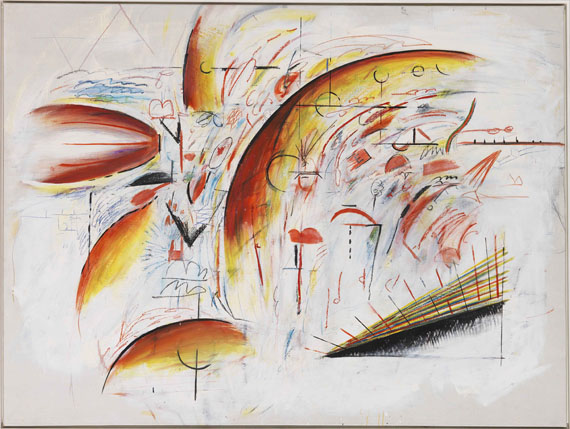 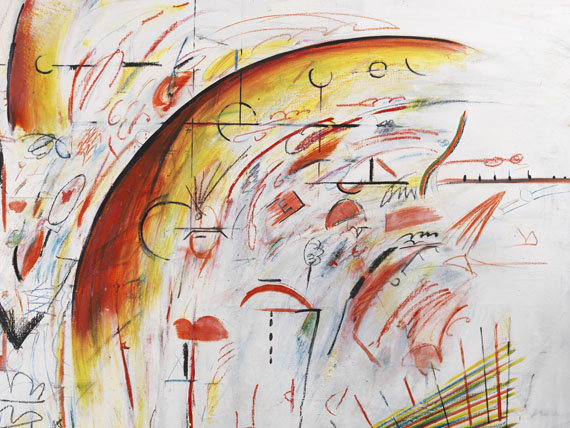 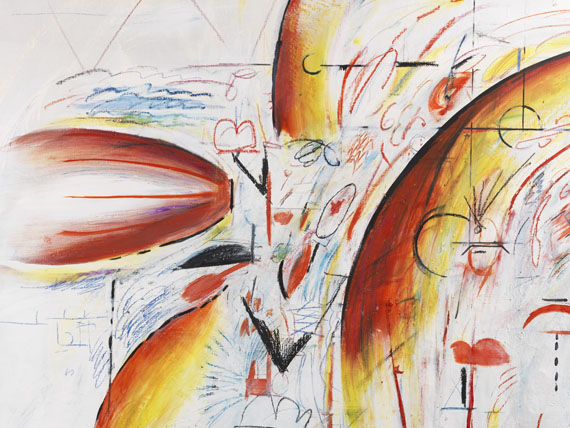 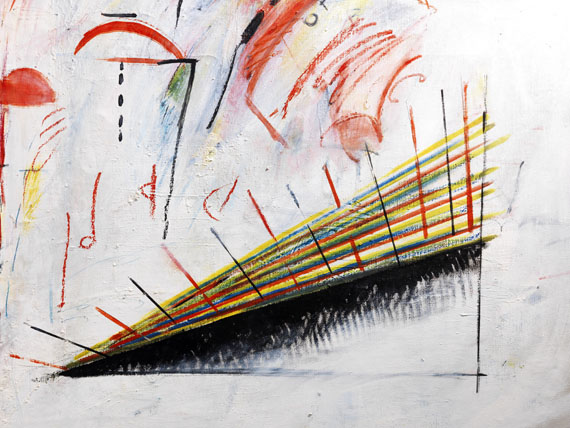 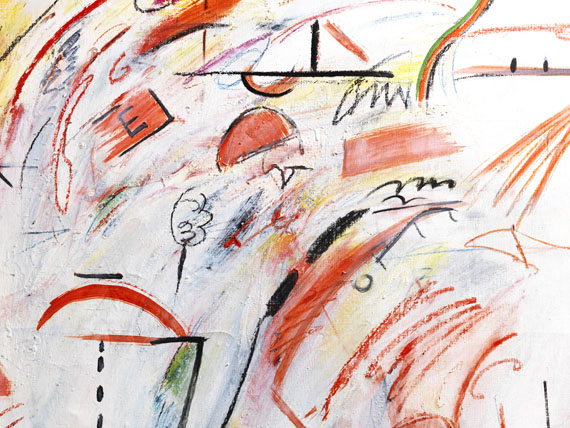 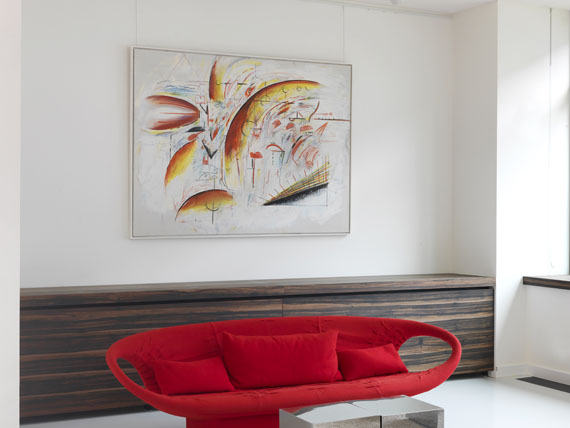 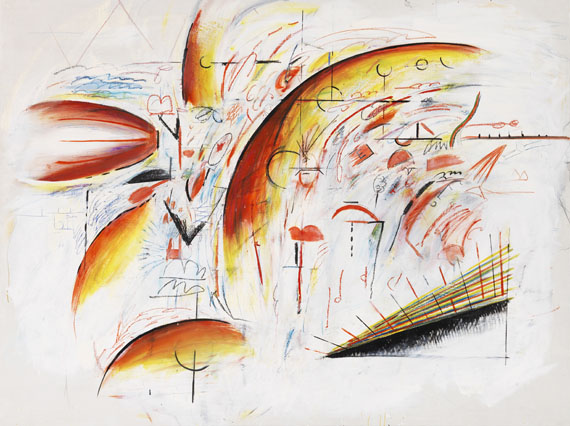 The break marked by the Second World War also led to a break in the history of art. If tendencies towards abstraction had already developed, the restrictions of the Third Reich and the war led to an interruption of this development. After the end of the war, all social aspects were affected by the zero hour, including art. The desire for a freedom encompassing the whole world ultimately had to be reflected in the language of art. The "abstraction" movement became an art tendecny that bore Action Painting and Abstract Expressionism in America, and found a similar form of expression in European with the Informel. In Germany, especially in Düsseldorf, a scene emerged that brought two groundbreaking directions in post-war art to light. On the one hand the "ZERO" movement around Heinz Mack, Otto Piene and Günther Uecker, on the other hand the "Group 53" with Peter Brüning, Karl Otto Götz and Gerhard Hoehme as the center of the German Informel. Brüning first developed a visual language characterized by dense black meshwork of lines, they dissolve into cipher-like compositions that float freely in space. His goal was to make motion visible in a rhythmic painting gesture. Accordingly, lively calligraphic lines applied in varying thicknesses, embedded in an often delicate and restrained color scheme cam be found in his serial compositions. This impulsive and spontaneous, but still intellectually controlled gesture of painting reveals its lyrical-dramatic sensitivity to us in a kind of psychogram. The composition "No. 10/64 (légends I)" marks the transition to the so-called "Légendes" group of works, which consist of cartographic symbols. For Brüning himself, these pictures represent a further technical development of his imagination which aims to make the picture itself a reality. "I chose this type of painting because, in contrast to an individual interpretation, it is an anti-individual one, that is to say, cartography is a language that is generally understandable. It was not invented by an individual, but based on a collective agreement." (Brüning, in: Otten, p. 484). [SM]
More Information
+
Sell
Get a free appraisal for a similar object!
+
Register for
Peter Brüning
+
Buying from A-Z
+
Contact a specialist
+
Peter Brüning Biography
Share