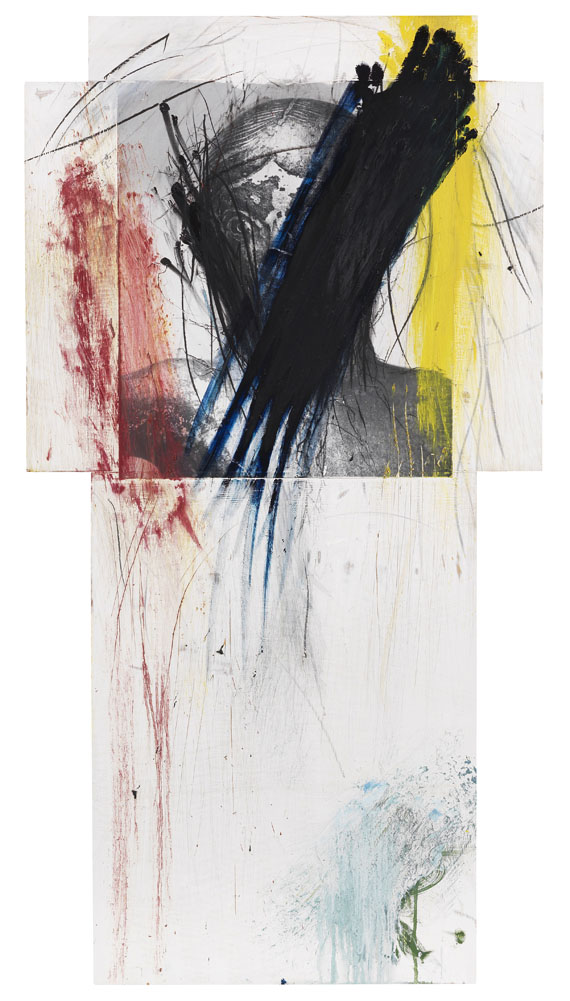 • Overpainting is the key principle of his art
• Arnulf Rainer is one of the most significant contemporary Austrian artists
• 'Kreuzübermalungen' (Corss Overpaintings) count among his most sought-after works
• Impressive format
• Arnulf Rainer is a self-taught artist, after just a few days he left the Vienna academy because of an artistic controversy.

Accompanied by a photo expertise issued by the artist on April 7, 2018.

"The cross has become my basic figure. I just can't think of anything else that challenges me and makes me angry and so hard working, which is why I keep going back to it." Arnulf Rainer, quote from: Friedhelm Mennekes - Das Kreuz als Realpräsenz in: Johannes Röhrig, Arnulf Rainer - Kreuz-Weisen, Kunst-Station Sankt Peter Cologne, Cologne 1992, p. 12. 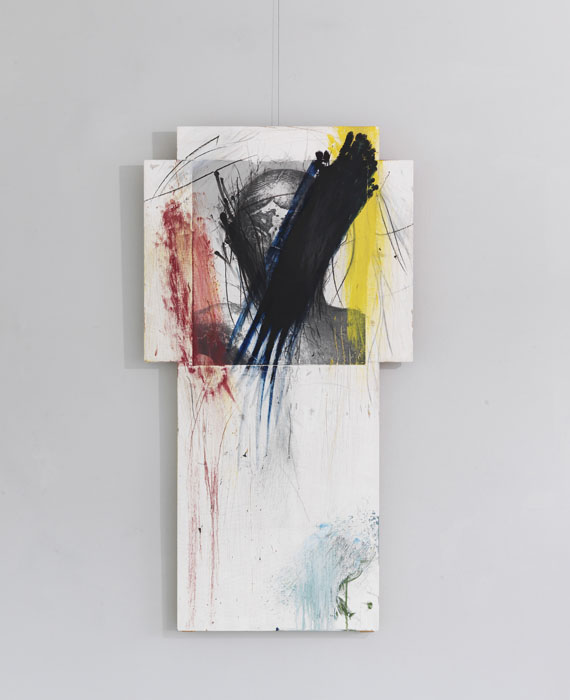